This post is designed to introduce myself as a member of the Engineering Life team. Hello. I am Dominic, and I am a historian of science. Because of the kind of research questions I have typically chosen, I have always worked on scientists that are long dead. They’re great! Their archives are often accessible, provided someone had the good sense to archive their work in the first place (and if you yourself are a scientist you should be looking into ways to do this too, for yourself and your lab). Nor can they get in the way with their own view of what actually happened. It’s true that autobiographies are useful, and talking to their relatives or people who worked with them is an essential part of the research process, but at the end of the day I get to write the history (and even if I deliberately adopt a writing posture that accommodates multiple interpretations, it’s still me who gets to organise things). Lastly, you can’t piss them off.

My research questions have now developed in a new direction, and as part of Engineering Life I will be bringing a historical perspective to bear on that most contemporary of biosciences: synthetic biology. Fortunately I am far from alone in these efforts, and aside from my colleagues here at Edinburgh, the historicization of synbio has already begun thanks to the likes of Luis Campos, Evelyn Fox Keller, and Sophia Roosth. 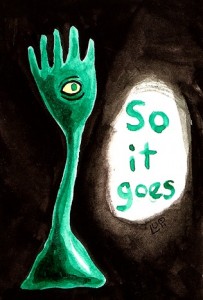 So how am I going to start making the transition from the past to the present, or rather, start seeing the past and present simultaneously? Well, my starting points will be something that two recent authors have complained bitterly about. “If preemptive analogizing is both rampant and low on the serious speech act metric, equally futurology is not the answer to emergent things.”* I will be doing both! But this requires a little more explanation.

The analogizing Rabinow and Bennett are taking aim at is of the superficial type, where people notice a certain (often compelling) surface similarity between two things, and then assert them to be the same. Such analogisers often then go further, professing that any manipulations which worked on the one will work in precisely the same way on the other. As you can guess, this is not the kind of analogising that I will be doing. Instead, I would like to compare and contrast synthetic biology with an earlier discipline that appears to share very similar trajectories and ambitions, namely genetics. The principle analogy that I am working on is that the earliest geneticists also cast their science in the terms of making biology engineerable, just as synthetic biologists are doing today. However, rather than stay at this level, I will go deeper, looking at a range of potential historical trajectories for genetics, within which engineering language was more or less troublesome or effective, and which therefore may prove to be more or less troublesome or effective for synthetic biology. If all goes well, the conclusions that I arrive at will make synthetic biologists more effective as researchers and as a community, all the while ensuring a more rounded understanding of synbio within policy circles (always circles!) and – provided I am sufficiently good at my job – the public too. In short, my analogies are tools for entry into the present through the past.

What of futurology? Well again Rabinow and Bennett are critiquing something more specific. The futurology they dislike is of the kind that measures current trends and then projects into the future: think of lines on a graph. My futurology is different, and is – as far as I can see – of precisely the same kind that R&B are themselves interested in when they say they want to ‘inflect’ synbio. What synthetic biology means is currently up for grabs. Those who want to get involved can try and anticipate where it might go, what meanings it might be able to have in local and global contexts, and attempt to change (or maintain) the world accordingly. This requires a certain amount of imagination and description of what the future could be like, and here it helps to be able to say what the world was once like. Perhaps that last bit is horribly naïve, and in five years time (after synbio has been bought by Alphabet and we’re all living in Gas Town because some neonucleotides got weaponized) I’ll regret it. But until then; it fascinates me that synthetic biologists seem to care about intellectual property, it fascinates me that they are reconfiguring the arrangement of values attached to making and knowing, and it fascinates me that they are attracting so much funding and attention from national governments.

That should be enough by way of introduction, I will leave you with two clear goals that I have set myself while working with synthetic biologists in particular. These are not the sum total of everything I hope to achieve in my time on the Engineering Life project, nor are they my priorities. They are just two goals that are easily expressed, and which help to illustrate the kind of work that I do.

The history of biology is ripe for exploration and full of episodes that can directly inform contemporary problems in synbio, including how to be certain of the identity of the organic material one is working with, the management of intellectual property, collaborations between industry and public funding bodies, and so on. My goal here is not necessarily to displace the history that synthetic biologists have built for themselves (around computing and engineering), but to augment it, making engineering and biology equally attractive pools for inspiration.

I imagine this goal will meet with the most resistance from the community itself, but this will perhaps be based on anxieties about my motivations. I am not out to prove that engineering is actually crap, far from it. I am out to prove that engineering is even more interesting than they realise. My hope would be that by taking a closer look at the actual history of engineering and how technology develops, will help synthetic biologists reassess their goals and ambitions, perhaps even the way in which they organise their research (all of which appears to be happening without any help from ineffectual old me).

Please do get back to me with any feedback on this post, or if I have said anything immeasurably stupid. As ever, I will interpret silence as praise.