Climate Skepticism or Denial? The Battle to Inform Public Opinion

In this blog, Dr. Richard Milne argues that one of the key battle grounds in climate science will be fought with the world’s media.  He makes the case that the battle will be lost or won by the ways in which we learn to communicate accurate science to the general public and the media – and in doing so, influence public opinion. 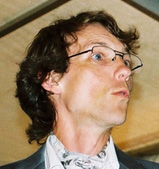 This week, national newspapers and the BBC have all reported back from a press conference called to discuss the supposed “stall” in global warming.  Most have reported the science fairly accurately (even the Daily Mail, which doesn’t have a good track record here).  However, in many cases the viewpoints of climate “skeptics” have been presented and not challenged.  That is a dangerous oversight.

Let’s be clear: climate “skeptics” do not have a leg to stand on.  Back in the 1980s and early 1990s, gaps in our understanding of climate change made climate skepticism a legitimate position, and such skepticism helped drive scientists to close the gaps, leading to a robust mountain of evidence confirming that CO2 from humans is warming the planet.  Perhaps the last genuine skeptic was Richard Muller, who led the massive BEST project, which reanalysed climate data from scratch, and came up with exactly the same conclusions as the IPCC.  We are left with a small band of maverick scientists, most of them not trained in climate science, who refuse to accept man-made climate change no matter what evidence is thrown at them.  Such mavericks exist outside of every major scientific consensus, but in other fields they languish in obscurity unless they find evidence to prove themselves right.  Not so climate “skeptics”: right wing media and politicians are lining up to shove them into the public eye.  For example, right-wing politician Nigel Lawson set up the GWPF to publicly oppose action to tackle climate change, but only one of its 24 academic advisors has training in climate science.

In reality, every single argument put forth by the “skeptics” falls apart if treated with genuine skepticism. This is the premise of the excellent website “scepticalscience.com“, which is a great place to go if you hear an argument against man-made global warming that you don’t know how to refute.  A true skeptic, when faced with two competing hypotheses, will subject each one to equally rigorous scrutiny, much like Jeremy Paxman interviewing two politicians of different parties.  However, climate “skeptics” invariably accept without question any argument that appears to refute man-made climate change, while rejecting automatically any that supports it.  That is not skepticism, it is denial. 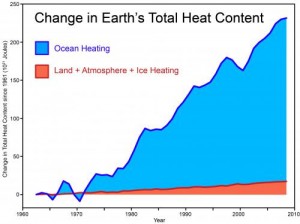 Discussing the “stall” in global warming, none of the journalists gave enough emphasis to the key point: that ocean temperatures have climbed steadily, and in uninterrupted fashion, even as temperatures on land wobble up and down a bit.  Perhaps scientists haven’t emphasised this enough.  Conversely, both the BBC and the Independent (usually the most accurate newspaper on climate change) mention the views of “skeptics” without challenging them.  The Independent states in one place that “Skeptics claim that this shows there is not a strong link between the two, whereas climate scientists insist that rising carbon dioxide concentrations are largely responsible for the rise in global temperatures.” That is like saying “some believe 2+2=4, but others think 2+2=5”.  Imagine hearing that from a Maths teacher, without subsequently explaining why 2 + 2 is certainly 4.  The BBC article states that “climate sceptics have for years pointed out that the world is not warming as rapidly as once forecast,”  and ends with  “many people will take a lot of convincing.” All three quotes serve to legitimise climate “skepticism”, whether they intend it or not.  They will be seized upon by those determined to believe that there isn’t a problem: as noted above, they’ll ignore the rest of the article, and take away the message that even the BBC isn’t convinced that the climate scientists are right.  Were there not a co-ordinated campaign to avoid action on carbon emissions, all this might not matter.  But there is, so it does.

Climate “skepticism” has gradually transformed from legitimate scientific doubt into the most well-funded and co-ordinated propaganda campaign that the world has ever seen.  Fox News is constantly telling viewers that climate change is either natural, or a hoax. The Koch brothers plough enormous sums into funding climate denial at all levels, while right-wing organisations like the CATO foundation pay expert misinformers like Patrick Michaels to tell the public they can keep burning fossil fuels.   In America and Australia, the main opposition parties are controlled by climate deniers, indicating that a large section of the electorate either reject climate science or do not view rejection of it as a reason to vote against someone.  Even in Britain, climate “lukewarmist” Peter Lilley is on the commons energy committee, and the climate-denying UKIP is gaining political ground.   These people have real influence.

If your national football team needs to beat Brazil 7-0 to progress to the knock-out stages, one is tempted to smile and say, well there’s still a chance then, isn’t there?  This is the great triumph of climate “skeptics”.  Even if wise people don’t believe them, they have planted in our heads the possibility that climate scientists might be wrong, and that we can carry on regardless.  Although the BBC article makes clear elsewhere that warming is fully expected to continue, it leaves the door open for this delusional hope that climate change might just go away if we do nothing.  It is therefore feeding the agenda of the “skeptics”.

It is surprising to me that journalists can grasp the basics of climate science, but not public opinion, which you’d think they should be experts in.  If human civilisation is to carry on in a recognisable form into the next century, we need to act now to reduce greenhouse gas emissions.  That will only happen if public opinion is strongly behind measures to cut emissions, and accepting of short-term costs to these.  This in return is reliant on public opinion catching up with what scientists already know: climate change is real, dangerous and most certainly down to us.  To this end, “skeptical” voices need to be challenged wherever they pop up, and the last thing we need is confused journalists helping them out. Credit is due, therefore, to the Guardian, who pitched their article on the topic just right.