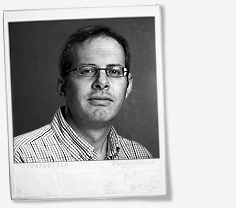 In this blog post Dan Van der Horst explores our very human relationship with energy.  He challenges us to peek over the garden fence at the smorgasbord of sustainable energy practices being creatively devised and adopted by our European Neighbours.   Dan argues that a ‘keeping up with the Joneses’ attitude may well be what we need to inspire us to reimagine our Nation’s energy options – and may even motivate us to aspire to be future leaders in the sustainable energy market.

Energy is like blood; we can’t do without it but we don’t want to see it. When it comes to the energy debate, much of the focus is about what we don’t want. There are backbenchers who don’t want wind farms in one’s pleasant green, and parties who proclaim they don’t like nuclear. Where there was once a political reluctance to depend on domestic coal, these days our dependency on oil or gas from parts of Asia does not sit comfortably either. Collectively we sound almost like a protest party; blaming the government du jour or politicians in general, distrustful of those foreign ‘Big Six’, we want power returned to us, without too much of a plan as to how that’s done. .  Some of us have dreams, for sure;  fracking revolution, 100% renewables, nuclear renaissance, take your pick.  And then we are rudely woken up by another IPCC report about climbing emissions and pathetic little mitigation and adaptation to date.

Given the threats of climate change, our creaking energy infrastructure, the ongoing depletion of easily accessible resources and the growing issue of fuel poverty it is very clear that significant changes and investments are needed in our energy system. It’s not a shortage of good science that’s standing in the way. It’s a dearth of imagination, of ourselves as citizens and of the governments we elect.  We don’t even have to be original in order to be imaginative, there is plenty of inspiration out there, for us to bring home.  How much renewable energy would we have if we had been as imaginative as the Danes or the Germans?  How much safer and cleaner would your city be if it had reversed the urban pecking order between bikes and cars, like the Dutch have done, or had introduced congestion charges like London has?  How much wind power would we have if we lined up all our motorways (already noisy and lacking in aesthetic appeal) with wind turbines?  How much heat is being dumped into the atmosphere by our electricity-only power plants, and how many people in neighboring communities could be lifted out of fuel poverty is this heat was offered to them through district heating at a competitive price?

These are just some ideas that have been widely adopted by our neighbours.  It is not something futuristic or utopian, it is ‘normal’ next door. We should not waste much time with alternative history (if only we had done x in the past), but devote more effort to imagine a counterfactual geography; comparing ourselves with the best and keeping up with the Joneses in terms of more sustainable energy practices.  Maybe even beat them to it one day, and then watch in glee as they run to catch up with us.  ‘green’ with envy, if you like.

The above questions are not just rhetorical. Get a pen, calculator, back-of-an-envelope and google; every geeky citizen could do this.  I had a go at the first question. Turns out that we would have to quadruple our current on-shore windfarms before we can match the Germans on a MW/km2 basis, and increase them by 6.5 times before we match the Danes on a MW/capita basis.  That is a lot of energy we allow to blow right past us, wasted. The Danes and Germans are not radical people. They are trying to be responsible citizens, taking their little steps towards the goals set out in the IPCC reports. We don’t have to follow them slavishly. Filling the land with wind turbines is not the only way forwards. But if you want to forego one particular solution, then you have to be extra imaginative with the remaining options.  Go get your pen and recycled paper. And share your imaginative solutions, also with your MP.

One Response to The Counterfactual Geography of More Sustainable Energy.