Posted on December 18, 2014 by gesafacilitator 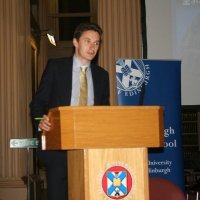 The presence of minerals on the deep seabed was first discovered by the HMS Challenger expedition in 1873. Polymetallic nodules and other seabed resources (polymetallic sulphides and crusts) offer abundant supplies of valuable minerals, including manganese, cobalt, copper, gold, silver and several so-called rare earth elements.

Despite our knowledge of this (literal) goldmine at the bottom of the oceans, it was not possible to exploit these riches for almost 100 years due to their inaccessibility. Yet, the profits to be gained from mineral mining on the ocean floor have meant that millions of dollars have been invested in developing the technology to conduct deep seabed mining on a commercial scale. In the last few years, mining companies have announced technological breakthroughs and it is widely anticipated that deep seabed mining will become a reality within the next decade.

This development has a number of potential benefits. Firstly, it addresses concerns about the growing scarcity of many valuable minerals required for manufacturing items that are in increasing demand in modern society, particularly communications and computing equipment, as well as renewable energy technologies (components of wind turbines, solar panels and energy-saving light bulbs). There are also potential broader benefits of deep seabed mining. The legal regime for the regulation of deep seabed mining beyond national jurisdiction, contained in the 1982 United Nations Convention for the Law of the Sea, declares that the mineral resources of the deep seabed are the “common heritage of mankind”. Thus, the profits to be obtained from seabed mining are to be equitably distributed amongst the international community, taking into particular consideration the interests and needs of developing countries.

Yet, not everyone is thrilled at the prospect of deep seabed mining. Critics point out that we know very little about the marine environment on the ocean floor and therefore we should proceed with caution before authorizing commercial activities. It has been suggested that deep seabed mining poses unacceptable risks, including direct damage to vulnerable deep seabed ecosystems, as well as noise, light and other forms of pollution from mining activities. As a result, groups such as Greenpeace and Friends of the Earth have called for a moratorium on deep seabed mining. They argue that a precautionary approach[1] is required and this activity should not be permitted to commence until independently verified research has been conducted in order to demonstrate that ecosystems will not suffer long-term negative impacts.

Even the International Seabed Authority, which is responsible for overseeing the deep seabed mining regime beyond national jurisdiction, has admitted that seabed mining will cause “inevitable environmental damage.” Yet, a precautionary approach to deep seabed mining does not necessarily entail a full-scale moratorium until there is evidence that no harm will be caused. The international regime for deep seabed mining beyond national jurisdiction already requires mining companies to conduct environmental impact assessment and continuous monitoring of mining operations. Moreover, the International Seabed Authority is empowered to oversee the activities of commercial mining companies and to step in if serious damage is caused to the marine environment. The International Seabed Authority has also provisionally established nine protected areas in the central Pacific where no mining will be allowed to take place and it can require mining companies to establish additional “preservation references zones” within their mining areas. Supporters of the commercial seabed mining argue that these measures are sufficient to prevent the type of long-term negative impacts that worry environmental campaigners. Furthermore, such an approach is arguably in accordance with the concept of sustainable development, which requires a balance between economic development and environmental protection, ensuring that resources can be exploited for the benefit of both present and future generations.[2]

[1] Principle 15 of the Rio Declaration on Environment and Development on the precautionary approach says that “where there are threats of serious or irreversible damage, lack of full scientific certainty shall not be used as a reason for postponing cost-effective measures to prevent environmental degradation.”

[2] The Brundtland Commission defined sustainable development as “Development that meets the needs of the present without compromising the ability of future generations to meet their own needs”; The World Commission on Environment and Development, Our Common Future (Oxford University Press, 1987) 43.