Keeping the Buzz on – Interdisciplinary Reflections on the Protection of Bees 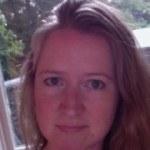 We care about bees. Bees are unusual insects in that we humans find them so appealing. The publicity about the decline of bee populations has led to people donning bee costumes and lobbying parliaments about pesticides, the planting of wild meadows and the lobbing of wild flower ‘seed bombs’ into uncultivated ground. Urban beekeeping is fashionable, and bumblebee sightings are recorded on Twitter. Bees contribute to our economy through pollination: one third of the plants that we eat are insect pollinated. Bees are also important for other species. We do not care about other insects (pollinating or otherwise) in the same way as we do about bees, even though other insect species are also under threat. Perhaps we can see bees as the pandas of the insect world: they are charismatic and draw attention to problems that also endanger many other insects.

Why is it that the decline of bee populations has led to such an outpouring of human activity and emotion? The environmental philosopher Freya Matthews (2011) argues that this is because bees are essential to the human story: first because bees are a keystone species – without them the biosphere will decline, and the biosphere itself is a story we tell to give our place in the world meaning. Second because interconnections on which the biosphere depends can be seen in miniature in the beehive. Without the beehive, then, there is no meaning.

The reasons why bee populations are in decline are multiple. Despite the publicity about Colony Collapse Disorder (in which an entire colony of honeybees suddenly disappear from the hive), this is only the most recent of threats to bees’ ability to thrive over the last century. Over the last fifty years a range of pathogens have threatened bee health: the fungal infection Nosema, American Foulbrood, European Foulbrood, the Acarine tracheal mite, Kashmir bee virus, Israeli acute paralysis virus, black queen cell virus, deformed wing virus and Kagugo virus. Most significant of these pathogens is the varroa mite (aptly named Varroa destructor), a parasite of honeybees which reduces their ability to fend off a range of viruses, bacteria and fungal infections.

Modern agricultural practices are also a threat to bees. Whilst honeybees, bumblebees and wild bees are necessary to pollinate one third of the world’s crop species, our farming techniques are making it more difficult for them to survive. Pesticides, which are sprayed on crops to kill nuisance species, can also kill bees. When large areas of land are devoted to growing just one crop there is only forage for bees for short seasons. These seasons of plenty are followed by famine. This is exacerbated with the use of herbicides on agricultural land (and in public and private gardens) which deplete the wild flowers on which bees feed. Many bees are undernourished.

The pollination ‘services’ of bees also leads to stress, especially in the USA where migratory beekeepers are paid by farmers to transport truckloads of hives of honeybees to pollinate their crops. Hannah Nordhaus (2011) has described the most extreme example of this is in Central Valley in California. There, 800,000 acres of land are devoted to almond cultivation. It is said that 80% of the world’s almonds are cultivated in Central Valley, and that one third of all the honeybees in the USA are transported to Central Valley in January and February. The population density of bees is intense which exposes them to a wide range of diseases. The farmers treat the almond blossom with pesticides that can be harmful to bees. Finally, the bees have a longer working year. Normally bees are dormant over winter, but in order to pollinate the almond blossom, they must be woken up and fed sugar syrup and pollen to convince them that it is spring and to start working again. It is thought that this disruption of the annual rhythm could be causing harm to the superorganism of the hive. It is ironic that without the almond crops migratory beekeepers in the USA would not be able to make a living, because competition resulting from cheap imports of honey from China mean that they do not get a sufficient income from sales of honey alone.

Globalisation plays an important role in these threats to bee populations. When bee colonies die, beekeepers need to buy new honeybees, and so there is now a global business in honeybees which are transported around the world. Bumblebees are also global travellers. Glasshouse grown tomatoes are tastier if they are pollinated by bumblebees, and so across the world tomato farmers import commercially-reared bumblebees which are distributed by just a few companies. When bees travel, there is a risk that they carry with them pathogens: small hive beetle is the latest threat. Originating in South Africa, and now reported in the USA and Italy, British beekeepers say that without import restrictions, it is only a matter of time before it reaches the UK. Small hive beetle destroys honeybee comb, brood and stores, and currently there is very little that can be done to control it.

It is clear that human activity has made a large contribution to the decline of bees. So how can we humans protect them? Much of the scientific work being carried out to understand threats to bees is framed as if bees lived in one world (nature) and humans occupied another (culture). What would happen if we reframed some of the questions we asked about bees and included humans and other species in our thinking? What if we ‘look up and around, at least for a moment and were reminded that there are always other things in the vicinity [of bees], lots of them, and not just one.’ (Bingham 2006: 484) What would we see? All sorts of human beings come into the picture – beekeepers, in all their complexity (commercial beekeepers, urban beekeepers, hobby beekeepers, ‘natural’ beekeepers), policy makers in rural affairs and agriculture, town and parks planners, scientists, consumers (of honey and the foods pollinated by bees), gardeners, farmers, activists, chemical companies, the military (Kosek 2010), food marketing boards (the successful marketing of blueberries and almonds as superfoods has increased demand for honeybee pollination of these crops). What kinds of economies do these different humans create, and how do these economies effect the lives of bees? What contradictions lie in the use of chemicals – they are not only used by farmers, but also by beekeepers to kill varroa mites, and gardeners to reduce the amount of grass before planting wild flower meadows. How are our landscapes changing –might cities become wildlife trails, and farms the centre of industry?

Since the ancient Greeks, honeybee society has inspired our political philosophy and shaped the way we think about ourselves. Contemporary beekeeping practices have created the contemporary honeybee (Kosek 2010). What kinds of future worlds can we imagine for bees and humans, if we view forms of life as a collective, instead of occupying separate zones of nature and culture?

(* recommended for the reading group)

Nordhaus, H. (2011). The Beekeeper’s Lament. How one man and half a billion honey bees help feed America, Harper.

Dr Rebecca Marsland is a Lecturer in Social Anthropology at the University of Edinburgh. She currently holds an ESRC Transforming Social Science grant for a research project called Beelines which explores on human-bee relations. For more information about Beelines see: http://www.san.ed.ac.uk/research/grants_and_projects/current_projects/beelines