Posted on August 10, 2016 by gesafacilitator

Brazilians lack the British obsession with weather.  I often start conversations by commenting on how sunny it is, only to remember that every day is sunny in Brasilia.  Talking about water is perhaps the closest equivalent. Most Brazilians have an opinion on the subject – whether about the standing water that breeds zika- and dengue-spreading mosquitoes, regional droughts, or poor sanitation.

The subject hit the international headlines last year when Sao Paulo, a city of 20 million people, nearly ran out of water.  By the end of the dry season in September, the city’s main reservoir was running on dregs, or “volume morto”.  Water pressure was reduced and poor households frequently went hours without supply.  Thankfully, reserves have risen since then and the worst crisis was avoided. A strong El Nino has helped here (though not in southern states and nearby Uruguay and Paraguay, where 150,000 people were displaced by Christmas floods). Experts think Sao Paulo will probably need to use back-up supplies again this year nevertheless.

Posted on July 1, 2016 by gesafacilitator

END_OF_DOCUMENT_TOKEN_TO_BE_REPLACED

What would Brexit mean for efforts to tackle climate change?

If, as according to superstition, wood provides reassurance when touched, then the Climate Change Act 2008 performs the same consoling function when it comes to Brexit and UK climate policy. “We won’t be serious about tackling climate change without the guiding hand of the EU”, people may fret, only to contemplate the solid legal fact of the Act and find their fears subsiding. And yes it’s true that the Act, regardless of EU membership status, commits the country to reducing greenhouse gas emissions by 80% by 2050. But however ambitious this seems, the reassurance offered looks less and less solid the longer and harder you look.

For a start, although the 2050 goal seems to lock Britain in long-term, in the global context of achieving net zero emissions some time before 2100, it leaves fifty years unaccounted for. As Charlotte Burns of the University of York points out, one justification for the stringent carbon budgets in the Act was that the UK would be required to meet them anyway under EU law. Out of the EU, and outside its obligations, it follows that carbon legislation for post-2050 may not be so tough. Then there’s the possibility we don’t adhere to the Act in the period to 2050. Even within the EU there are concerns about whether we will meet our carbon budgets. Out of the EU this lack of commitment could transform into something much worse: a watering down of the Act or even, as UKIPand some Tories advocate, repeal. END_OF_DOCUMENT_TOKEN_TO_BE_REPLACED

The front page of The Economist this week (February 27th-March 4th2016) proclaims “Brexit: Bad for Britain, Europe and the West”. Turn tothe Leader on page 9 and it is argued that not only would Brexit be damaging to the UK’s economy and security, it would also have wider European and global ramifications that “go beyond economics”.  Whilst examples of these wider impacts are given, the article makes no reference to Brexit and climate change.  There is, however, considerable debate, elsewhere.

Carbon Brief is a UK-based website currently tracking the opinions of key players in energy and climate change, in addition to other influential views that reference these topics in relation to the 23rd June vote. As of 27th February 2016, the tracker had twenty entries; four ‘leavers’ and sixteen arguing that Britain should stay in the EU.  Whilst the quotes from leavers focus on the perceived damage to the UK from EU energy policies, if challenged with regard to action on climate change, they may perhaps choose to focus on the fact that (in theory) the Climate Change Act 2008 commits the UK to reducing greenhouse gas emissions irrespective of EU membership status.

END_OF_DOCUMENT_TOKEN_TO_BE_REPLACED

I woke up several times during the night last night. A few times because of the fluctuations in temperature: the heating couldn’t be turned up or down, so instead was being turned off and on again every once in a while when the carriage got too hot and then when it got too cold. Another time because I drooled on my neck pillow. And a final time when someone stepped on my bare toe with the heel of her shoe.

This is how I spend two nights a month: sprawled in a chair on the sleeper train between London and Edinburgh, part of a longer journey to get me from Nijmegen, the Netherlands, where my husband is a post-doc, to Edinburgh, where I’m doing my PhD. The rest of the trip involves a 3 hour train between Nijmegen and Brussels, changing in Roosendaal, and 2 hours on the Eurostar between Brussels and London. The whole lot takes about 12 hours door to door.

END_OF_DOCUMENT_TOKEN_TO_BE_REPLACED

Since the first establishment of the scientific evidence for climate change, there has been a political focus on reducing GHG emissions to mitigate the problem. Increasingly however the realisation has come that the world is already committed to some level of climate change, which leads to the imperative of understanding climate change impacts and planning adaptation strategies to these impacts. The pathways along which governments pass in gathering scientific evidence and negotiating mitigation treaties is tortuous and riddled with potholes. END_OF_DOCUMENT_TOKEN_TO_BE_REPLACED

Two sides of the climate change coin: climate science and policy after COP21 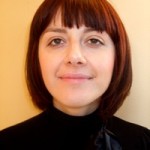 Since the first establishment of the scientific evidence for climate change, little progress has been made in reducing greenhouse gas (GHG) emissions to mitigate the problem. The pathways along which governments pass in gathering scientific evidence and negotiating climate change mitigation measures is tortuous and riddled with potholes. Assistance in this complex and often fraught process comes from the Intergovernmental Panel on Climate Change (IPCC). For several years, this body has gathered evidence aimed to support the Parties to the United Nations Framework Convention on Climate Change (UNFCCC) in identifying the causes and projected impacts of climate change, as well as possible action to avert it. In this discussion we will explore how effective the interplay between these institutions has been, and what is the outlook for the future, in the aftermath of the historical adoption of the Paris Agreement at the 21st Conference of the Parties to the UNFCCC (COP 21) held in December 2015.

END_OF_DOCUMENT_TOKEN_TO_BE_REPLACED

Posted on November 30, 2015 by gesafacilitator

“We now have a large alumni network around the world working on climate change. Many of these alums will be at the Paris COP and this time it is their job to be there.“

Six years ago this month we were busy finalising plans for the University of Edinburgh’s delegation to COP 15 in Copenhagen. A large delegation had been out together made up of staff and students from our new MSc in Carbon Management. Hopes and excitement were high. Discussions in lectures centred on what the COP might deliver for business, policy and regulation, while every coffee shop meeting ended up in discussion of who was going to which ‘must see’ side event.

In the event COP 15 was a triumph for our students, despite being an abject failure for the global climate change negotiations.  Partnering with the Scottish Government and the British Council, our delegation led a day of discussions at the COP around Scotland’s role in tackling climate change. The students met a host of state leaders, made some wonderful contacts, and delivered a set of speeches that had every delegate in the place on their feet applauding.

END_OF_DOCUMENT_TOKEN_TO_BE_REPLACED

Posted on November 5, 2015 by gesafacilitator
Can you solve a global issue in 48 hours? 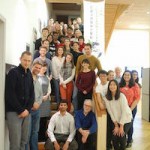 That was the challenge for 45 participants in the Edinburgh Sustainability Jam this year.
In the face of dwindling natural resources, increased socioeconomic pressures and environmental degradation come motivated individuals ready to tackle these issues. This year’s Edinburgh Sustainability Jam fostered collaboration to find solutions to these rising problems. A theme sparked the imagination of participants.

END_OF_DOCUMENT_TOKEN_TO_BE_REPLACED

Posted on November 4, 2015 by gesafacilitator

address the greatest challenge to ever face humankind, by adopting a new climate agreement.

The Paris agreement is expected to bring states out of the impasse that has long affected international climate governance. Eversince the adoption of the United Nations Framework Convention on Climate Change (UNFCCC) in 1992, states have attempted to agree on measures to stabilize greenhouse gas concentrations in the atmosphere at a level that would prevent ‘dangerous anthropogenic interference with the climate system.’ The international scientific body entrusted to assess climate change, the Intergovernmental Panel on Climate Change (IPCC), has indicated that such a level entails keeping below a 2° C increase in global annual average temperature compared with pre-industrial times.