Archive for Faith Based Health Care 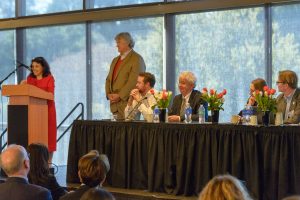 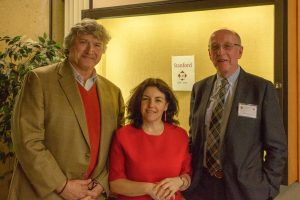 The “new normal” of faith communities engaging in sustainable development was underpinned by the President of the World Bank’s recognition that a new paradigm is necessary within development. Using the framework of liberation theology he posited the importance of building action on a “ preferential option for the poor”. A move to shift development mandates from focusing on developing wealth as a priority to seeing wealth development in the context of a much wider value based paradigm.

He remarked that almost all religions are committed to the poor and vulnerable and have set in place systems to care for the poor, as well as systems to challenge poverty, and the drivers of poverty:

“[True] righteousness is [in] one who believes in God, the Last Day, the Angels, the Book, the Prophets and gives of their wealth, in spite of love for it, to relatives, orphans, the needy, the traveler, those who ask [for help], and for freeing slaves; [and who] establishes Prayer and practices regular charity…” [Quran 2:177]

this is the kind of fasting I want: Free those who are wrongly imprisoned; lighten the burden of those who work for you. Let the oppressed go free, and remove the chains that bind people. Share your food with the hungry, and give shelter to the homeless. Give clothes to those who need them, and do not hide from relatives who need your help. [Isaiah 58:6-7, NLT]

These examples from two of the world’s religions are amplified in other faiths.   But more needs to be done, the shared agenda between the development goal to “ End Poverty in all forms everywhere” and the ethos of Religions to care for the poor should be built upon in new ways.

Goal statements in themselves cannot bring about the transitions required for change.   I believe that there needs to be an investment in the values that underpin development goals as this is where the real and hard work sits and where the biggest differences will be made. Values shape people and belong to people, and as the German Federal Ministry for Economic Cooperation and Development pointed out, “it is the people of faith, the estimated 80%+ of the total world population whose values will determine whether or not the sustainable development goals change the world we live in for good”

As a University what is our responsibility to participate in Sustainable Development Goal One To end poverty in all its forms everywhere?   How and where can the creation, dissemination and curation of knowledge contribute to achieving this goal?     As students, as staff, as alumni and partners of the university we are part of 432 years of knowledge, we are part of a community that spans every country in the world through our alumni presence, both past and current, we are part of a deep and rich hub of information management and sharing capabilities.   We all have the responsibility of taking our University mission of creation, dissemination and curation of knowledge and of applying this knowledge, ours is the responsibility of implementation. And in this implementation we can work together. Knowledge by its very nature is a catalyst for change, and each of us carries this capacity.

In looking through the lens of “preferential options for the poor” the Global Health Academy is seeking to raise scholarships for those who cannot afford the fees for the many innovative online distance learning MSc programmes that we have developed and which target critical global health challenges. We recognize that brilliant minds living in resource poor countries hold the key to bring about change both within their country, and globally. Recognising especially in healthcare the impact and extent of faith community contribution to rural health services we have recently partnered with faith communities to help train doctors for rural family medicine in the new MSc in Family Medcine

This is just one example, the opportunities and the needs are vast and there is always more that could and should be done – we welcome your ideas, stories of knowledge in action and thoughts on what, where and how next.

Dr Liz Grant, Director of The Global Health Academy and member of the working group for the Lancet Series- Faith Based Health Care

Membership of the Global Health Academy is open to everyone with a passion for engaging in global health.