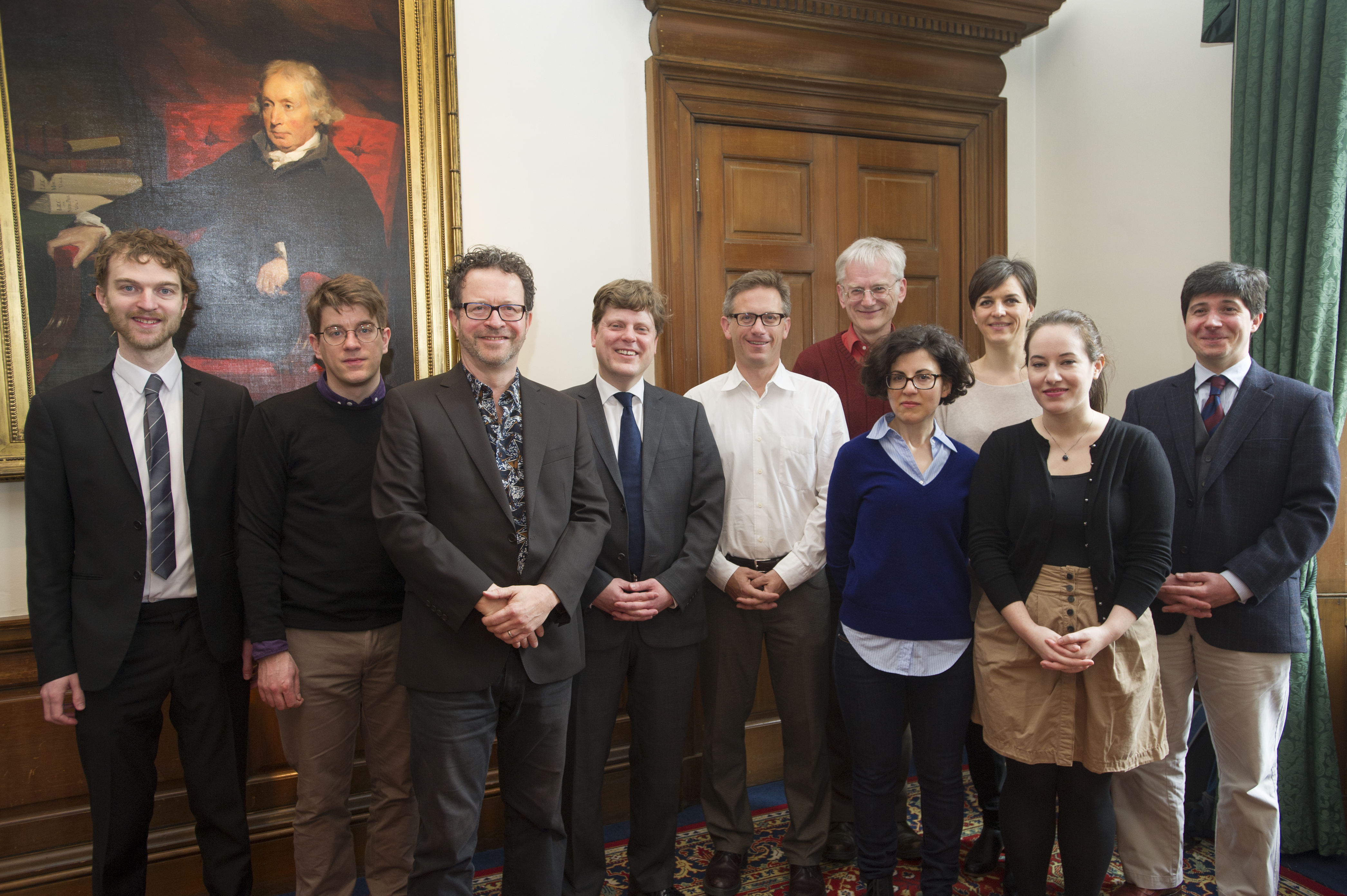 Many of us give time or money to good causes. Often we have a personal motivation for the giving, such as raising funds for our child’s school, or for a medical charity that supports a sick friend or relative. But many of us also give to those with whom we have no connection: the victims of a far-away natural disaster; or those in distant parts of the world suffering harsh poverty. Individuals of limited means and the staggeringly wealthy give freely to help others in need. Carnegie’s wealth funded many libraries and other educational establishments around the world; the Bill and Melinda Gates Foundation helps those in developing countries suffering from disease and poverty. Private giving by individuals is normally seen as a personal virtue of charity. The large giving of individuals to address more general social problems, either directly or through foundations they establish, raises more significant social and ethical issues. These are the issues of justice in philanthropy. Should already wealthy individuals be granted tax-breaks for their philanthropic giving? What rights do philanthropists have to determine the use of their wealth after their death through trusts and foundations? Can social justice be achieved through philanthropy, or does philanthropy undermine egalitarian social relationships between those receiving help and those providing it? And what relationship, if any, should business have with philanthropy? 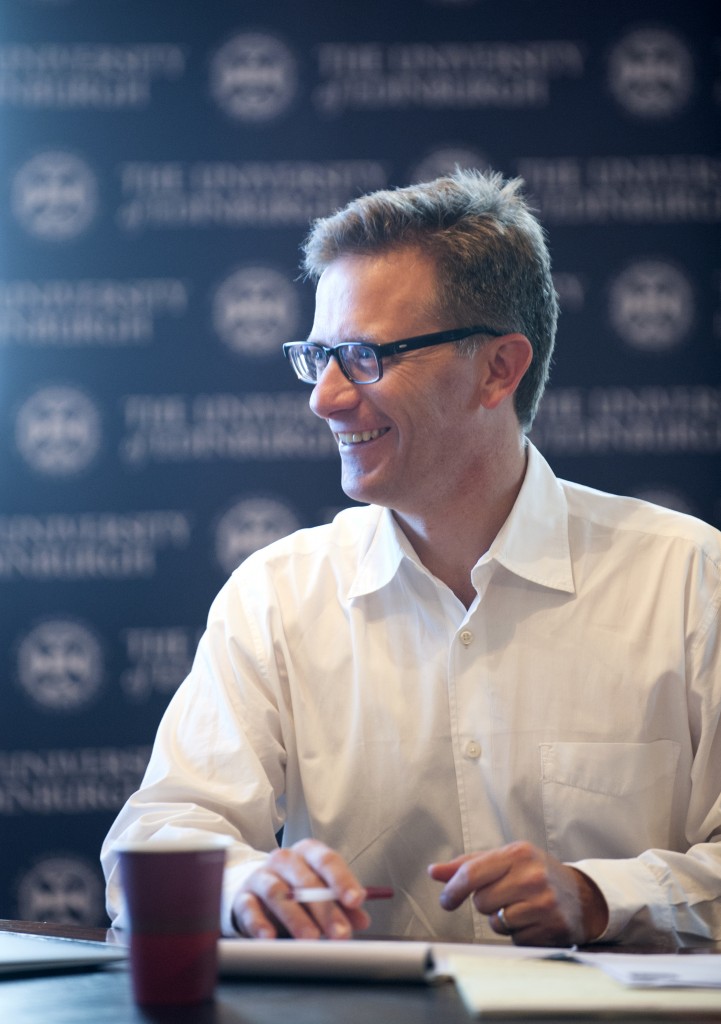 The relationship between philanthropy and social justice poses urgent questions for our communities, yet few have thought deeply about the ethical principles that should guide philanthropy in our societies. Prof. Rob Reich of Stanford University has pioneered scholarship of the ethics of philanthropy and was a distinguished visitor to the Just World Institute where these problems were debated. The Just World Institute hosted Prof. Reich for a series of events considering his work on philanthropy and social justice. In addition to a detailed manuscript workshop on his forthcoming book ‘Just Giving’, the Prof. Reich was the key-note speaker at our conference on ‘Philanthropy and Social Justice‘ that brought together a range of academics and practitioner experts in philanthropy. The event sought to promote a dialogue between policy stakeholders confronting ethical dilemmas in philanthropic work in society and academics studying the social and moral dimensions of philanthropy.

Prof. Reich began the day with his key-note address: ‘‘Repugnant to the Whole Idea of Democracy? On the Role of Private Foundations in Democratic Societies’. Philanthropic foundations are problematic to a just and democratic society as they are often vehicles for tax-relief by the very wealthy. There is little evidence that these breaks are a necessary incentive for those truly motivated by philanthropic concern. But there are many cases where smaller foundations are established for supposedly philanthropic purposes which have little social benefit and which seem to exist largely to avoid tax. This diminishes significantly the public purse for spending on social welfare with little public benefit in return.

Many private foundations, even those actively engaged in social works, are democratically unaccountable. the legal frameworks for foundations typically provide robust protection from interference for the trustees in exercising the wishes of the founder. Governmental aid organisations are ultimately accountable to their publics, but aid foundations are accountable only to the trustees. Extremely wealthy individuals are therefore able to exercise great power and influence in society with very little democratic accountability. 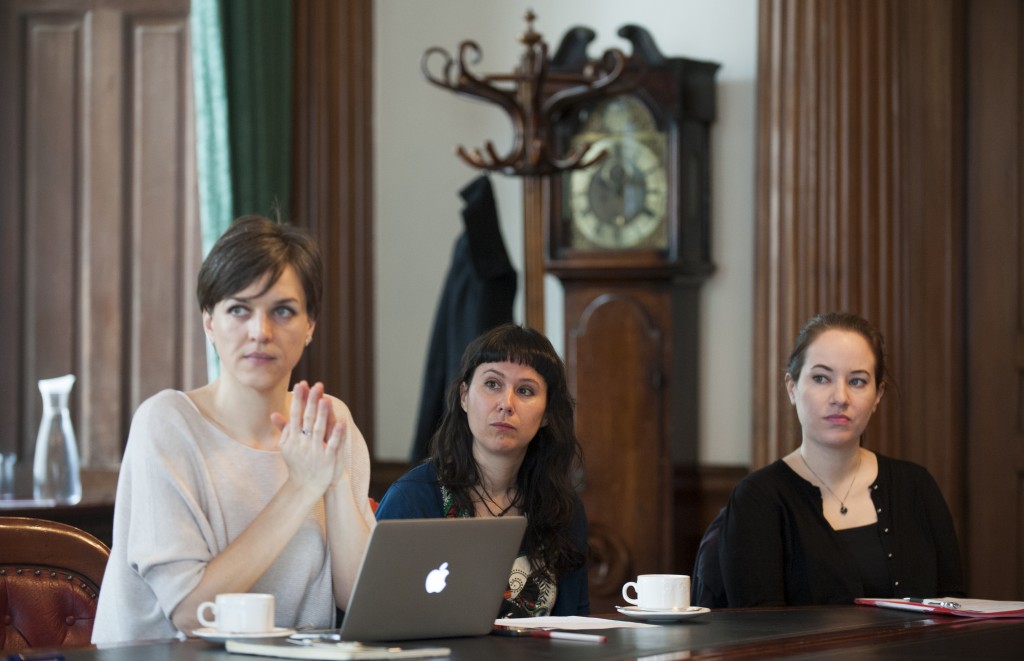 The founders of such trusts are not only able to exercise such power during their life-times, but are also able to ensure this power is exercised in perpetuity. Donor-directed purpose in perpetuity is a distinct quality of private foundations. Should wealthy individuals have such disproportionate influence beyond their life-time? Should wealth alone guarantee such pervasive and protected social influence in society?

Prof. Reich challenged the justice of many existing practices of philanthropic foundations. But private foundations can also support justice in society. The ability of private foundations to exist over long historical periods allow them a longer vision than many of our social institutions that are driven by much short-term political cycles. This freedom from short-term goals and passing fashion may help foundations experiment at the peripheries of current possibilities; may help them pursue projects that may take decades or even generations to bear fruit. Prof. Reich described this as the ‘discovery’ role for private foundations, and a role that can contribute positively to social progress. 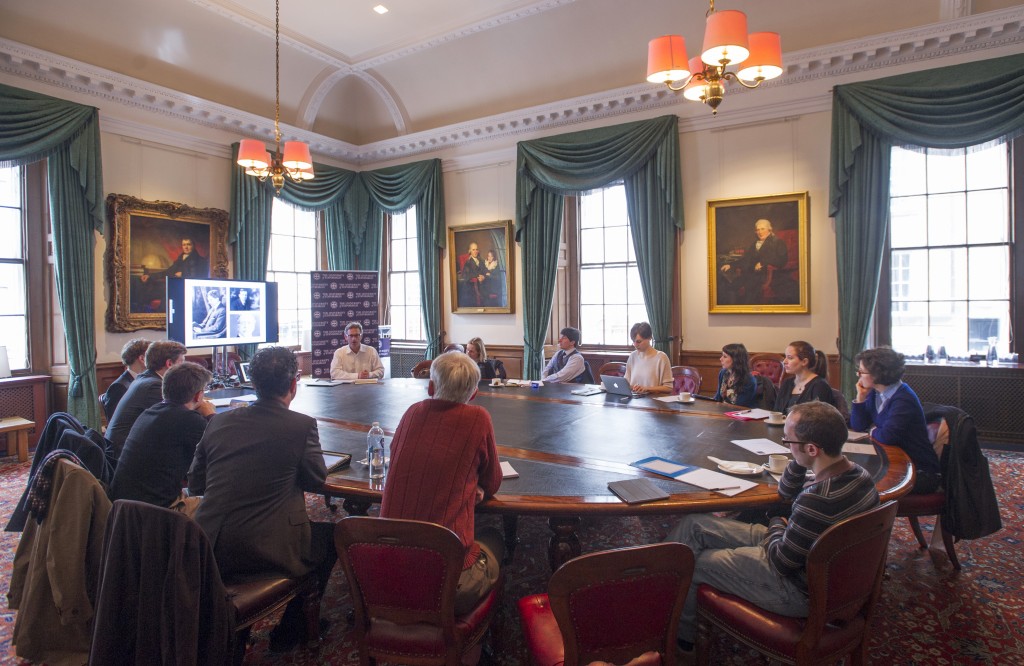 Additionally, private foundations provides some bulwark against dominant swings in social and political attitudes, thus providing a degree of pluralism in our societies. For example, The Scott Trust in the UK secures the voice of the left-liberal newspaper ‘The Guardian’ which provides an alternative voice to other newspapers published in the UK. As funded by a trust The Guardian is given some protection from the changing markets and political fortunes in UK society. Thus private foundations can contribute to the greater pluralism in a society, which is an important feature of a free and liberal just society.

Prof. Reich’s work is distinctive for combining rigorous normative theorising with rich empirical analysis. The arguments are intended to clarify the ethical problems that arise in our societies where foundations exercise power and influence. But equally importantly these principles, as derived from both philosophical reflection and empirical research, are meant to help guide us in developing policies to ensure philanthropy is just. 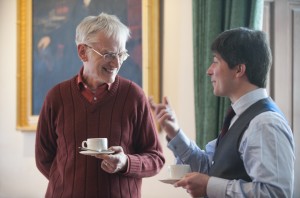 We were delighted that this key-note framed the discussions throughout the day with guest speakers who brought detailed scholarly and practical insight to the question of philanthropy and social justice. Prof. Reich’s address was followed by a discussion between Ewan Aitken (Edinburgh Cyrenians) and Dr. Tobias Jung (St. Andrews) on the question of whether philanthropy is a threat to the welfare state. Through a combination of cuts and changes to the delivery of social welfare, charities and social enterprises are increasingly involved in providing essential services to some of the poorest and most marginalised members of our communities. Ewan spoke powerfully of the passion and urgency that drives those involved with organisations such as Cyrenians, and how the distinctive approaches and skills of charities can help hard to reach individual who often experience multiple and overlapping disadvantages, such as mental and physical health issues, social dislocation, and lack of skills and training. But both Ewan and Tobias highlighted the more difficult effects such philanthropic welfare has on social relations. Those who receive the help are identified as especially needy which risks stigma; the organisers and fund-raisers have to appeal to the generosity of benefactors and donors rather than claim the resources they need as a matter of equality and justice. Tobias provided a clear account of the many ways in which current welfare states grew out of the prior philanthropic institutions. This served to highlight further the nature, if complicated, relationship between the two. 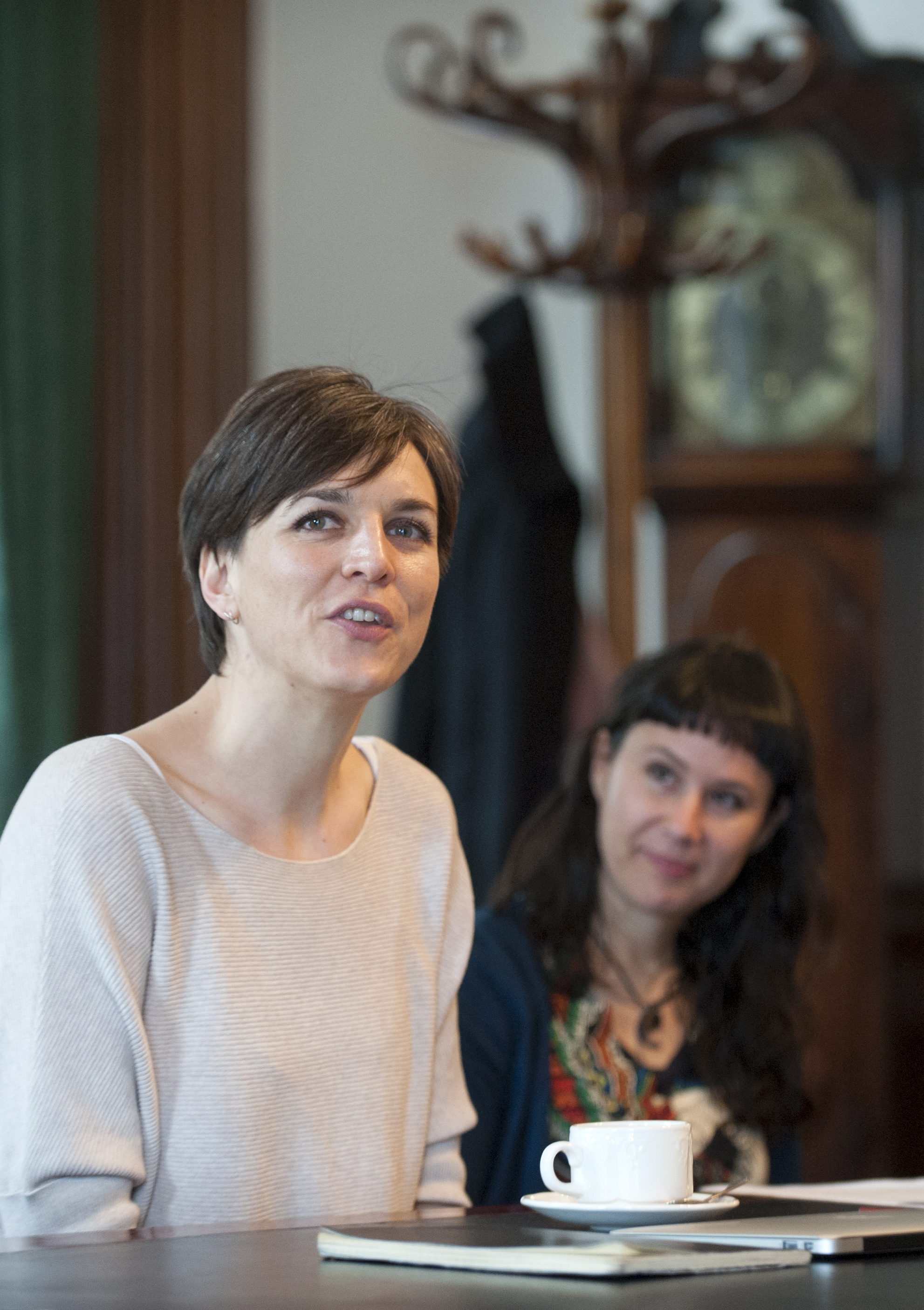 Celia Tennant (Inspiring Scotland) and Dr Emma Dowling (Middlesex University) provided contrasting views of the role of business in philanthropy. Celia is Chief Executive of Inspiring Scotland, which exists to promote relationships between business and philanthropy. Celia highlighted how businesses often choose to support philanthropic enterprises for the mutual benefit of both parties, and how increasingly philanthropic organisations have benefited from being organised along more corporate lines. The management and organisational skills required to make companies financially successful are often directly transferable to philanthropic organisations seeking social success. There are innovative forms of measuring social outcomes in philanthropic enterprises which seek to mirror financial measurements of corporate success. But do these techniques and practices from business transform philanthropy and co-opt it into part of the wider economy, where workers are often exploited and oppressed?  Emma Dowling argued strongly that this is the case. As Emma points argues in more detail in her JWI blog post, business challenges the ethics of philanthropy. Philanthropic organisations often adopt the business models of operation, ostensibly to increase efficiency and accountability. Innovations such as social impact bonds seek to model philanthropic donation on private investment. A philanthropic donation is regarded a social investment, and benefits such as reduced crime or unemployment as a result of the philanthropy can be seen as ‘returns’ on this investment. But Emma argued that such involvement of private enterprise in philanthropy has deeper effects on the working relationships between service providers, donors, and those receiving the assistance. Workers in community organsiations supported by such philanthropic investments become vulnerable to exploitation and oppression, similar to workers in other private sector organsations. 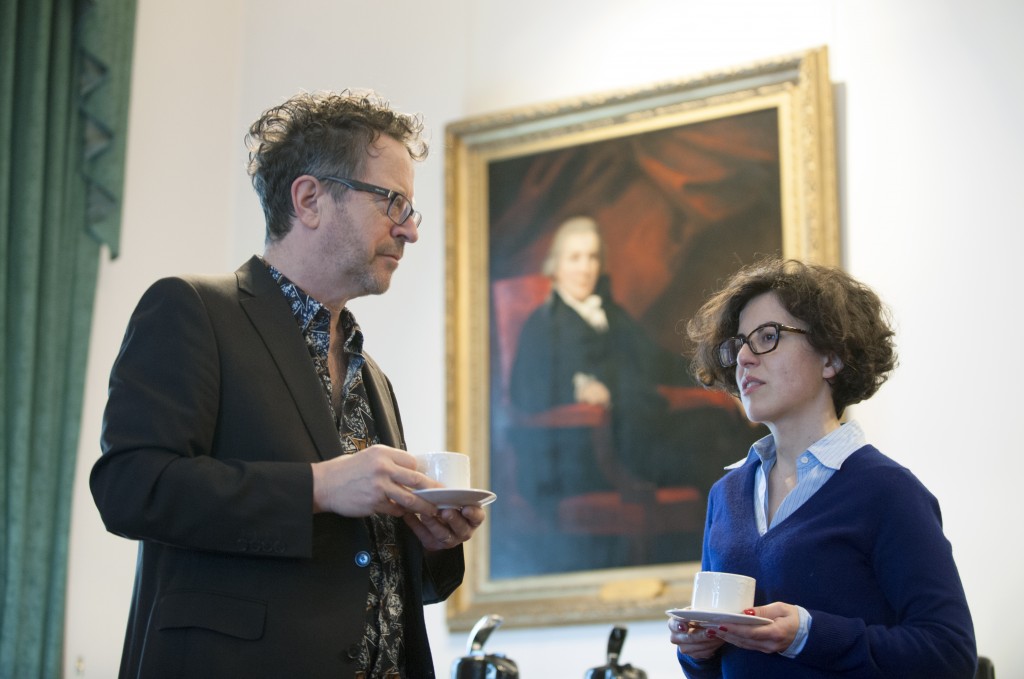 In the final session, Paul Spray (Christian Aid) and Jana Hönke (Edinburgh University) discussed the place of philanthropy in the field of development.  Paul, who currently sits on the board of Christian Aid, has previously held positions at the UK Department for International Development and the Nike Foundation.  He drew on that experience to present what he regards the strengths and weaknesses of philanthropic funding of development projects.   While foundations vary in their approach, the dominant tendency is to fund specific projects (polio vaccines, bed nets etc.) that they can apply in varying countries and contexts without significant engagement with political actors.  This makes them good at achieving what might be described as “quick technical fixes”.  Where they are weaker is that they find it difficult to play a legitimate and meaningful role in supporting internal political struggles.  Yet it is only through political change that, Paul argued, poverty can be  eradicated.  If Paul’s talk was about the limits of philanthropy then Janas was about its dark side.  She discussed her research in the Democratic Republic of Congo where multinational corporations, engaged in extraction industries, have used philanthropy as means of legitimating their presence.  While these corporations have built numerous schools and hospitals critics have accused them of damaging the local environment and colluding with warring parties.  There has been a recent attempt to transform their role within the “Business for Peace” initiative.  But Jana found these corporations have tended to do little by way of mediation (instead aligning themselves with whatever power enjoys internationally recognition) and may have, in fact, made things worse by crowding out smaller economic actors.

We were very fortunate to be able to bring together a rich panel of experts from both academic and practitioner backgrounds to discuss the challenges of philanthropy and social justice. It became clear very quickly that a serious deliberation about these questions requires both normative and empirical expertise with close attention to the experience of those working within various philanthropy sectors. Prof. Reich’s work is opening up new fronts for the ethical analysis of philanthropy and it seems clear that there will be even greater need to confront these issues as philanthropy becomes increasingly involved in domestic and international policy.

The Just World Institute wishes to thank the College of Humanities and Social Science for a Knowledge Exchange Grant which made this event possible.