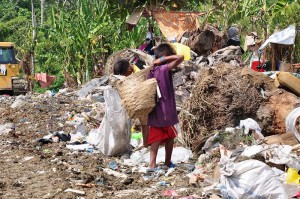 This week’s PTRG saw Yukinori Iwaki present his paper ‘Temporal Debt, Ecological Debt, and the “Absolute” Harm to the Disadvantaged’. In the paper, Yuki introduces two novel concepts to explain how the world’s advantaged population are complicit in absolute harm towards the disadvantaged: the accumulation of ‘temporal debt’ and ‘ecological debt’. He identifies five components of human well-being whose denial constitutes harm: continued life, bodily health, bodily integrity, practical reason, and human affiliation. Subsequently, he argues that time and space are the overarching dimensions within which a human lives her life, and therefore infringements on these two dimensions lead to harm. Crucially, the paper attempts to locate the origin of this harm. Instead of simply noting the existence of the harm, Yuki asserts that the harm to the disadvantaged stems from injustices and debts caused by the advantaged. Thus, he enters well-known debates in global justice, mostly associated with Thomas Pogge, on the relation and responsibility of global injustices but with a more comprehensive account of how and why these injustices (or harms) occur.

The ensuing discussion was rich and extensive. Participants deliberated the extent to which harm can be ‘absolute’ or whether it always requires a reference either to time (faring worse than in the past) or a counterfactual (faring worse than in a parallel scenario). Further, a significant contrast was drawn between harm, in which the subject is worse off, and exploitation, in which the subject is nonetheless better off than before. In addition, the discussion centred on various notions of time and their relevance for the paper.

Yukinori Iwaki is a PhD candidate at the University of Edinburgh. His PhD is titled ‘Human Time, Ecological Space, and Global Justice’. His article with his supervisor Professor Tim Hayward ‘Had we but world enough, and time: integrating the dimensions of global justice’ was published in Critical Review of International Social and Political Philosophy.