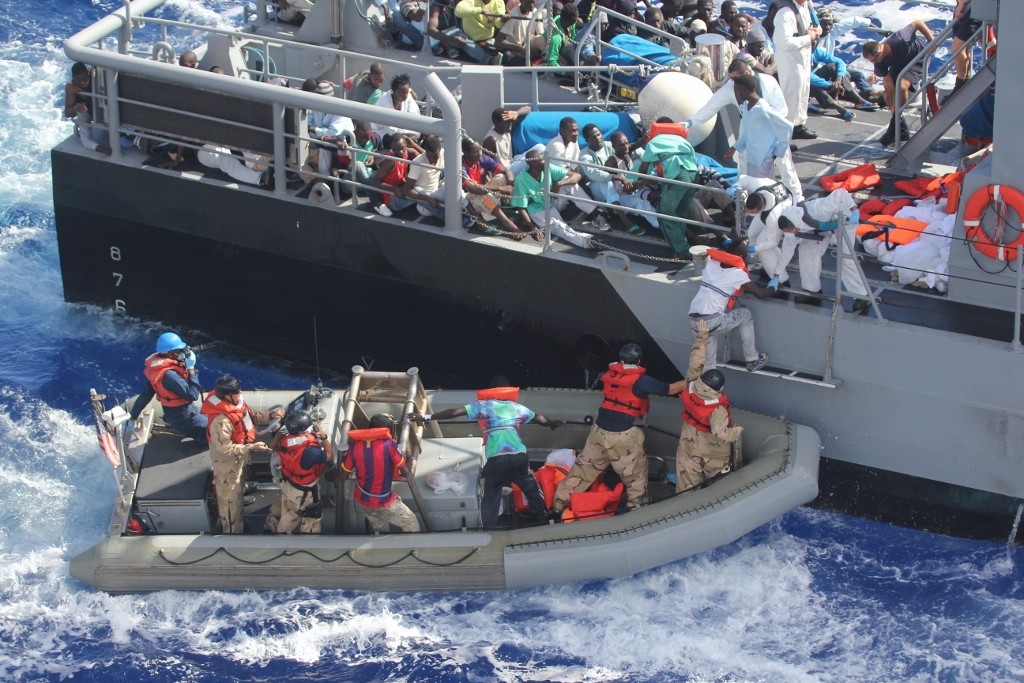 What obligations, if any, does a state in Europe have towards boat people attempting dangerous sea crossings?

This was the question Professor David Miller from Oxford University addressed on 4 February 2016 in a well-attended lecture hosted by Edinburgh University’s Global Justice Academy and Just World Institute.

Professor Miller began his talk by noting the 2014 UK government decision not to support Triton, a search-and-rescue operation proposed by the EU that could have potentially saved the lives of sea-crossing migrants, or “boat people”.  The main reasoning behind this decision was the claim that search-and-rescue encourages people to attempt dangerous sea crossings in the greater expectation of being rescued, and therefore, in the long term, will bring about more deaths.  This seems to be a consequentialist argument that considers effects of alternative ways of using resources in order to minimise the loss of lives overall.  Meanwhile, critics argue that European states have stringent obligations to protect rights of migrants.  But is it true that the critics’ argument occupies the moral high ground while the UK government’s argument is morally defective?  The answer Professor Miller gave us was: ‘Not necessarily’.

The first step Professor Miller chose to take was to offer several reasons why the duty to rescue under the international law of the sea does not apply straightforwardly to the case of rescuing boat people.  In doing so, he highlighted several issues that arise distinctively when thinking about the ethics of rescue that apply particularly to seaborne migration of immigrants and refugees.

He, then, invited us to look more closely at one of those issues: the issue that setting up a search-and-rescue programme is likely to encourage more migrants to make dangerous sea crossings in the expectation of being rescued (i.e. the moral hazard issue).  And he asked us: Is it justifiable for a state government to take this issue into account when deciding which policy to adopt?  Or, in other words, is it morally permissible for the state government to take the consequentialist position when deciding which policy to adopt?

In order to say ‘it is’, Professor made a distinction between emergency situations, which are by nature unpredictable, and more routine and foreseeable circumstances in which people are likely to find themselves in need of help.  In the former situations, he argued, a duty to rescue 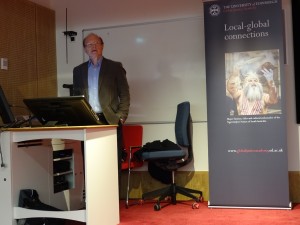 arises just from the direct confrontation between a person to be rescued and a rescuer.  So, in those situations, we do not think about wider consequences of carrying out rescue.  But, Professor Miller continued, there is an important moral difference between the team of persons who directly confront a rescue situation and a collective body such as a government having to design a rescue system to cover a range of future eventualities.  Since the aim of any system is to minimise the number of injuries or deaths, it would be self-defeating if the number of injuries or deaths increased as people came to rely on the existence of the system and began to take unnecessary risks.  So, in the case of routine and foreseeable circumstances, he explained, it is relevant to think about wider consequences of what is being proposed.  And there is, therefore, an important difference between the situation that rescuing ships actually confront when rescuing boat people, where the direct duty applies, and the position of the government having to decide whether there should or should not be a certain rescue mission.

But what if the government in question is also partly responsible for the situation now causing boat people to make their journeys?  If so, the government has obligations of remedial justice, and these obligations cannot be eliminated by appealing to negative consequences of setting up a search-and-rescue programme.

Here, Professor Miller pointed out two ways in which European states might be held responsible for creating refugee flows.  First, those states might have played active roles in the interventions that caused instability in the societies from which refugees are coming.  Second, those states might have failed to respond adequately to refugee flows by providing a variety of channels through which asylum can be claimed.  If the charge is the former, it seems easy to argue that European states have obligations of redress that would cancel consequentialist reasoning.  But if the charge is the latter, Professor continued, it becomes much harder to argue this.

Another important issue that arises distinctively when thinking about the ethics of rescue that applies to the case of boat people is that, arguably, boat people voluntarily put themselves into the position where rescue is needed.  This is a controversial claim because boat people are not in the position where they can make a fully rational or completely free choice.  They are driven by desperation and ill-informed of likely consequences of their actions.  However, they are not being forced to embark on dangerous sea journeys.  So, they do, according to Professor Miller, make a decision to a certain degree.  And at least in this sense, they are responsible for actively putting themselves into the situation where rescue is necessary.  How does this fact affect the duty of rescue?

Professor Miller acknowledged that this fact does not necessarily eliminate the duty of rescue as far as immediate rescue in emergency situations is concerned.  But as far as the duty of a state government is concerned, Professor argued, migrants’ responsibility for putting themselves on the boats does qualify it.

For arguing this, Professor presupposed what he called a ‘natural division of responsibility’.  His core point was this.  On the one hand, we ought to protect each other from routine everyday perils through practices of mutual aid.  On the other hand, we ought to take responsibility when we voluntarily choose to take unusual risks.  If we take this view, it seems hard to argue that a European state has a duty to take active steps to set up a system to rescue boat people, who, according to Professor, have chosen voluntarily to place themselves in danger that goes beyond routine risks.

Professor then turned to the question about the content of the duty of rescue.

What exactly must a rescuing ship do with boat people it has rescued?  First, it has to offload them somewhere on dry land.  But, from an ethical viewpoint, it would be insufficient to return boat people to the place they had set out from, if the place in question had no competent authority able to protect their human rights securely (e.g. Libya).  So, second, the rescuing ship ought to find a place where boat people will not be left in any imminent danger of injury or death. 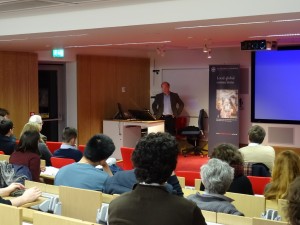 What a state government must do with boat people?  Professor takes the duty a state government has towards boat people to be grounded in a shared responsibility that all capable states have to protect human rights.  If so, general principles for distributing responsibility should apply (e.g. backward-looking considerations about who has created the situation that has produced refugees, forward-looking considerations about who has the greatest capacity to take them in to provide protection for their human rights, etc.).  So, there is no reason to say that responsibility should be devolved to states that happen to be physically closest to the place where a rescue takes place.

Professor’s talk also covered several institutional proposals.  One of them was on a pooling station, outside of Europe (e.g. Turkey, Tunisia, etc.), to which boat people could be brought for assessment, together with a commitment on the part of each European state to take in some proportion of those found to have legitimate asylum claims.  This, he argued, must be preferable to the random way in which the burden of admitting migrants is now distributed because their final destinations can be decided more carefully.  Moreover, the incentive problem will be partly addressed because, under this system, boat people rescued from the Mediterranean do not necessarily get entry to Europe.

The talk was thought-provoking and invited a lot of interesting questions from the audience.  Some of them were about empirical claims Professor employed.  One of them was about dis/analogy between boat people at sea and people fleeing from the floods in Northern England.  Another was about the way European borders work and how it might make sea crossings harder.

Seaborne migration is a real global challenge.  How we, in the receiving societies, ought to react to this issue is a big question.  And this question needs to be answered with careful deliberation, since the decisions made will affect many people’s lives.  Professor Miller’s discussion is a significant contribution to the debate.