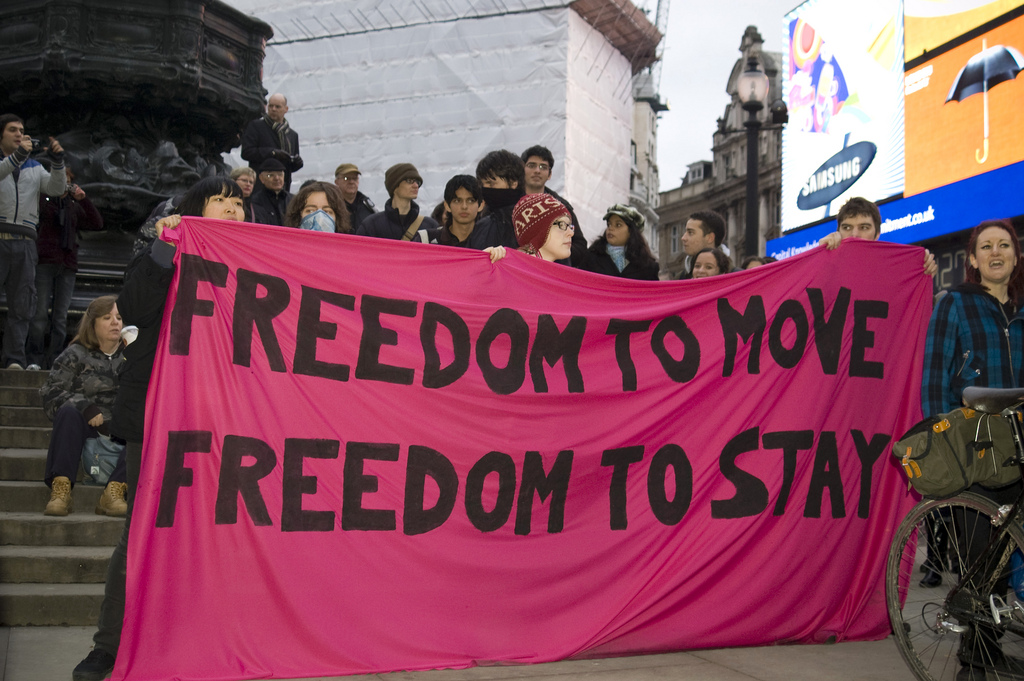 In her paper ‘On the moral permissibility of outsourcing border control’, Ashwini Vasanthakumar (York) argues against privatisation in immigration enforcement. Her argument proceeds as follows: Outsourcing immigration enforcement is justified exclusively on efficiency grounds, and although these can be challenged, the major challenge to privatisation is associated with fundamental moral problems stemming from relinquishing public sovereignty over border control to private bodies. Hence, because border control is an inherently public good that only the state can provide, the involvement of both private contractors and civilian gatekeepers (e.g. university lecturers and medical practitioners) is wrong.

Vasanthakumar’s point is therefore not only that privatisation of border control is not necessarily efficient, but that it is fundamentally wrong on moral grounds. The paper invokes Alon Harel’s republican arguments against privatisation and applies these to the particular issue of border control. Harel argues that private individuals and their arbitrary judgements ought not to determine the interests of individuals. Instead, a just society emerges from the non-domination of citizens and the state over other citizens. He proposes the existence of ‘inherently public goods’ which have to be provided by the state for their value to be realised. Utilising this concept, to Vasanthakumar not only must border control itself be provided by the state, but (contra Harel), so must the decisions “all the way down” to the particular enforcement of immigration restrictions, i.e. the on-the-ground enforcement of these restrictions. Only in this way can agents be sure to act for public rather than private reasons. If this is not the case, a host of moral and practical problems emerge, such as the moral compromising of professional ethical standards for civilian gatekeepers, as well as the lack of accountability associated and counterposed private interests to the overall public interest. In other words, “public provision of goods will not ensure that individuals are always subject to the impartial reasoning of the ‘public point of view’; privatisation to profit-driven entities guarantees that they will not.”

The subsequent discussion centred on a number of key questions. Border control need not imply sovereignty: some political entities have sovereignty without effective border control, and vice versa. Moreover, border controls are not necessarily justified in the first place, and immigration can be conceived of as a human right. Perhaps sovereignty does not depend mainly on border controls as the main way of entering a society is not through migration but birth. Is the background conception of justice of the argument reliant on a republican view of the state? Arguments were explored that suggest how accountability could in fact be increased by privatisation, and that privatisation is not the defining characteristic that determines whether a border control regime is just or unjust.

Ashwini Vasanthakumar is a Lecturer in Political Theory at the University of York.