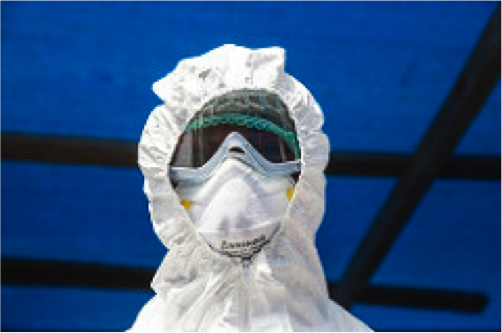 Imagine a virus which kills a person within days causing horrible pain and suffering. Imagine this virus spreads within weeks, or even days, from city to city, from country to country, crossing state boundaries as if they never existed. Imagine this virus travels by aeroplane crossing oceans and continents without the slightest obstacle. Imagine that during its long journeys this virus infects hundreds of thousands of people. And imagine, there is no vaccine or successful treatment available. This is not the storyline of a thrilling novel; it is the storyline of what could have happened in 2014, the year of the most dangerous outbreak of Ebola since the virus was detected in 1976 in Sudan and the Democratic Republic of the Congo. The most lethal strain of the Ebola virus, with a mortality rate ranging between 70 and 90 percent, can kill a person within several days.

When the civil society organisation Médecins Sans Frontières learned of suspicious cases of Ebola in Guinea in March 2014, it did not take long before other cases emerged in the neighbouring West African countries of Liberia and Sierra Leone. Most worryingly, the virus strain detected was the most lethal one. By infecting European and North American health workers, the virus was invited to fly with its host via aeroplane to Europe and North America to infect other Westerners for the very first time. Back in the West African countries of Guinea, Liberia and Sierra Leone, the virus mercilessly killed more than 10,000 people in less than a year with no successful vaccine or treatment available.

These are shocking developments. Even more shocking is the fact that the World Health Organization and the international state community showed themselves incapable of responding to these unfolding developments. Had it not been for the courageous actions of Médecins Sans Frontières and some other civil society organisations, the Ebola outbreak could have turned into a global pandemic with devastating consequences. The World Health Organization only reacted in August 2014, five months after the first cases declared as “suspicious” by Médecins Sans Frontières in March 2014. Five months is more than enough time for a lethal virus to turn wide stretches of land into desolate graveyards. 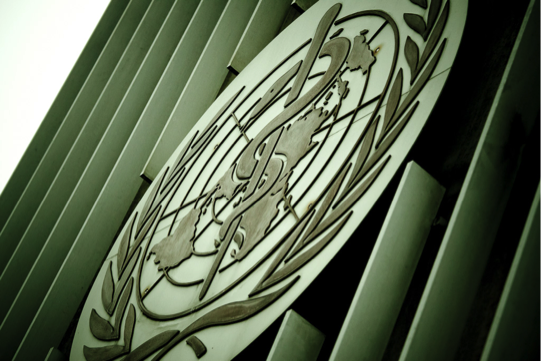 Global epidemics have become a disturbing facet of our “brave new world”. The last serious global pandemic occurred in 2009 with the spread of the influenza A (H1N1) strain, spreading from North America to countries all around the globe. At the moment, the outbreak of Zika virus in Brazil is keeping health experts alarmed, causing nerve disorders and an epidemic of microcephaly in more than 4,000 new-born children in Brazil. The Zika virus has never been endemic in Brazil. While it is still unclear how the Zika virus came to Brazil and the Americas, it is speculated that the virus travelled with tourists from Polynesia who were visiting a sports event in Brazil in 2014 (not necessarily the FIFA World Cup, since nations from the Pacific Islands did not take part).

And there are other viruses and diseases which have somewhat fallen below the radar of the relentless media attention of our times. This negligence does not prevent these disease from killing hundreds of thousands of people every year in the global south. Tuberculosis and Malaria belong to the so-called neglected diseases; neglected by the media, Western governments and Western pharmaceutical companies. Under normal circumstances, these diseases only step into the spotlight when Westerners, usually health workers or tourists, get infected by such a disease. This is very much like Ebola, which was classified as a neglected tropical disease. All the Ebola outbreaks that occurred before 2014 did not reach beyond some marginalised and far away African villages and communities. As the Ebola outbreak of 2014 has shown, this reality has fundamentally changed. A rare virus today is no longer confined to some rural hinterland in Africa or other neglected parts of the developing world. In our globalised world, any virus or disease, neglected or not, can become global, all of a sudden, within days or weeks.

To prevent those viruses and diseases from becoming a global pandemic, new governance mechanisms with a global outlook are urgently needed. As the Ebola crisis illustrated, the state system has shockingly failed in reacting swiftly and efficiently to the outbreak. In my article, recently published in Global Policy, I attempt to argue how global pandemics can be prevented, particularly in the case of Ebola. 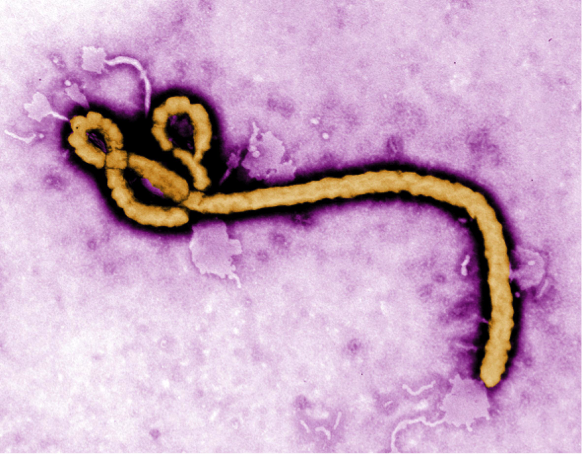 Actors from governments, civil society and the private sector should join forces and launch a public–private partnership with the objective of pooling fragmented and dispersed research knowledge to accelerate research and development activities on effective vaccines and treatment. The partnership should be modelled on similar existing partnerships on neglected diseases, such as the Drugs for Neglected Diseases initiative, the TB Alliance or the Medicines for Malaria Venture, which achieved to significantly accelerate and dynamise research and development on a range of neglected diseases. The inherent logic of this partnership should be based on the production of Ebola vaccines as global public goods for patients in need rather than a market-based approach favouring the commercial interests of pharmaceutical companies.

Global pandemics and disease outbreaks exacerbate existing social injustices around the world. As I argue, the creation of innovative global mechanisms which are able to create an atmosphere of transnational solidarity binding different actors together on one particular issue can be a successful approach to tackling global challenges and confronting social injustices at the same time. For the detailed argument, see “How to Confront the Threat of Ebola? Arguing for Reinforced Efforts to Promote Transnational Solidarity”, Global Policy (online first).