Those of us who care about global justice and climate justice need to take human population growth seriously. Or so I argued in the first instalment of this two-part blog. On current population forecasts, our grandchildren or great-grandchildren might have to decide between basic rights for their own generation and protecting future generations from climate change. We owe it to them not to bequeath this tragic choice. However, it is also morally crucial to address population in the context of concerted efforts to tackle both global injustice and climate change, not as a standalone problem.

So let’s take as read the case for basic global justice for this and future generations. That requires action on climate change, and substantial lifestyle changes by and resource transfers from the affluent. It also requires changes which would themselves help curb population growth: provision of social security and contraception, education of women, promotion of women’s rights and opportunities. 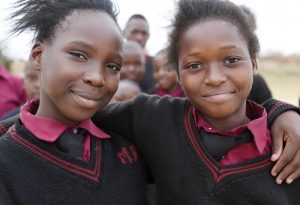 Beyond that, all population policy options represent morally hard choices. Or so I argue in my recent paper for Global Justice: Theory, Practice, Rhetoric. By morally hard choices, I mean choices where even the least bad option involves doing something against which there is, other things being equal, a significant moral presumption. These are in contrast to truly tragic choices where all options are morally terrible. (At an individual level, we’re talking breaking an important promise to a friend, versus killing someone.)

We’re in this unhappy situation because even doing nothing – or nothing more than I’ve taken for granted above – is morally uncomfortable. Suppose, as a generation, we focus on global justice and climate change mitigation, and don’t do anything about population beyond the kind of choice-providing policies which are required for basic justice for women. We reason that if we can crack those twin goals (if only!) then population will take care of itself. On a modified version, we also invest as much as possible in developing technology to accommodate more people.

This is an option, and not a morally terrible one. It is orders of magnitude better than what we are actually doing. But these policies take time to work, and longer to filter through to population. Moreover, technology is not some magic bullet, and any ‘technological revolution’ would have much less time in which to achieve its results than that taken for previous major transitions such as the industrial revolution. It’s not encouraging that available per capita biocapacity fell over the half century to 2010 despite global biocapacity gains from technology, agricultural improvements and irrigation. 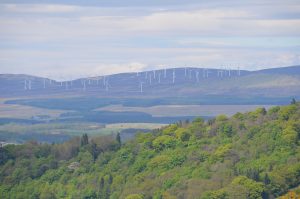 So this is a gamble with extremely high stakes, and there’s a moral presumption against taking those kinds of chances when the fallout would be on others. Which it would: on our grandchildren or great-grandchildren. If these policy changes prove insufficient, we bequeath a terrible choice between basic global and basic intergenerational justice. As such, the precautionary principle tells us to seek a way of improving the odds which is not itself morally terrible.

There’s another reason, too, why this is a morally hard option. It involves establishing a global system to tackle climate change and injustice – and to pay for it – without factoring in the choice of some people to have more children than others. (It’s not always a free choice, of course, but sometimes it is, and it would be so a lot more often against a background of basic justice.) In increasing the population, those with large families push up the costs of doing global and climate justice. These are costs we would all have to bear under such a global scheme.

In other words, unless the environmental costs of procreative decisions are internalised, some individuals will pay for decisions others have made. This violates a strong moral intuition many of us have: that under a just institutional arrangement, our opportunities should be sensitive to our own decisions but not to bad luck or the free choices of others.

So it’s a gamble – and a morally hard option – not to put further population policies on the table. But which policies? Not, of course, direct coercion, such as that practiced in China, which itself violates human rights. That leaves incentive-based policies, ranging from educational and social campaigns promoting small families, to positive financial or economic incentives, to the restriction of child allowances or tax credits to first or second children, or even to negative incentives such as fines. Not all of these would internalise the environmental costs of additional persons, but some could.

Before going any further, one objection has to be addressed. Even these incentive-based policies would be deal-breakers, morally speaking, if there were a strong enough right to determine family size. That would be a right powerful enough to rule out any state or global interference. However, this can be resisted.

Parenting is a centrally valuable part of human life, for many of us, but it’s not clear that there is a sufficiently fundamental, right-grounding human interest in having as many children as one wishes, as opposed to having the opportunity to parent at all. Nor, morally speaking, is it apparent why the desire for a large family should be treated apart from other life goals and ambitions: climbing mountains, writing novels, traveling the world. Our institutions of justice are built on the assumption that individuals should bear some of the costs of these ways of life themselves, and should be expected to limit their enjoyment of them, if necessary, to allow others scope to live the lives they choose. 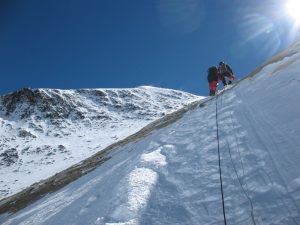 Climbing Everest: an expensive and regulated life choice (as well as a dangerous one). Photo: Lloyd Smith, Creative Commons

It’s also worth stressing the difference between introducing incentive-based policies on top of choice-providing policies and other measures for basic justice – which is what’s under discussion here – and doing so against a background of severe deprivation and gender inequality. When that happens, there’s a danger of effectively coercing the poor. (Witness the widespread criticism of some of India’s population policies.)

But even against a background of basic justice, including women’s education and empowerment, incentive-based policies pose moral quandaries. Here’s the difficulty: how do you impose costs on parents without harming children? Securing their opportunities under such circumstances is likely to mean taking some elements of child-rearing away from parents. That, in turn, is in tension with the widely held view that the family is a morally important unit in itself, worthy of protection. 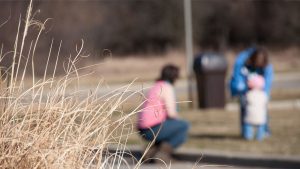 Parents and child. Photo: and the rest, Creative Commons

At the extreme, the risk is of two morally terrible options: depriving children of basic interests through stringent economic penalties on parents versus breaking up the family altogether by removing some children from otherwise adequate parents. If this couldn’t be avoided by nuanced implementation, incentive-changing policies would have to be limited to small positive economic incentives and campaigns to ‘Stop at Two’.

Even then, moral quandaries would remain. Changing the resources available to different families would still mean giving some children a comparative disadvantage. The choice is then between accepting this institutional unfairness and mitigating it by some (though less extreme) interference with the family. Perhaps some provision of care, of opportunities, even of basic nutrition, would have to be taken away from parents. These are not tragic choices, but they are morally hard. There is also the risk, through cultural or educational campaigns, of making third or fourth children feel like second class citizens.

The moral task, then, is to weigh these policy imperfections against the risk of bequeathing a tragic choice to our grandchildren. It is thus that we must face up to the situation and, as a global elite, accept that we have created a collective dilemma in which there is no morally easy way out.

In practice, some inequalities in children’s starting opportunities are already widely accepted. They are the price we pay for maintaining the family whilst requiring adults to bear some of the costs of their choices. Given this, and given how truly terrible is the tragic legacy, my own inclination is towards some incentive-based population policies. But only in addition to strong collective action on global justice and climate change mitigation, including dramatically increased technological investment, never as a substitute for it.