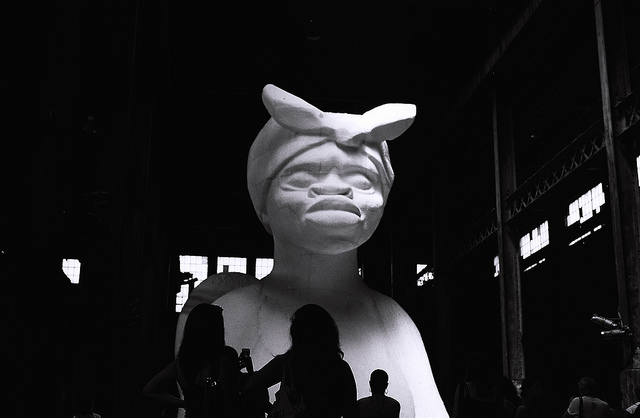 Akwugo Emejulu provided a chapter for discussion from her forthcoming book on the effects of austerity on minority women in France and Britain. In this chapter she, together with her co-author Leah Bassel, sets out the ways in which notions of political racelessness reproduce and legitimate violent erasure and exclusion of minority women from the European polity. Of particular concern is the role the white European left plays in perpetuating political racelessness to the detriment of such excluded groups. The chapter also reflects on how minority women can respond to these European commitments that have enabled post-colonial amnesia and white ignorance.

While acknowledging the differences between European nation states, Akwugo seeks to outline the common idea of Europe that first legitimised colonial exploitation and now supports attempts to hide racial distinctions. The latter has led to ignorance or unwillingness to account for the way the inherent colonial dimension to modern Europe continues to favour some by disadvantaging minority groups and especially their female members. The chapter also describes how this idea and the traditional binary between a rational West and the others are reproduced in white feminists’ statements. Similarly, the European left is criticised for accepting this exclusion for the sake of a unified identity, for example of the working class.

The ensuing discussion covered a wide variety of topics, especially the extent of the critique of modernity proposed in the chapter and the role lived experiences can play, both in research and in practice, as response to the political racelessness in Europe. In relation to the first issue, questions considered, for example, the range and complexity of the critique of the left and feminism in Europe proposed in the chapter and the value of engaging with the Western philosophical canon. They also addressed the specific thought and concepts to be deployed to capture the idea of Europe and the link between modernity and racism. Concerning the role of lived experiences of minority women, the discussion evaluated how these can be the foundation of solidarity and resistance and can show the ways in which minority women are aware of the exclusionary practice.

Akwugo Emejulu is Senior Lecturer at the Moray House School of Education, University of Edinburgh.