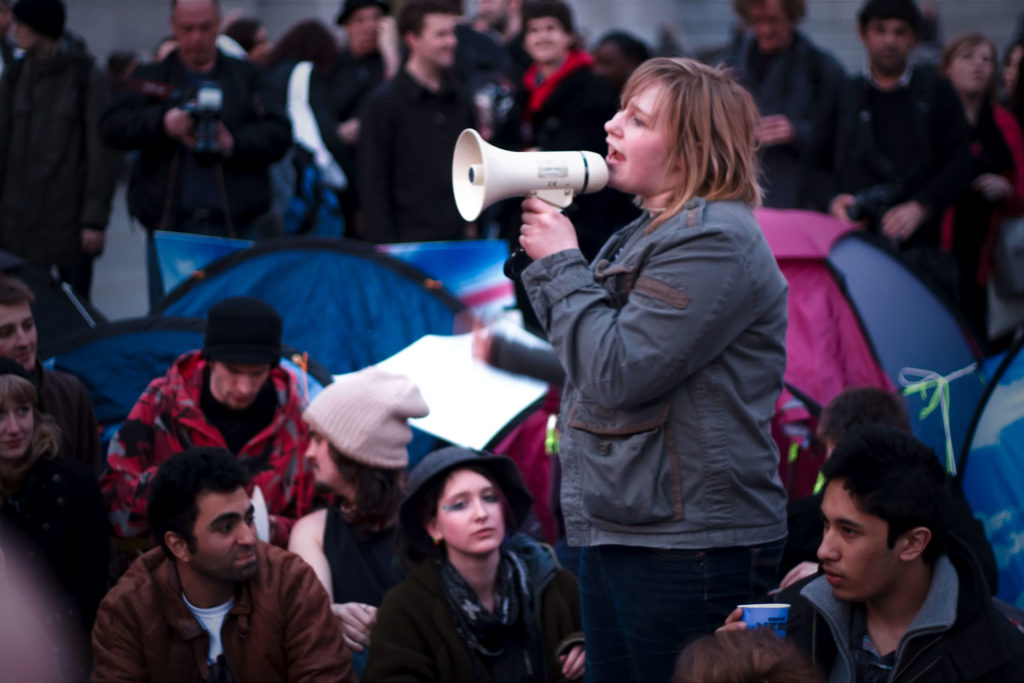 Today’s Political Theory Research Group seminar brought Dr. Matthew Chrisman’s paper The Speech Act of Protest. The paper aims at examining the conditions under which protests, as a speech act, are felicitous by deploying the speech-act theory. The paper argues that there are three constitutive norms of the speech act of protest: first, the act must aim to express disapproval of something; second, it must aim to demand some change in response to this disapproval; third, it must do both of these things by appealing to some presumed shared conception of what is fair. Because of these conditions, a protest which indicates insincerity or hypocrisy. The paper ends with comparing the liberal and republican accounts of civil disobedience, but Chrisman argues that the speech act theory developed above is a more general and neutral alternative to both liberal and republican accounts.

The discussion was intensive and constructive. Some discussants questioned on the notion of the ‘presumed shared conception of fairness’ as a criterion of protest for several reasons. Some worried that it seems plausible that not all protests are about the claims of fairness, such as a protest against environment pollution, while some worried that the ‘presumed shared conception of fairness’ could lack consensus, thus being unhelpful for us to solve practical problems. Some discussants focused on how to judge whether an act indicates hypocrisy, because it may have different meaning from what the author constructed, while a more fundamental comment even argued the other way around that hypocrisy is inevitable in protest. Some other comments suggested other conditions that an account of protest should consider.

Write up by Chiming Zhong

Matthew Chrisman is a Reader in Philosophy at the University of Edinburgh.