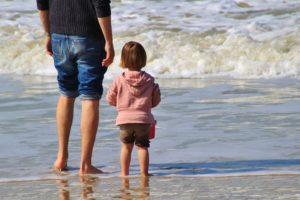 Here’s a thought many of us find uncomfortable. When we tally up the ways our individual behaviour increases carbon emissions – flying, driving, eating animal products – there’s one thing we should put at the top of the list: having babies. Each time you do that, you effectively create another lifetime’s worth of pollution. On one estimate, the average US woman increases GHG emissions by 5.7 times her own lifetime average by having a child.

Some might claim that this way of looking at things misses an important point. Children are not passive consumption goods like driving a car or eating meat. They are people in their own right who grow up to be moral agents making their own lifestyle decisions. On this argument, parents are no more ‘to blame’ for their children’s unsustainable carbon footprints just because they had those children than they would be responsible for their crimes if the children grew up to be criminals.

But this response fails. For those of us living affluent lives in affluent countries, the point isn’t that our children might decide to live unsustainably (just as they might turn out to be psychopaths). It is that, on current trends, they very likely will. While of course it would be unfair to blame parents for everything their children do simply because they caused those children to exist, it is perfectly reasonable to ask individuals and couples to take seriously the expected carbon footprint of any children they choose to have.

What do these thoughts imply? Must ‘good environmental citizens’ refrain from having children? Some think so. But this ignores the great personal cost involved. For many who experience it, parenting is an intensely, perhaps uniquely, valuable experience and relationship. Having the opportunity to have a child is arguably a central human interest. Giving this up looks like an unreasonable sacrifice to have to make: one on a completely different scale to refraining from flying, or changing your diet.

Instead, the environmental costs of having children should prompt us to do at least two things. One is to have only a small family. There’s an enormous difference between the view that there’s a central interest in having the opportunity to be a parent, and the claim that there is such an interest in having many children. As one philosopher neatly puts it, mothering isn’t like being a Better Boy tomato plant. It is, or should be, about the quality of the relationship. If Britain’s Prince Charles is the environmentalist he claims to be, perhaps he shouldn’t be unequivocally delighted that his son and daughter-in-law are expecting a third child.

The other is being a ‘climate-conscious’ parent: keeping childhood emissions low and raising educated, motivated children who are more likely to fight for political progress on climate change and make individual changes themselves. Recall that the emphasis, earlier, was on parents’ responsibility for their children’s expected carbon footprint. There are no guarantees – and we wouldn’t want parents to brainwash their children even if they could – but this is one way of keeping that predicted footprint down.

This is only one of many reasons for climate-conscious parenting, which could also be required by broader climate justice duties, or owed to the children themselves. But it is a distinct – and I think an important – rationale. Having children contributes to harmful climate change. Even if we can justify having them despite the harm, we have to take it seriously and make up for it as far as reasonably possible. EC

This post also appears on a series of posts on the Academy of Government blog to mark Climate Week, and is based on a paper presented at Reflecting on the World, and Changing the World: Philosophy in Practice, University College London, 23 June 2017.