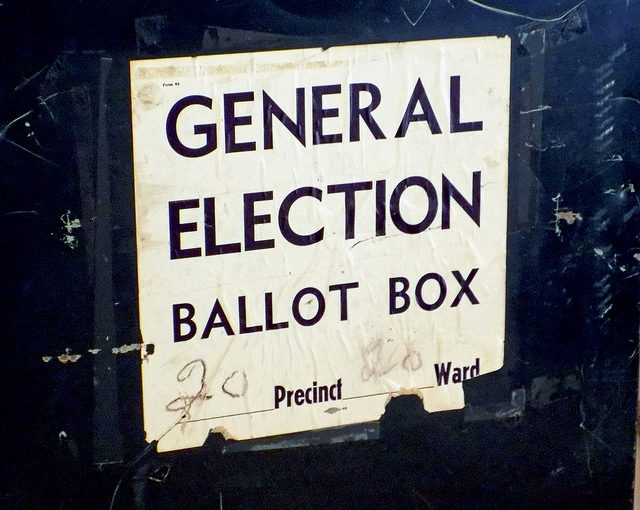 We have analysed the top used hashtags for the final month of the GE2019 campaign. Here we take a quick look at these preliminary results and contrast them with a similar analysis we conducted for GE2017. 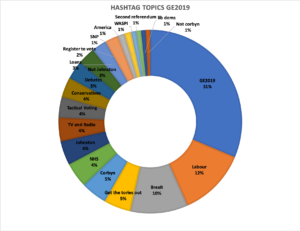 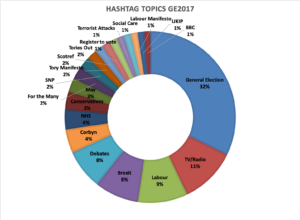 The graph shows the top hashtags grouped by topic. We did this by taking the most used 100 hashtags and grouping them into topics. The pie chart we present the top 20 topics.

Our data set shows an overwhelming dominance of pro-Labour tweeting. Labour party coverage out performs Conservative coverage by almost three times both in 2017 and 2019. There is a disproportionate presence of the SNP (2% in 2017 and 1% in 2019) in this social media set and given that only Scottish voters can elect this party this is striking, but the percentages are down from 2017 levels.

Most striking in this data set is the overwhelming dominance of Labour tweeting. Tweets using hashtags do not necessarily indicate support but do highlight areas of discussion.

There are 1% of tweets employing and anti-Corbyn hashtag but none employing an anti-Labour hashtags. Anti-Johnston stands at 2% and get the Tories out is at 5%.

There does seem to be a degree of decreased voter engagement in using hashtags about political TV and Radio programmes and the political debates which are well down on 2017 levels.

Tweeters are typically highly motivated and perhaps those who initially see themselves as the underdogs in the debate, excluded from mainstream coverage. This has been apparent in a number of recent campaigns. The YES campaign, though ultimately unsuccessful, dominated social media in the Scottish independence referendum. Leave groups did the same in the 2016 Brexit campaign and Trump’s dominance in social media transformed US election coverage, with both these campaigns ultimately triumphing at the polls. This also fits with the high presence of the SNP in our data set, with the Scottish debate marginalised at the UK level. If the current polling is to be believed Jeremy Corbyn is unlikely to do as badly as was anticipated when the election was first called.