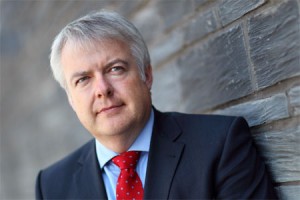 Cera Murtagh reports from a major speech by First Minister of Wales the Rt Hon Carwyn Jones AM, hosted by the Academy of Government, on the implications of the Scottish independence referendum for Scotland, Wales and the UK as a whole

In the wake of his landmark speech at the University of Edinburgh last week, the Welsh First Minister’s warning that Wales would want a say on an independent Scotland joining a currency union with the rest of the UK has dominated the headlines. Provoking nationalist-unionist claim and counter-claim however, this focus distracted from what was perhaps the First Minister’s more substantive point: that the UK is in need of fundamental constitutional reform.

Delivering a speech entitled ‘Wales, Scotland and the United Kingdom’, in advance of the Scottish Government’s publication of the White Paper on Scotland’s Future, the Right Honourable Carwyn Jones approached his topic with a mixture of caution and determination. Aware that wading into the Scottish independence debate is a risky business, the First Minister stressed his respect for Scotland alone to determine the outcome of the referendum, and insisted he was not here to preach. Nevertheless, given the stakes – not only for Scotland but for the UK as a whole – he felt it necessary to present the “wider perspective”.

The Welsh premier owned that an independent Scotland could, of course, survive. The question, he argued, was whether it would be better off as an independent country or, as he believed, within a renewed Union of devolved nations.

In setting out his stall for reform, the Welsh premier demonstrated that developments north of the border can generate debates over much wider constitutional reform

Constitutional reform to embed devolution is the route to this new and improved United Kingdom, according to the First Minister. It is now the time to establish a “stable territorial constitution”, he urged; “a proper and durable long-term settlement for the whole of the UK”, in which the place of the devolved nations would be cemented.

“Can we see a future for the UK which is built on a fundamental acceptance that we are a territorial Union with a devolved constitution? Can we have confidence that our constitutional arrangements will be respected and transcend party politics?,” he asked.

“I believe the answer is yes. I believe it is possible to work out a full future for Wales, Scotland and Northern Ireland, through devolution, within the wider framework of a strong UK bound together by common threads of shared history, culture and values.”

A new UK constitution must enshrine three key principles, the First Minister advanced: it should guarantee the devolved legislatures of Scotland, Wales and Northern Ireland as permanent features of the Union; it should ensure a presumption towards devolution, wherever practical; and it should provide a consistent method for devolving powers across all parts of the UK.

Outlining a positive vision of the Union, Jones drew upon Wales’s experience of devolution and recent negotiations with the UK Government over the transfer of further powers to the Welsh Assembly in response to the Silk Commission, to demonstrate what can be achieved when the Westminster Government and devolved administrations work together constructively and respectfully.

While making the case for constitutional change, the First Minister was nevertheless forthright on the merits of maintaining the Union. He staked this argument first and foremost on trade and currency. On the Scottish National Party’s plan to remain in a currency union with the remainder of the UK post-independence, Jones raised significant doubts, and warned that, as First Minister of a devolved administration, he would “want the right to have a say” on Scotland joining such a pact.

In setting out his stall for reform, the Welsh premier demonstrated that developments north of the border can generate debates over much wider constitutional reform.

Hosted by the Academy of Government in the University’s Old College on 20 November 2013, the lecture by First Minister of Wales the Rt Hon Carwyn Jones AM was chaired by Academy Director Professor Charlie Jeffery and attended by staff, students, members of the public, as well as a host of media outlets.

This entry was posted in Europe and External Relations, Uncategorized. Bookmark the permalink.