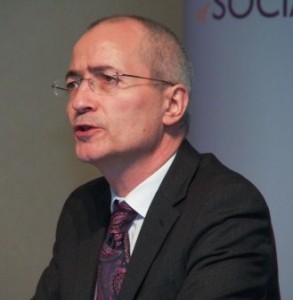 Professor Charlie Jeffery of the University of Edinburgh describes the process behind the McKay Commission report, an important step forward in answering the West Lothian Question.

THE McKay Commission on the Consequences of Devolution for the House of Commons publishes its report today.

Of course, the issue is not just about Scotland. As devolution has stabilised in Northern Ireland and been much strengthened over the last few years in Wales, a growing proportion of the content of Westminster legislation now applies in England alone. Yet procedures for making laws at Westminster have not changed significantly as a result of devolution. Currently, laws that apply UK-wide and those that apply in England alone are dealt with in the same way.

We came to the view that this was wrong. We felt it was important for there to be an opportunity in the Commons for MPs from England to express a collective view on matters that apply in England alone. And we felt that such a view should normally be respected by the House as a whole, and be reflected in the relevant legislation that follows.

We came to this view in the light of survey research that shows a surprising level of discontent among people in England about how they are governed. Though England – which makes up 85 per cent of the UK population and provides 533 of the 650 MPs – dominates the Commons numerically, people in England do not feel dominant. They feel significantly disadvantaged.

Perceptions about Scotland play a big role in that sense of disadvantage. An overwhelming majority think that MPs from Scotland should not be involved in making laws that apply in England. And over the last few years, around ten times as many people in England think that Scotland gets more than its fair share of public spending than those who think it gets less than its fair share. And when it comes to England’s “fair share”, there is a mirror view – people in England think that England gets a bad deal.

There is a sense – as in Scotland in the 1980s and 1990s – that the legitimacy of governing arrangements is now in question in England. It is for that reason we have recommended changes in procedure in the Commons that will enable an English voice to be expressed on matters that affect England alone.

We are confident today’s report will help produce a more visible form of public debate about English issues that can better reconnect people in England to their political system.

Charlie Jeffery is professor of politics at the University of Edinburgh and was a member of the Commission on the Consequences of Devolution for the House of Commons. This piece was originally published in the Scotsman on 25 March 2013.