Bannockburn and all that 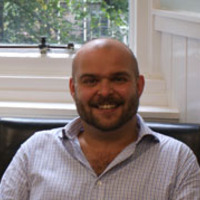 Dr Gordon Pentland, academic historian at Edinburgh University, reflects on the political role of commemorations in the referendum campaign, and the need for skepticism about the claims to history made by all sides.

The relationship between politicians and history is seldom brought into starker relief than over the vexed and related issues of commemoration and history education within schools. Both of these are likely to form a significant part of the background noise to the referendum debate as it develops. To take commemorations as an example, it did not take long after the referendum became a certainty for speculation to emerge that the Scottish Government would try to achieve some kind of ‘Bannockburn bounce’ by tying the date of the vote into the 700th anniversary of the battle. Now that we know the real date, of course, such speculations have been quashed. Nevertheless, the ambitious plans for the commemoration of the battle, with a new state-of-the-art visitor centre and the now compulsory creation of a ‘brand’ (inanely described by its architects as ‘a visual identity that was both brutal and playful, full of meaning yet instantly accessible, and fresh without eschewing tradition’) means that accusations that the SNP are seeking political capital from this particular aspect of the Scottish past are unlikely to disappear. As the digital clock counts down the 700 days to the 700th anniversary, claims that nationalists are somehow not to be trusted with history will provide a constant refrain in the independence debate.

history… is such a powerful resource that no one interested in political power and in mobilizing people can afford to give it up completely. All politicians, regardless of their affiliations… make claims to certain ‘national histories’, whether they are aware that they are doing so or not.

Such claims – echoing the late Eric Hobsbawm’s famous assertion that ‘no serious historian of nations and nationalisms can be a committed political nationalist’ – are apt to be far louder and shriller than any directed at countervailing commemorations. In particular, the ambitious plans to mark the centenary of the outbreak of the First World War surely represent an opportunity to underline a shared British experience if ever there was one and David Cameron has hailed: ‘A commemoration that captures our national spirit in every corner of the country’. This planned commemoration (much closer to the actual date of the referendum than the Bannockburn anniversary) has not attracted anywhere near the same level of grumbling in the press. The nature of the conflict – far closer in time and involving a far more profound and widespread sense of loss – makes it difficult, taboo even, to suggest that the motives behind or the effects of its commemoration might be construed as political. Whether intentional or not, however, all such events, which involve politicians, state bodies and claims to ownership and understanding of the past are inescapably political.

Indeed, such politicized debates over Scotland’s past and its relationship to the British past have become increasingly frequent since devolution and do not require events as starkly polarizing as Bannockburn or as transformative as the First World War to sustain them. One revealing example, which sits on the threshold between issues of commemoration and education, was a debate in the Scottish Parliament in 2001. The motion put was that the deaths of James Wilson, John Baird and Andrew Hardie – three men executed for their role in an abortive radical insurrection in 1820 – be incorporated into the education curriculum as a means of commemorating their sacrifice. In the subsequent debate, this event became a pivot for three competing narratives: the Nationalist (that these men should be commemorated primarily because they died ‘in the cause of Scottish self-determination’); the Labour (that they should be commemorated to demonstrate that ‘The real heroes in Scottish history are not the kings … but the ordinary working-class people’); and the Conservative (that they should not be commemorated because ‘we would be wise to teach the lessons that the nation has learned from that history rather than glorifying men who betrayed it’).

The point surely is that history (understood in its broadest sense as claims to knowledge about ‘the past’) is such a powerful resource that no one interested in political power and in mobilizing people can afford to give it up completely. All politicians, regardless of their affiliations to different political parties and positions, make claims to certain ‘national histories’, whether they are aware that they are doing so or not. And they make these claims as academic historians have increasingly moved away from their own traditional role in furnishing histories of the nation. So the advice from this particular academic historian is to treat all statements about history coming from the mouths of politicians and from ‘Yes’ and ‘No’ campaigns with a healthy skepticism. To be plausible, they must all have an kernel of truth in them; but they are far more likely to live up to Ernst Renan’s famous dictum that: ‘Forgetting, I would even go so far as to say historical error, is a crucial factor in the creation of a nation’.

Dr Gordon Pentland is a Senior Lecturer in History at the University of Edinburgh. He is author of The Spirit of the Union: Popular Politics in Scotland, 1815-1820, published in 2011.

This entry was posted in History. Bookmark the permalink.