Carving out a Scottish Identity 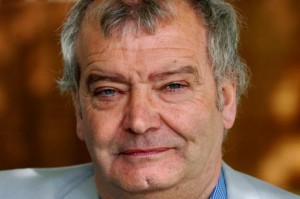 Writing in the Scotsman, Tom Devine discusses the historical evolution of the Scottish identity, noting that polls don’t reflect the nuanced and dual nature of Scottish and British identity, one that emerged in the Victorian era.

The recent analysis of the census figures on Scottish national identity prompted some dramatic headlines. It was reported that the majority of people living in Scotland now said their national identity was “Scottish only”. Indeed, it was suggested that 62 per cent said they felt “Scottish only” with a mere 18 per cent describing themselves as both Scottish and British. Nationalists applauded this positive news while Unionists asserted that many Scots were still basically British at heart.

The difficulty is that the data on which these claims and counter-claims are made rests on “evidence” from the census which needs to be taken with a powerful dose of salt. The key weakness lies in the census question which asked: “What do you feel about your national identity?” This was then followed by six boxes to be ticked in response – Scottish, English, Welsh, Northern Irish, British and Other.

The problem is that from the late 18th century Scots, who were citizens of a historic nation, albeit a stateless one after 1707, developed a dual identity, a complex mix of Scottishness and Britishness which has endured to a greater or lesser extent to the present day. In the Victorian era and during and after the Second World War, Britishness was in the ascendancy. More recently, however, Scottishness has become much more dominant.Nonetheless, there is little sign in all poll results, apart that is from the information in the 2011 census, that the dual identity has finally been shattered. If it was, Scotland would almost certainly vote for independence next September.Yet the opinion polls still confirm that the preferred option for the majority of the electorate remains enhanced devolution with the United Kingdom. This indicates not the end of the hybrid identity but its elasticity, even at a time of a much deeper sense of Scottishness than before.

The census question, however is set in such an “either/or” fashion that it cannot capture the full complexities of duality.That is why social scientists have tended to use another approach to measure these subtleties. In 1986, a Spanish scholar named Luis Morena, who took his doctorate at the University of Edinburgh, introduced what became known as the “Moreno question”. Rather than one or two options to trace the meaning of Scottish identity, Moreno suggested five categories: only Scottish, not British; more Scottish than British; equally Scottish as British; more British than Scottish; and only British, not Scottish.

Future historians of the post-referendum period will therefore look back on 2014 either as the year the old duality finally fragmented or the time it demonstrated yet again its capacity for survival in changing circumstances.

The Moreno question has stood the test of time and is accepted by academics as the best guide to changes in Scottish national identity. For instance, using the question in a survey in June this year, Ipsos MORI Scotland showed that the group of crucial importance to both nationalists and unionists in the build up to the 2014 referendum were those who described themselves as more Scottish than British, though not exclusively Scottish. It was found that attitudes towards independence were finely balanced among this group who regard themselves as principally Scottish but who have also retained a continuing sense of Britishness. Of them, 45 per cent oppose independence, 35 per cent support it and 12 per cent remain undecided. An estimated third of the adult population is to be found within the group, a proportion which has been relatively stable over the last decade or so. They are the voters which both sides need to win over to be assured of victory in the referendum campaign.

The origins of this peculiar dual identity lie in the later 18th century. Scotland was in the early stages of an economic revolution which eventually transformed the nation into one of the most industrialised on earth. Aspiring Scots were making their mark on the British Empire as merchants, administrators, military officers, physicians, professors and much else. The Union finally seemed to be providing material benefit to the Scottish people. England and Scotland also became closer as Protestant nations engaged in a titanic conflict with Catholic France, the European superpower of the day, during the Napoleonic Wars.

Yet several Scottish intellectuals feared the “death of Scotland” at this time as Britishness became ever more influential and potent. They sensed the military, economic and cultural power of England and contended that Scotland might face a future as “North Britain”. After all, the Scottish landed elites were now beginning to send their sons to English public schools and Oxford and Cambridge. Several of the most eminent figures of the Scottish Enlightenment gloried in the “civilising” effect of the English connection and looked forward to “compleating (sic) the Union”. As William Robertson, the great historian and principal of the University of Edinburgh, had put it in the 1750s, “The Union will make us one people”.

William Wallace was a national icon in the age of high unionism because, so it was argued, he had helped save Scotland from English conquest and so paved the way for ‘a union of equals’ in 1707.

The thinkers, however, were proven wrong in their predictions. Instead, what emerged by the Victorian era was the new dual identity of Scottishness and Britishness. Scottishness was resilient. Scotland was an ancient nation which had long developed beliefs, stories, myths, songs and hero figures which ensured a strong sense of national identity that transcended but did not eliminate the country’s equally important regional and local identities. The Union itself, despite the adjective “incorporating” often attached to it, also maintained those powerful organs of civil society, the presbyterian church and private law within the union state.

The radical scale and speed of the country’s economic revolution soon inspired a voracious appetite for nostalgia for an older Scotland among the middle classes to which the inventors of tradition and myth-makers, led by the peerless Sir Walter Scott, responded enthusiastically in song, story and poetry. New hero figures embodying Scottish values emerged, none more important than Robert Burns, soon to be joined by the most famous Scotsman of the nineteenth century, David Livingstone. Old heroes were reinvented for new times. Thus William Wallace was a national icon in the age of high unionism because, so it was argued, he had helped save Scotland from English conquest and so paved the way for ‘a union of equals’ in 1707.

What becomes clear is that the new markers of identity cemented a sense of Scottishness but not at the expense of threatening the union with England on which Victorians assumed the prosperity of the nation depended. Thus, as one scholar has argued, as Scotland feared assimilation to England, it looked to the Highlands to project a distinctive identity.But this Highlandism was complementary to the Union as the kilted warriors of the Scottish regiments became the martial icons of the British Empire.

The dual identity from then to this point, was never static, but constantly renewed and its markers reinvented for new times in the 20th century. Future historians of the post-referendum period will therefore look back on 2014 either as the year the old duality finally fragmented or the time it demonstrated yet again its capacity for survival in changing circumstances.

Tom Devine is personal senior research professor of History in the University of Edinburgh and author of bestselling books on Scotland’s history, identity, and diaspora. This piece appeared in the 3 October 2013 edition of the Scotsman and is republished with the author’s permission.

This entry was posted in History. Bookmark the permalink.