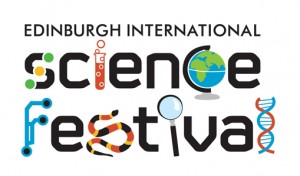 Scotland’s science base is excellent, but we are less successful at translating this to a vibrant and profitable high-tech industry-based economy. Opinions are sharply divided about how scientific research and Scotland’s future economic success, as it builds on technological innovation, would be affected by “devo-max” or total independence.

Would our innate creativity be unleashed, enabling us to reach new heights of innovation-based prosperity, or would we struggle to maintain our present position? These very important questions do not feature highly in public debates, although they are beginning to be hotly debated among academics, industry and government bodies in Scotland and Westminster.

Join Innogen for a discussion among leaders of Scottish science and industry, putting forward and justifying both side of the independence debate and exploring the futures they envisage for Scotland. Speakers include Professor Hugh Pennington and Iain Gray MSP to discuss issues from a ‘better together’ standpoint, and Colin Macilwain and Allan MacAskill to discuss issues from a pro-independence standpoint. The debate will be moderated by BBC Scotland Science Correspondent Ken Macdonald.