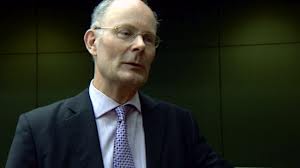 John Curtice reviews the polls. He finds that most indicators continue to suggest that the verdict will be No and argues that although the debate will range far and wide in the coming months, the victory will ultimately go to the side that presents the most convincing economic argument. This blog was republished from LSE British Politics and Policy blog.

When the campaigning is finally over, the final decision about Scotland’s constitutional future will lie in voters’ hands, as they cast their ballots on the 18th September this year.

At the moment it looks as though their verdict will be No. Only one of the 28 Scotland-wide polls of referendum voting intentions conducted to date has put the Yes side ahead – and that poll (conducted for the SNP) was widely criticised for prefacing its questions with a couple that appeared to lead respondents in a pro-independence direction. Once those who say Don’t Know are put to one side (typically some 15% or so of respondents), then across all polls conducted in the last three months the Yes tally has averaged 39%, the No score, 61%. In truth has been pretty much the picture throughout the whole of the last year.

However, although the polls have been stable, they have also been inconsistent. One company, Panelbase, has repeatedly put support for Yes at 44% or 45% (once the Don’t Knows are left aside). In contrast, in Ipsos MORI’s polls, for example, support for independence has ranged between just 34% and 38%. Inevitably such a persistent discrepancy creates some uncertainty about exactly how far No are ahead.

Moreover, there are some signs that the publication at the end of November of the Scottish Government’s White Paper laying out is prospectus for independence may have helped increase the Yes vote by two points or so. We await the evidence of further polls to see whether this apparent boost for the nationalist cause has survived the Christmas and New Year campaigning lull.

How might the Yes side make the further, more substantial progress that they would appear to need? Almost undoubtedly only by persuading Scots that independence would make their nation more prosperous.