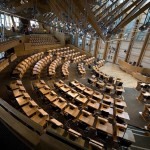 How we guarantee welfare through social security and other measures is one of the most disputed issues in Scottish and UK politics. The UK Coalition Government’s welfare reforms are controversial: seen by many as a necessary response to economic crisis, they are seen by many others – not least in Scotland – as a rejection of long-cherished values.

The controversies around welfare policy have long helped to animate Scotland’s constitutional debate. For some devolution was a necessary protection of Scotland against unpopular policies devised south of the border. For others it has helped to embed a ‘something for nothing’ culture. This David Hume Institute seminar takes place against this background of sharp political differences over how best to secure welfare in Scotland. Specially commissioned papers will set out the economic context – what the fiscal challenges in covering existing commitments will be, and what opportunities for (and obstacles to) change there are. Others will explore the scope to fine-tune the devolution settlement to deliver distinctive policies for Scotland, drawing on examples from Belgium and Northern Ireland to show what is and is not possible. Others still will explore the possibility that independence might offer an opportunity better to reflect Scottish values in welfare policy – but also the continuing interdependencies with the rest of the UK that would exist and could limit such opportunity.

This seminar is run in collaboration with the Academy of Government at the University of Edinburgh. Registration is free for members of the David Hume Institute and £25 for non-members and £10 for students. Register for the seminar.

This entry was posted in Events, Welfare and Social Policy. Bookmark the permalink.