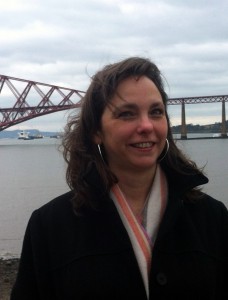 ‘Protection’ (or ‘power’) concerns the key function of sovereign states – to provide security for their citizens, mainly at home but also abroad. On this pillar, the White Paper lays out the case for continued membership in NATO and its

The ‘Profits’ element is how the state will engage with the international economy and position its domestic economy to provide economic wealth and security.  On this pillar, the White Paper clearly embraces a liberal, pro-trade economic foreign policy in its discussion of the advantages of continued EU membership, ‘focused engagement’ with the EU, and full participation in the Europe 2020 growth agenda.

‘Principles’ are the values and the projection of ‘what we stand for’ that purportedly guide a state’s foreign policy.  It is on this pillar that the White Paper seeks to put the most daylight between an independent Scottish foreign policy and its characterisation of UK foreign policy.  The White Paper, for example, emphasises the ‘different international priorities’ between Westminster and an independent Scotland and notes ‘we see that most clearly in matters of war and peace and in our relationship with the EU’ (White Paper, page 209).  The anti-nuclear argument of the White Paper is also partly based on value statements, such as “Trident is an affront to basic decency with its indiscriminate and inhumane destructive power” (p.232).  More principles are advanced when the White Paper envisions Scotland as a ‘champion for international justice and peace’ and puts forward the values of  ‘international development, human rights, climate change, and climate justice’ (page 225).  The Government boldly puts forward a ‘Do No Harm’ policy, stating: ‘As an expression of the values driving our foreign policy, this Government will ensure that other Scottish Government policies do no harm to development countries, do not undermine international development aims and ideally contribute to international development success’ (page 231).

Finally, ‘pride’ plays a place in most states’ foreign policies.  Pride often surfaces in characterisations the state’s identity, of ‘who we are,’ and of the state’s and its people’s accomplishments.  Pride may connect to values, such as human rights and climate justice.  But pride can also be projections of the nation’s self-image, such as a ‘beacon of democracy’ or a ‘cradle of a civilisation.’   In this way, the White Paper paints a picture of Scotland as “an outward facing nation, exporting goods, people, and ideas around the world…”(207) and refers to ‘’Scotland’s proud military tradition” (234).  At its most dangerous end, pride can turn negative and derogatory in tone, painting an excessively positive image of itself only in reference to excessively negative images of other.  There is none of this extreme negativity in the Scottish White Paper’s vision of its foreign policy, which is perhaps surprising for a document written by a political party with ‘national’ in its name.

The four pillars of foreign policy can stand alone in a vision statement, such as the White Paper.  In practice, however, they are not mutually exclusive.  They can work together, reinforcing each other (profits can my protection, for example), but they often come in conflict.  What happens when, for example, profits come from trade with states with human rights violations or security imperatives lead the state to act in ways counter to its self-image?   The White Paper does reflect on these potential conflicts.  It states:  “we will not allow commercial or other considerations, including military considerations, to influence our approach [to international development] improperly’ (231).  A praise-worthy goal indeed, but few states have succeeded in avoiding these trade-offs and in isolating principles from profits and protection, and Scotland would be no exception.

The White Paper rightly states that with independence, Scotland would have sovereign ability to choose the direction of its foreign affairs – to follow the pillars the Government seeks to build.  But it would quickly discover that with sovereignty comes the difficult task of deciding what to do when the pillars point a state in conflicting directions.