Our Friends in the North East 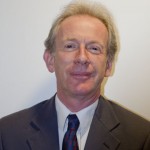 Richard Parry, a Reader in Social Policy at the University of Edinburgh highlights an English dimension in the current debate. He notes that local leaders in the North East fear competition from Scotland, either devolved or independent, and may come to regret their rejection of a regional assembly in light of increasing marginalisation.

It can be painful living in area with weak local political institutions next to one with a powerful political system able to take decisions about its own destiny. This is where the North East of England feels itself to be at the moment, and the issue provoked lively discussion at a roundtable in Edinburgh on 29 January, part of a project by researchers from Northumbria and Durham universities and IPPR North, and funded by the Association of North East Councils. It follows IPPR North’s report Borderland: Assessing the Implications of a more Autonomous Scotland for the North of England, published in November 2012  (IPPR also published on 25 January Alan Trench’s impressively clear and detailed report Funding Devo More: Fiscal Options for Strengthening the Union).

The North East’s decision in 2004 by a vast 78-22 margin to reject the offer of an elected regional assembly with limited powers now seems like a bad move. Voting no was presented as a way to preserve the two-tier local government system in the region, but this has now gone anyway in favour of unitary authorities. The Regional Development Agency has been abolished by the coalition UK government in favour of weaker ‘Local Economic Partnerships’ (Lecs) that avoid any regional political identity. Senior local authority officials at the roundtable conveyed a real sense of anger at the London-centric approach they now face, with Manchester and Leeds bought off as prospering big cities.

Even without independence, Scotland’s political and economic power is envied and feared in the region. First Minster Alex Salmond offered friendship and turned in a typically impressive performance when speaking in Newcastle on 13 November 2012, but left no-one with the illusion that his government would relate on equal terms to the North East’s collection of local authorities and ah hoc co-ordination mechanisms. Suggestions of Scottish reductions in Corporation Tax and Air Passenger Duty fuel fears of the North East being sucked dry of inward investment and communications links by a more powerful Scotland.

Before devolution, Scotland and the North East seemed in many ways comparable, both ‘regions’ in the UK, subject to similar economic policies to address similar economic problems. Scotland had an extra level of history and identity but the North East too was cohesive, proud and solidaristic. Now the North East has to make its way as a peripheral area of England, marginalised and lacking influence at the centre. Scottish independence might afford the North East specific recognition as a border region vulnerable to economic competition from Scotland. But for the present the North East is watching anxiously the protracted constitutional debate to its north.

Richard Parry is Reader in Social Policy in the School of Social and Political Science, University of Edinburgh.

One Response to Our Friends in the North East