Scotland wouldn’t be out of security loop 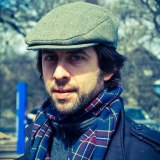 The Home Secretary is disingenuous to claim that an independent Scotland would be left out of the loop on our island’s security, writes Dr Andrew Neal in the 12 November 2013 edition of The Scotsman.

Theresa May’s Scotland Analysis: Security paper, published recently, is two things: factual and political. Factually, it is a comprehensive inventory of the UK national security architecture. Politically, it is an opening gambit. It sets out the negotiating position of the British government in the event of a Yes vote, stating that an independent Scotland would be excluded from the existing architecture and could not possibly share it. The paper says that apart from its strong capabilities in policing, an independent Scotland would have to start from scratch.

As a reference document, the analysis paper is a fantastic resource for anyone wanting to understand the nuts and bolts of UK security governance. The problem is that the UK and Scottish governments are playing a disingenuous game of security politics with each other and with us.

The UK government says that an independent Scotland would be out in the cold. This does not fit with the realities of our shared island and its integrated infrastructure. Take the claim that an independent Scotland would be excluded from UK cybersecurity. We have an integrated telecommunications network with UK-wide service providers. Unless someone constructs a great firewall of Scotland – Hadrian’s firewall perhaps – that is not going to change. Independence or not, Scottish cybersecurity is UK cybersecurity. GCHQ has deals with communications companies for network access, which are among their most prized assets and closely guarded secrets. They are not going to tear these up.

To exclude Scotland from the national security architecture would go against the interests and tendencies of the security services. From what we have learnt in recent press about their political influence and boundless urge for expansion, they will lobby hard not to relinquish their reach over the northern third of the Great Britain.

For example, we know from the Edward Snowden revelations that the natural tendency of GCHQ is to extend its capabilities. From its station at Bude in Cornwall it monitors communications data from across Europe and Asia as it leaves the continent for America. The Snowden papers also suggest that GCHQ works closely with the intelligence services of European partners to share technology and data, and helps them stretch the interpretation of legal restrictions to make this possible.

With this in mind, it is hard to imagine GCHQ closing its ears to what happens in Scotland. If civil libertarians see independence as an opportunity for Scotland to distance itself from the perceived surveillance state that is emerging in the UK, they can forget it. Popping over the Border from Carlisle to Gretna for a bit of data privacy is not going to happen.

When the capabilities of the security services have been challenged, the intelligence community has lobbied hard to keep them. Scottish independence would be no different. For example, the three main Westminster parties were until recently committed to changing the law to allow intercept material as evidence in court. Allegedly, to prevent this, GCHQ deployed sympathetic figures such as the former independent reviewer of terrorism legislation Lord Carlile to successfully turn the argument in their favour.

History shows that what the security services want, they get. Somewhat wise after the fact, David Blunkett said last week that when the security services tell the government that something needs to be done, it takes a brave minister to say no. Harold Macmillan wrote in his autobiography that ministers and even prime ministers are disadvantaged amateurs against the specialised security claims of the professional intelligence community. This will be as true for Alex Salmond is it was for him. The intelligence community will have persuasive words behind closed doors north and south of any new Border.

Arguments against security are difficult to win, and that is probably why the SNP has not tried to make them. Arguing for reduced security measures depends on the unprovable claim that the threat has decreased. The cost of getting it wrong would be terminal to any political career.

Arguing for increased security only needs to be justified against hypothetical worst-case scenarios; no proof required. There is little political cost in getting it wrong other than being labelled authoritarian. Being tougher on terrorism than the other side is a well-worn political strategy anyway. The security analysis paper hangs on a version of this thin but irrefutable reasoning: if the worst has happened in other small European countries, and then it could happen in Scotland.

The only SNP security policy we have at the moment is a bland statement that Scotland will have arrangements that are “proportionate and fit for purpose”. Like every other question ever asked about independence, from dividing up the state-owned banks to Alex Salmond’s shoe size, we expect this to be addressed in the fabled white paper on 26 November.

In the meantime, the SNP has implicitly accepted that its proposed 18-month transition from referendum to independence is not enough time to set up a new Scottish national security architecture. Nicola Sturgeon, in her evidence to the foreign affairs committee in January, suggested that an independent Scotland would expect some help from the UK security services to get its own arrangements up and running, and even for Scotland to stay in the intelligence loop. The response from the intelligence community has been “don’t bet on it”, but again this is disingenuous.

The politics of security and the facts on the ground mean that Scotland and the UK will remain security bedfellows. The UK will be compelled to keep an independent Scotland in the security fold. An independent Scotland will be compelled to stay there. It is in none of their interests to allow the merest perception of a Scottish “weak link” to take hold. All sides have said that security is the first responsibility of government. They will be held to this. It won’t be easy for Alex Salmond to tell a post-independence Scotland that “help” from the UK means that GCHQ is still listening.

Andrew Neal is working on a book on parliamentary security politics. He is principal convenor of the ESRC seminar series ‘Security in Scotland, with or without constitutional change’. His most recent book is “Exceptionalism and the politics of counter-terrorism: liberty, security and the war on terror” (Routledge 2010). His research sits between international relations theory, political theory, sociology and security studies. He is particularly poststructural, critical, and sociological approaches to security; and the work and reception of Carl Schmitt and Michel Foucault in IR and security studies.

2 Responses to Scotland wouldn’t be out of security loop