Social Justice in a new Scotland? 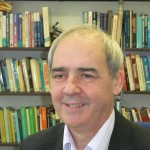 In the first of our series of analyses of the welfare state and the debate over Scotland’s constitutional future, Professor David Bell of the University of Stirling argues that transferring control of welfare to the Scottish Parliament would force all parties, given the tight constraints on the welfare budgets, to make difficult policy choices.

In a Scotland with powers to influence the welfare budget, there may be a collective agreement to provide more generous social welfare. But there will be some really difficult decisions to make about how to control access to benefits and what levels to set them at. There are clear demand pressures on the welfare budget that will cause it to rise as a share of GDP even at current levels of support and under most realistic assumptions on the growth rate of the Scottish economy. The challenge to all parties, irrespective of their position on constitutional change, is to explain how social justice can be delivered within a social protection budget whose growth will be more tightly constrained than at any time since the establishment of the welfare state in 1948.

The 2012 Scotland Act gives the Scottish Parliament significantly increased tax powers. But it does not change any of the powers affecting social protection – the welfare system. All of the alternatives to the Scotland Act currently on the table argue that the Scottish Government, in addition to further tax powers, should have more control over social protection spending. Devo-Plus, Devo-Max and full independence involve the Scottish Government having partial or full control over unemployment and disability benefits, state pensions etc.

But there is very little meat on the bones of these proposals thus far. There seems to be agreement in principle that enhanced powers and therefore more accountability for welfare spending in Scotland is a “good thing”, but not much clarity about the principles that might direct this development and how these might represent “Scottish values”. Further there has not been much engagement with the really challenging issues that face welfare spending in the future, which will arise irrespective of the constitutional settlement.

There are arguments that Scotland has a more social democratic tradition than England and would be likely to adopt a more generous attitude to provision of welfare benefits. There is some evidence to support this notion. Comparisons of the 2010 Scottish and British Social Attitudes surveys show that Scots take a slightly more generous attitude to welfare – they are more likely to view the current level of unemployment benefits as causing hardship and are less likely to think that large numbers of people falsely claim benefits. Nevertheless, these differences are not large: more Scots believe that benefits are too high than believe they are too low. And more Scots agree than disagree with the proposition that there are large numbers of people making false benefit claims.

When it comes to preferences about where any extra welfare spending should be directed, the Social Attitudes Survey shows that more than half of Scots agree that pensioners should be the main beneficiaries. The next most common response is the disabled; children and the unemployed are lower on the priority list. These responses pose real difficulties for politicians irrespective of the future constitutional settlement because most of the recent growth in welfare spending has been on pensioners and the disabled.

In 2010-11, the Scottish Government controlled only £4.9bn of a total social protection budget for Scotland of £20.7bn, which amounts to about 17 per cent of Scottish GDP excluding oil and 14 per cent if oil is included. Most of the Scottish Government spending, which is known as “personal social services”, is delivered by Scottish local authorities in the form of support for the frail elderly, the disabled, children, the homeless etc. But by far the largest part of the social protection budget, £15.6bn, is distributed as cash benefits by the Department for Work and Pensions. The DWP is particularly unpopular at present because of its simultaneous application of cuts and reorganisation to the benefits system. But opposition politicians at both the Scottish and UK levels have been noticeably reluctant to articulate a clearly costed alternative future for the welfare state. Instead the most vocal opposition to DWP has come from the voluntary sector and the trades unions.

Spending per head on benefits in Scotland is greater than in the UK as a whole. In 2010-11 spending per head in Scotland was £3972 compared with £3658 for the UK as a whole, a difference of 8.6 per cent. Does this margin reflect a greater Scottish instinct for social democracy? The answer is no. DWP determines common levels of welfare support for the whole of the UK. Differences in spending per head reflect differences in demand for welfare between Scotland and the rest of the UK, not in the conditions of supply. Scotland has higher spending because it has a higher proportion of pensioners and relatively more disabled people. The majority of social welfare spending is directed towards these groups as is shown in Figure 1. 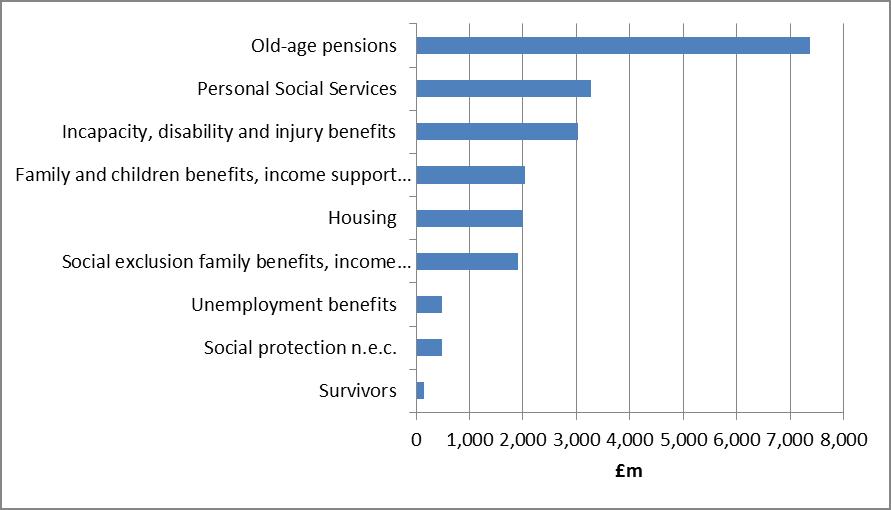 State pensions in Scotland cost more than £7bn. Spending on personal social services tend to be directed towards the old and the disabled. Incapacity and disability benefits cost £3bn. Together these three types of spending account for two-thirds of cash benefits paid by the DWP in Scotland. Scots may agree increasing benefits to older people and to the disabled may be socially just, but there is no avoiding the conclusion that it is expensive. Increasing benefits to the unemployed would be significantly less expensive simply because they are fewer in number.

The Coalition Government has decided to “triple-lock” state pensions, implying that the amount they increase each year will be the maximum of earnings growth, prices growth or 2.5 per cent. This restores the linkage of state pensions to earnings which was lost during the 1980s and will add to their overall cost. There is further potential for cost increases as increasing numbers of baby-boomers pass retirement age. The Coalition Government has moderated this growth, at least in the short-run by increasing the retirement age, a policy that is arguably not fair in parts of Scotland where life expectancy is particularly short. The number of disabled may increase depending on the future incidence of diseases such as obesity and dementia.

In a Scotland with powers to influence the welfare budget, there may be a collective agreement to provide more generous social welfare. But there will be some really difficult decisions to make about how to control access to benefits and what levels to set them at. There are clear demand pressures on the welfare budget that will cause it to rise as a share of GDP even at current levels of support and under most realistic assumptions on the growth rate of the Scottish economy. The challenge to all parties, irrespective of their position on constitutional change, is to explain how social justice can be delivered within a social protection budget whose growth will be more tightly constrained than at any time since the establishment of the welfare state in 1948.

David Bell is Professor of Economics and ESRC Senior Research Fellow on the Future of Scotland and the UK, University of Stirling. This article was also published in the Scotsman on 19 February, and is derived from a paper presented to the David Hume Institute/Academy of Government seminar ‘Delivering Social Security: Options in Scotland’s Constitutional Debate.’ A full version of the paper is available at: http://www.davidhumeinstitute.com/research.html