Shining a Light on Social Justice in Scotland 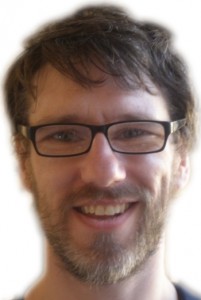 As part of our series on social welfare and the independence referendum, Robin McApline, Director of the Jimmy Reid Foundation, welcomes that the referendum is focusing attention on prevailing levels of poverty and inequality in Scotland and the UK, and urges both sides to put social justice at the heart of their campaign.

Nothing allows daylight to flood in quite like opening the curtains. Time spent in an enclosed space with your eyes focussed on a point away from the outside world affects your vision. Things seem duller, perspective and dimensionality are lost.

And so it is that the independence debate has refocused minds on the question of social democracy and what it means. This is not to grant one side or another in the debate credit with changing the perspective alone; but by starting to think about the possibility of a social order which isn’t only informed by the British (and US) social model has forced everyone to clarify their vision.

As the horizons of the debate are stretched, unwillingly, from our island up to the north and out to the east, light is cast on our social democracy. And it is not a sympathetic light.

Why is this so? Because Britain is a surprisingly parochial country when it comes to sources of inspiration and measures against which to assess ourselves. For a long time Britain (often as a direct result of campaigns by the right-wing media) has tried hard to obscure Europe from us. The story became always about ‘what’s wrong with Europe’ and why we wouldn’t want to be like them. Straight bananas and all that.

At the same time, this story has been curated almost literally to disorientate us – orientate originally meaning to look east. Instead, we have had a strange distorting medium between us and things to the north and to the east. The US has far too often become our chosen frame of reference. This is partly linguistic, partly cultural, but mainly political.

For generations Britain saw itself as a bridge between Europe and the US, which always reminds me of the line in Shakespeare in Love where the character playing the nurse describes Romeo and Juliet by beginning “so, there’ this nurse…”. In the second half of the 20th century Britain was an important US asset in Europe, but the intellectual traffic was one way. We learned much about America’s obsessions (small government, laissez faire, individualism) but evidence that they learned much about Europe’s is much more limited.

The outcome of this has been that Britain has remained stubbornly unwilling to learn political lessons from anywhere to its east or north. Scandinavia has always been dismissed sniffily as a ‘peculiar and specific’ social model. It is rejected as a social model for tenuous reasons, primarily relating to a US assumption that low tax is always the preferred choice – and this against the evidence.

The European social model is one we think belongs separately to Britain. It is as if we are an island broken off from a continent, an island in which political evolution took a different course from the mainland, producing a unique and self-contained social order. This isn’t true; it was very much part of a continent that was struggling its way into a post-war settlement that could do nothing other than build something better among the ruins. We just don’t see it that way. We imagine Britain to be self-contained.

We were celebrating the ideal of the NHS at the very point where its founding principles were being discarded.

To my eyes, this mindset seemed to reach its turning point in Danny Boyle’s Olympics opener. That we took so much pleasure in hundreds of underpaid nurses dancing for free for corporate sponsors while the pernicious deregulation of the NHS in England was ploughing its way through Parliament seemed to me to present a major disjuncture. This wasn’t a birthday party; we weren’t celebrating something in rude health. It wasn’t a funeral; we weren’t mourning the loss of a loved one. It was like we were dancing round the room dragging a corpse with us. We were celebrating the ideal of the NHS at the very point where its founding principles were being discarded.

I would not suggest this is yet a widely-shared view in Scotland, but I think we’re getting there. Both sides of the referendum campaign are now starting to present their vision in terms of social democracy. Scottish Labour is rediscovering vocabulary like ‘redistribution’ which seemed totally absent in the Blair years.

And so, perhaps no single piece of information has more fired the development of the independence campaign than this – Britain is the fourth most unequal country in the world and it is getting worse. As the horizons of the debate are stretched, unwillingly, from our island up to the north and out to the east, light is cast on our social democracy. And it is not a sympathetic light.

There is no doubt that this is a less comfortable light for the No campaign. In no sense can you compare Britain to comparators like Germany or France and conclude that our social democracy is a triumph. When Scotland looks to the Nordic countries, many of our socioeconomic statistics look positively medieval. One of the reasons the No campaign is so uncomfortable with allowing conversations to drift towards what Scotland could be like if it was independent is that it is hard to see how we could be much worse in social democratic terms. There are only four ways we could end up worse: become Turkey, Russia, the US or a third world country. In that context, pointing to a 60-year-old NHS to prove that Britain can still take pride as a country of equality rings hollow.

In a debate between The Daily Mail and The Daily Telegraph, Britain’s problems relate to too much social democracy. That has been the UK perspective. Look outwards and things seem different.

Does this mean that only supporters of independence can have any case to make on social democracy? No, it certainly does not. The No campaign and its supporters could build a strong case for how Britain as a larger nation has more scope for internal redistribution, which in turn could lift a larger number of people out of poverty than we could do in Scotland alone. What it can’t seriously argue is that this is happening – or has happened at any time in my lifetime. Since I learned to talk, social mobility and socioeconomic equality have been redistributed in the wrong direction.

Does this mean that independence supporters have social democracy in the bag? Definitely not. As some people have put it, to fight an independence campaign, to win, and to then discover that the only outcome is to become the fifth most unequal country in the world would be truly awful.

Here’s the thing though; the No campaign has made no suggestion so far on how to achieve a more socially-democratic Britain. It has resorted to implying that what we have is as good as it gets. And while there is much to poke holes in so far, the Yes campaign has at least taken the issue of equality seriously.

If one outcome of the independence debate is that, in the glare of daylight, Scotland is forced to stand naked in front of the mirror, it will have done us a service. The best moment in US TV series The Newsroom was its first moment. Asked by an audience member to succinctly explain why America is ‘the greatest country in the world’, the lead character responds dryly that it isn’t.

Whatever becomes of Better Together, it will have done Scotland no favours if it continues to pretend that Britain is the best social democracy we are permitted. With the curtains open, it really is time to own up to just what a state the State has become.

Robin McApline is Director of the Jimmy Reid Foundation