The implications of losing the pound sterling for business: Game changer 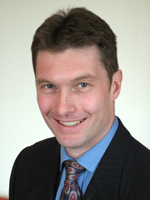 The University of Edinburgh’s Brad MacKay examines the potential impact that Chancellor George Osborne’s speech may have on the business community. This post was originally published by The Future of the UK and Scotland.

Today’s announcement by the Chancellor of the Exchequer that there will not be monetary union between an independent Scotland and the rump UK (rUK) post-independence is a game changer. It comes one day after researchers, including myself, working in the ESRC programme into the Future of the United Kingdom and Scotland gave a briefing in Brussels on our research findings so far. In it Professor David Bell and I argued that the major uncertainties facing business are the EU, Corporate Taxation, Income Taxation and the Currency.

In my own research, I have so far conducted 52 in-depth interviews with business leaders in medium and large firms. The industries that we have focused on so far are energy (including oil and gas), financial services, engineering and industrial manufacturing, electronics and technology, and life sciences. In a clear majority of these interviews, business leaders have indicated that it is uncertainty around the currency that poses the most significant risk for their businesses.

So what are the implications of today’s announcement for a post-independence Scottish currency, and what does this mean in practice? Under EU rules for a country to join the Euro, they must first demonstrate that they can run their own currency and central bank within the deficit and debt restrictions placed on them by the EU before they can join the European monetary union. In other words, the Euro in the short-term is not an option for Scotland. Consequently, an independent Scotland will have to have its own currency, either pegged to the pound, which brings with it its own set of challenges, or a freely floating currency on international markets, which almost certainly would be a devalued, and more volatile currency. There is also the possibility that there could be some form of informal currency union, or sterlingization, which may have some attractions for business, but will still bring with it numerous challenges.

If the pound sterling is, or looks to be, unavailable to a post-independent Scotland, it will result in a number of businesses having to make tough decisions on whether they can continue to domicile themselves in Scotland, and the degree to which they maintain the same level of economic activity in Scotland. Why? Because for a significant number of medium and large businesses in Scotland, most of their trade in the UK, often as much as 90%, is not in Scotland, but the rUK. This makes sense when you consider that the population of Scotland is 5 million, but the population of the rUK is 58 million. Businesses will, therefore, have to consider very carefully a range of different factors driving their businesses, but primary among them will be three things: (1) how separate currency jurisdictions will impact on their ability sell products and services to their customers; (2) whether it makes recruitment and retention of high value, skilled labour more or less difficult; and (3), whether it creates or destroys shareholder value by decreasing or increasing costs and profitability. Global businesses whose customer base is also primarily global, however, may be less impacted.

Small businesses in Scotland will not be immune to the implications of having separate currencies in Scotland and the rUK either. For small businesses that do any trading in the rUK, they would have to deal in two currencies, and there would be costs and time involved in exchanging currencies, translating different prices from one currency to another and so on.  Economic theory suggests that the existence of a border can reduce trade, and some of these ‘transaction’ costs associated with dealing in different currencies and jurisdictions help to explain why.

Economic fundamentals suggest that for countries to share a currency there needs to be agreements over deficits, debts and taxation, which may not be sustainable for economies driven by different factors, as a Scottish resource-led economy, and a UK non-resource-led economy almost certainly would be. This at the very least necessitates close coordination, if not integration. The Euro crisis of recent years is evidence of this. So, far from being an act of bullying or intimidation, as Nicola Sturgeon suggests, George Osborne’s announcement is underpinned by what is increasingly becoming a position supported by economic orthodoxy. That’s not to say that if the political will exists for a monetary union one can’t be made to work, for a time. There are few examples, if any, where one has been made to work over extended periods of time, even with political will, without political integration.

Ethical considerations aside, if the Scottish government were to use this as an excuse to walk away from its share of the UK debt, the reaction from international markets would almost certainly be swift and brutal, and result in a poor credit rating for Scotland. This could then translate into uncertainty and volatility within the Scottish economy, which would in turn most likely reduce business investment in Scotland, economic growth and jobs. The UK government’s position on currency will undoubtedly be unwelcomed news for the Scottish government, but they would be unwise not to recalculate what this means for the independence project, and more importantly, for average Scots, and to build their case for independence from there.

So while the stated position of the Scottish government in their White Paper launched on November 26th 2013 is to continue to use the pound sterling, some uncertainty has existed about whether the UK government would agree to such a pledge. With the Governor of the Bank of England, Mark Carney’s recent speech in Edinburgh, where he outlined the economic difficulties of monetary union without political union, there has been uncertainty over whether the UK government would agree to such arrangements. It is now clear that this would not be the case, and it is now incumbent on the Scottish government to outline its plan B, whatever it may be. But even with a plan B, adopting a separate currency in a post-independent Scotland, our research suggests, is likely to be problematic for a significant number of Scotland’s small, medium and large businesses.

The implications are, of course, that independence may well result, at least in the short and medium term, in a drop of economic output as cross border trade is diminished, and some medium and large businesses (who while fewer in number compared to small businesses, are responsible for the largest proportion of jobs and national income in Scotland), choose to reduce their exposure to Scotland by migrating some of their activities to either the rUK or the EU. In the long-term, of course, anything is possible.

This entry was posted in Economy and Currency, Uncategorized. Bookmark the permalink.