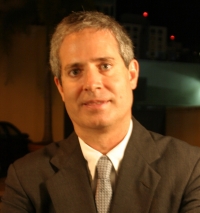 The University of Pennsylvania’s Jaime Lluch discusses Puerto Rico’s plebiscite on the territory’s constitutional status, pointing to the ambiguity inherent in the relationship between Puerto Rico and the United States.

Last November 6, the citizens of Puerto Rico held a plebiscite on their future constitutional status. This is the fourth plebiscite of this sort that has been held in Puerto Rico, following those held in 1967, 1993 and 1998.

Both the procedural pathway that led to the holding of the plebiscite and the substantive results emerging from it may be of interest to those who are concerned with the process leading to the 2014 Scottish referendum on independence.

Background: The territorial autonomy of Puerto Rico
Since 1898, Puerto Rico has been an “unincorporated territory” of the United States, and the nature of its relationship with the U.S. has been set by federal statutes, especially the Foraker Act of 1900, the Jones Act of 1917, and the Federal Relations Act of 1950-1952. Although the US Constitution provides for “states” and “territories,” the category of “unincorporated territory” was sculpted by the U.S. Supreme Court. Puerto Rico has a very peculiar form of territorial autonomy. It has a special status arrangement within the United Sates. It is part of the wider US federal political system, but it is not one of the constituent units of the US federation. Its autonomy is called “Estado Libre Asociado” (ELA), or free associated state, but it is neither free nor associated nor a state. There are now less than 4 million people on the Island and another 4 million plus Puerto Ricans on the US mainland, many of which circulate back and forth. Puerto Ricans are US citizens by virtue of the 1917 federal statute, but they cannot vote in US federal elections.

For well over a century, politics in Puerto Rico has not been about political economy or the relation between the state and society. Instead, it has mainly been a debate about how the territory will relate to the central US state and about how different conceptions of national identity shape this debate.

Autonomies such as Puerto Rico are non-federalist because they are constitutionally subordinate to the center. The “shared rule” component between the central state and the autonomous unit is weak or practically non-existent. The power to terminate or modify the Puerto Rico-USA relationship rests squarely within the US Congress. During 1952-53 the US succeeded in getting Puerto Rico off the agenda of the UN Decolonization Committee in part by arguing that the Estado Libre Asociado was a compact of a bilateral nature whose terms may only be changed by common consent. However, soon thereafter Congress and the Executive branch started to behave “as if no compact of any kind existed and as if Puerto Rico continued to be a territory or possession of the United States, completely subject to its sovereign will. Puerto Rico leaders would spend the rest of the century unsuccessfully trying to convince the United States to allow full decolonization” (Trías Monge 1997). Supporters of the ELA have tried on several occasions to negotiate a “culminated ELA,” starting with the Fernós-Murray bill of 1959, but they have been unable to obtain the consent of the US Congress. However, Congress continues to assume that it can unilaterally exercise plenary powers over Puerto Rico under the territorial clause of the US Constitution, and the US government contends that sovereignty over Puerto Rico resides solely in the United States and not in the people of Puerto Rico.

For well over a century, politics in Puerto Rico has not been about political economy or the relation between the state and society. Instead, it has mainly been a debate about how the territory will relate to the central US state and about how different conceptions of national identity shape this debate. These debates are dominated by three well-defined political orientations in the political party system: independentist, autonomist, and federalist (“let’s become a unit of the federation”).

The plebiscite of November 6, 2012
Some years ago the independentist party offered a proposal for holding a plebiscite with two rounds. In the first round, the people would be asked whether they wanted to continue living under the present (colonial) “unincorporated territory.” If the answer chosen by a simple majority was “No,” then there would be a second round (months later) in which the people would be asked to choose among the three non-territorial options, following an educational campaign. The idea was to narrow down the options to the ones that would decolonize the polity. This was seen as a mechanism for finally decolonizing the Island, given that the USA Congress had never shown an interest in doing so, or in even holding a federally-sponsored plebiscite in Puerto Rico.

Last year, the federalist party in power in Puerto Rico adapted the idea of a two-step referendum and proposed instead a two question referendum, to be held on the same day as the regular elections for selecting both the new Governor and the new legislature (with a view to boosting their support in the regular elections).

Thus, in the plebiscite of 6 November 2012, the people were asked two questions. The first was: “Do you agree that Puerto Rico should continue to have its present form of territorial status?” In the second question, they were asked to choose between federalism, independence, and a “sovereign ELA”, which is a light version of a genuine status of free association. The autonomist party actively and energetically campaigned for a Yes vote on the first question, and on the second question a “blank vote.” The results showed that 54% of the people voted No in the first question – a No vote in this context suggesting a vote for change. For the first time in their history, Puerto Ricans voted to show their disapproval of their present political status. This is the most important result of this event.

The US Congress, as the political branch of the central state, needs to take up its responsibility to de-territorialize Puerto Rico. In light of these results, another vote should be taken among these three options, but this time in a Congressionally-sponsored plebiscite.

The U.S. Congress has never agreed to provide for a binding referendum. This is not just a matter of respecting and implementing the result of the vote, but of exercising its responsibility as the dominant power.

Every single one of the four plebiscites that has been held in Puerto Rico has been a locally-sponsored one. The U.S. Congress has never agreed to provide for a binding referendum. This is not just a matter of respecting and implementing the result of the vote, but of exercising its responsibility as the dominant power. Moreover, only the US Congress can define what sort of conditions would be imposed if the people want to join the federation, what kind of transition period there would be were independence to be chosen, or what sort of expansive model of autonomy the U.S. Congress would be willing to grant Puerto Ricans.

Dr. Jaime Lluch is the Visiting Fellow in Democracy, Citizenship, and Constitutionalism at the Political Science Department, University of Pennsylvania. He is available at      jaime.lluch@gmail.com

For more information on autonomism in Puerto Rico, please read: