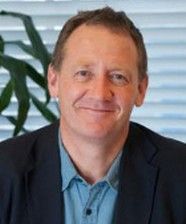 In a post published at the Scottish Constitutional Futures Forum, Neil Walker reflects on the implications of the referendum, questioning whether it will provide a decisive conclusion.

And so the countdown begins. But the countdown to what? Twelve months from now we should know the result of the referendum, but just how significant a marker will that be on Scotland’s constitutional journey?

One popular view – for many less a reasoned view than a deep-rooted assumption – maintains that the referendum will be decisive and conclusive of Scotland’s future constitutional shape and status. The contemporary history of the Scottish national debate began with Winnie Ewing’s by-election success in Hamilton in 1967, continued through the abortive devolution referendum of 1979, and reached a new pitch with the successful plebiscite of 1998 and the election of the new Scottish Parliament in 1999. According to the conventional narrative, this long Scottish constitutional ‘moment’ is now drawing to an end, the independence referendum scheduled for September 2014 its final act. And despite some early mutterings from the side-lines about the inclusion of a third ‘devo-max’ option on the ballot paper, that final act  will consist of a straight choice between ‘yes’ or ‘no’, ‘out’ or ‘in’.

Independence will cease to be an abstract and free-floating idea. It will instead begin to look like a substantive blueprint. And this will serve to reinforce a sense of the debate as a binary choice

But why should we conclude that the availability of a  straight choice to stay or leave – the first such choice offered the Scottish people in over three centuries of Union, will settle matters once and for all?

Read the rest of Neil Walker’s analysis at the Scottish Constitutional Futures Forum.

Neil Walker is Regius Professor of Public Law and the Law of Nations at the University of Edinburgh.

1 Response to The Receding Tape