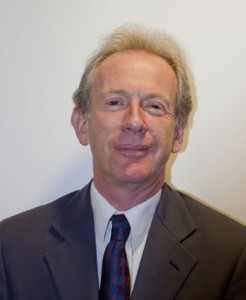 Richard Parry addresses the evolution of Scottish welfare policy, noting that ‘it is clear that UK welfare reform policy has had the unintended effect of knocking social protection like a curling stone into the house of Scottish-driven policy debate’

At the heart of the devolution settlement of 1997 was the distinction between policies devolved to the Scottish Parliament and Government and those reserved to the UK level, which include income transfers between the citizen and the state.  This constrains the devolved system, but also gives a convenient excuse for not taking a position on contested  issues. Above all, there is no need to finance entitlement-based pensions and benefits whose cost might pre-empt on other public services.

Beyond a ‘preserve and defend’ strategy, the Scottish Government has started to articulate its own vision of welfare through its response to the Expert Working Group on Welfare it set up.  This response reflects the lack of a Scottish tradition of debate and philosophy on social protection similar to that in health, education and housing.

Even before the referendum campaign, the fencing-off of pensions and benefits, hitherto neither defined by separate Scottish legislation nor even a distinct Scottish delivery system, was breaking down. The UK Welfare Reform Act 2012 imposed controversial policies interfacing with devolved areas – in housing, the spare room subsidy or bedroom tax (phrases that define the difference between the designers and recipients of policy); in social care, the Personal Independence Payments that replace Disability Living Allowance; and, in the overall system, Universal Credit, the kind of reckless, over-ambitious big idea about which the Scottish devolved system has been cautious.

Any earlier SNP thoughts that this might be handled passively as part of benefit simplification were swept aside by the insistence of anti-poverty groups that the Scottish Government use its powers to resist the Act. No Legislative Consent Order was proposed; a separate Scottish Act granted the order-making powers consequential on the UK Act; and a Welfare Reform Committee of the Scottish Parliament has been set up. There was keen interest in the manoeuverings of the Northern Ireland Executive to resist the bedroom tax and exploit the long-standing devolution of social security to Northern Ireland within  a parity of approach with the UK. Funding now passed in the Scottish Budget for 2014-15 will use devolved money to mitigate the effects of the bedroom tax rules.

Scotland’s Future makes it clear that an independent Scotland would call a halt to the concept of Universal Credit and the incorporation of Housing Benefit within it. Just as in health, the approach would seek to perpetuate traditional UK welfare state concepts better than England.  Ironically, the SNP’s promise to perpetuate the ‘triple lock’ on pension increases was subsequently endorsed by UK party leaders. Although the present 1% UK cap on annual increases in working-age benefits and (from 2014) child benefit and housing benefit will run out in 2016, the SNP would again take a jump in favour of generosity by promising to ‘ensure that benefits and tax credits increase in line with inflation’ (p159).  David Phillips’s work for the Institute for Fiscal Studies suggests that any generalized case that benefit payments are a drain on the UK at the moment, or on the finances of an independent Scotland,  is decreasingly true.

Beyond a ‘preserve and defend’ strategy, the Scottish Government has started to articulate its own vision of welfare through its response to the Expert Working Group on Welfare it set up.  This response reflects the lack of a Scottish tradition of debate and philosophy on social protection similar to that in health, education and housing. The debate will take time to crystallise; a second Expert Group has been at work and there is interest in the definition of distinctive themes of Scottish welfare system, more joined-up, inclusive and vaguely ‘Nordic’ in character.

All policy is incremental, and it will be difficult to make a rapid impact in terms of substance; the bedroom tax is a warning of the dangers of making any recipients instantly worse off.  But whatever the referendum result, it is clear that UK welfare reform policy has had the unintended effect of knocking social protection like a curling stone into the house of Scottish-driven policy debate.