Why Scotland is More than Capable of Defending Itself 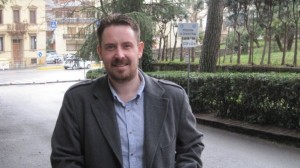 In this article, first published in The Sunday Herald , Colin Fleming challenges the argument presented in a recent UK Government report that an independent Scotland would be unable to deliver the same defence and security provisions as currently enjoyed by the UK

This is the latest of its Scotland analysis papers, which the UK Government has produced to put forward its case for maintaining the political status quo, but it is an increasingly salient issue in the referendum debate.

The matter of defence is especially important, being traditionally understood as the cornerstone of state responsibility.

Drawing on the UK’s global role, the main theme of the report is that an independent Scotland would not be able to deliver the same spectrum of defence provision as enjoyed by the UK and thus be unable to fully participate in global affairs.

In fact, it goes as far as to argue that following independence Scotland would not have the same influence on international affairs as it does as part of the UK. It also explicitly states that Scotland’s security would be diminished by independence, and makes the case that Scotland enjoys the safeguards provided by the “integrated” spectrum of forces currently provided as part of the Union.

Boiled down, the report offers an absolutist perspective on military power as a way of delimiting that outlined so far by the SNP and Scottish Government.

Of course, the Scottish Government will have to articulate how it will ensure Scotland’s security in the event of independence, but voters might ask why Scotland would be unable to provide defence and security at least as well as the UK.

The report’s identification of the UK global role and integrated defence is at least questionable. On the question of whether Scotland has international influence as part of the UK, it is correct that devolution has allowed Scotland to take on an international role (not least in Malawi). However, Scotland’s ability to act independently is limited and the idea that an independent Scottish state would somehow have less influence than presently seems particularly specious.

Regardless of whether one supports independence or not, most Scots are likely to feel uncomfortable with the idea that the wars in Iraq and Afghanistan are good examples of Scotland’s international influence, with the obvious riposte being that only with independence would Scotland have the powers to decide whether it takes part in these types of military operations.

Building on this argument, the report goes on to explain the integrated nature of defence across the UK, to the extent that Scotland could not expect to inherit Scots regiments and military assets. Like other aspects of the paper the rationale is clear, yet again, as the idea that Scotland would somehow not be entitled to its fair share of defence assets is unrealistic at best.

As the report makes clear, there are substantial assets existing in Scotland and it would not be unreasonable that an independent Scottish Government would expect to inherit its fair share. Indeed, the suggestion that the UK forces are so integrated that Scottish assets could not be disentangled begs the question as to how it has been possible for the MoD to restructure the armed forces, resulting in major redundancies in the process.

The report provides no information on possible defence co-operation between the UK and Scotland should there be a Yes vote, despite being asked to consider this issue in a recent Defence Committee report.

The issues regarding recruitment and defence jobs are as equally problematic for the UK as they would necessarily be for a new Scottish state. Yes, Scotland would need to ensure that it is able to recruit and retain personnel, but the argument that it would not be able to provide opportunities to new recruits is overplayed. Involved in constant, major, military operations for more than 10 years, the MoD’s own performance reports demonstrate the difficulty it has retaining service personnel.

The consequence of such poor retention rates has resulted in further pressure on personnel, with more time spent on operation than military guidelines stipulate.

Exacerbated recently by changes to military pensions, there has been an erosion in the Military Covenant that the paper is so keen to highlight. The paper’s use of a 2007 Rand publication may not paint the most accurate picture of whether a career in the forces is as appealing. Indeed, if the Scottish Government can provide assurances on pay and conditions, the UK’s argument that Scotland will have a fatal recruitment shortfall could be proven wrong. In terms of defence jobs, Scotland might not enjoy the economies of scale as that of the UK, but the internationalisation of defence industries has become normal and it is probable that Scotland would be able to maintain jobs in that sector. Omitting to explain its recent defence cuts in Scotland, and how these have impacted on communities, like other areas of the report the UK Government glosses over a great many issues. Whether the long-awaited Scottish Government White Paper is able to better answer the defence question is yet to be seen.

This entry was posted in Defence and Security, Uncategorized. Bookmark the permalink.