Why Scotland Needs an Immigration Commission 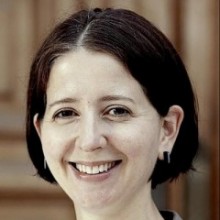 Christina Boswell discusses the Scottish Government’s proposals on immigration and urges the government to launch a Commission on Immigration to enhance dialogue on migration and integration should Scotland become independence or receive further powers.

The Scottish government recently committed itself to a more liberal approach to immigration, in the event of Scottish independence. For demographic and economic reasons, Scotland faces distinct needs in the areas of immigration. The government is also keen to adopt a more humane approach to asylum and family migration. But the big question remains: would a future independent Scottish government be able to persuade its electorate of the wisdom of a liberalised approach?

Recent surveys suggest that the Scottish public is marginally more tolerant of immigrants and ethnic minorities than the UK taken as a whole. But the difference is not significant. Moreover, Scotland currently has a foreign born population of just 7% – only half that of the 13.8% hosted by England. So it’s far from clear whether these differences would persist in the event of a marked increase in levels of immigration.

As I’ve argued recently, it’s also likely that political debate around Scottish independence would shift considerably in the event of independence. A Scottish government would be held to account for the outcomes of immigration policy, and open to challenge by opposition parties and the media. Judging by the way immigration issues are discussed in political debate and the popular media in the UK at the moment, can we really expect the Scottish debate to be more positive and progressive in its approach to immigration?

One way of trying to pre-empt such a negative turn in the debate would be to do what the German Social Democrat/Green coalition did in 2000, and launch a cross-party Commission on Immigration. The German Immigration Commission brought together the main political parties, as well as representatives of business, trade unions, religious and migrant groups and immigration experts. Its goal was to open up discussion on all aspects of immigration, and to try to build consensus around policy reform. The Commission conducted thorough analysis of Germany’s demographic and economic needs, as well as challenges related to the social impacts of immigration and immigrant integration. To be sure, not all of its recommendations were adopted by the government. The Commission’s proposal to introduce a Canadian-style points based system for recruiting migrants was ultimately rejected by the German parliament. But a number of other recommendations were taken on board over the following years, such as granting labour market access to foreign graduates, or lowering the salary threshold for skilled migrants.

Perhaps most importantly, the Commission changed the tenor of debate in Germany. It normalised the idea that Germany was, and would need to remain, a country of immigration. It replaced some of the more emotive and polemical debates around immigrant integration with more grounded and factually informed discussion.

In the event of independence – or a ‘devo-max’ settlement involving more autonomy on immigration – the Scottish Government would do well to consider launching such a commission. It would trigger a wider and better informed debate on the benefits and costs of immigration; and potentially build consensus between the main political parties on a future immigration policy. Only by building a common platform does the Scottish Government stand a chance of gaining political and media backing for a more liberal agenda. And without such backing, the odds are the debate will take the same negative course it has in the rest of the UK.

This post was originally published at Politics, Knowledge, and Migration.