After border control: the internalisation of immigration enforcement

Last Wednesday, the UK Government published its long-awaited Position Paper on Northern Ireland and Ireland, setting out how it hoped to maintain a border-free zone with Ireland once it has left the EU.

Section 2 of the paper deals with maintenance of the Common Travel Area – suggesting how the UK and Ireland might sustain free movement and rights of Irish and UK nationals post-Brexit. Many commentators have questioned how these provisions can be preserved, once the UK starts to impose restrictions on the free movement of EEA nationals. But the paper helpfully clarifies a few misconceptions that have caused much confusion over the past month. 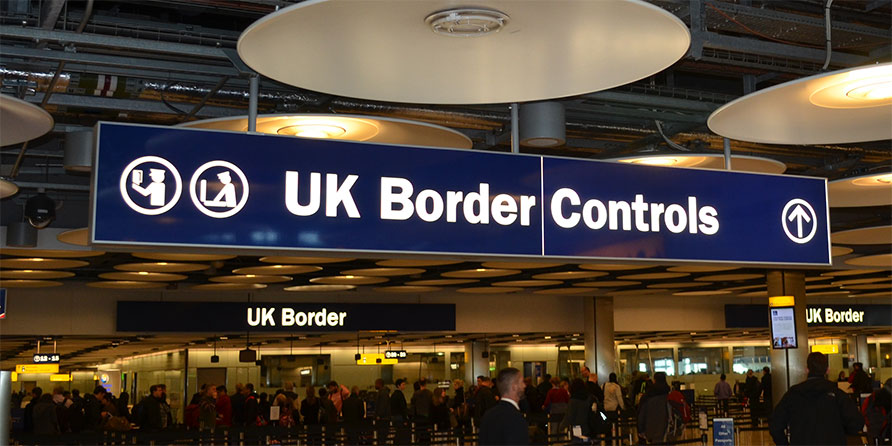 The key point is that any immigration restrictions on EEA nationals are likely to be enforced post-entry. In other words, immigration control won’t take place at the border, but once people are in the UK. Indeed, it is likely that EEA nationals will continue to be able to enter the UK (as visitors) after Brexit. What will change is not their ability to travel to the UK, but their right to reside and work in the country. Once the UK leaves the Single Market, it is assumed that EEA nationals will no longer enjoy an automatic entitlement to live and work in the UK. And these new restrictions will be enforced through checks and controls on access to employment, benefits and services.

The UK is rightly confident in its ability to enforce immigration rules through such internal checks. Over the past few decades the government has been rolling out its capacity to control non-nationals resident in the UK. Key to this approach is to enlist organizations in other sectors – whether employers, social services, higher education, health, private housing, or banks – to enforce restrictions on the access of irregular immigrants to key social and economic services.

Most notably, employers and higher education organizations have been given the role of ‘sponsors’ who are delegated the responsibility of monitoring employees and students from outside the EU. These policies are intended to create a ‘hostile environment’ for irregular migrants, making it impossible for them to carve out a viable life in the UK. This approach recognises that border control cannot effectively stop irregular migration, a large portion of which involves overstay of visas.

Of course, it is always possible that EEA nationals may successfully evade these controls. But they will have limited incentives to do so – given the risks and difficulties associated with trying to access employment, housing, banking or healthcare without authorisation. Indeed, the types of mobility most associated with irregular stay and work involve those employed in lower-skilled, lower-paid and less regulated sectors – such as informal work in domestic services or some areas of agriculture, construction, hospitality and catering, where employers may have less incentive to check documentation and employ workers on the books.

Recall, too, that those most likely to be drawn into such irregular work and stay are those with limited life prospects in their country of origin – those without attractive or viable alternatives. So irregular status in the UK is unlikely to be an appealing long-term prospect for nationals from relatively stable and prosperous EEA countries.

What may be more of a headache for the UK government is potential cross-border flows of non-EEA nationals, especially those with the features described above – escaping difficult conditions at home, and employed in lower-skilled and less regulated sectors. Here, there may be some potential for cross-border movements resulting in irregular stay and work. But here, as the paper points out, UK and Irish policy is broadly aligned. Neither country is part of the Schengen Zone – and they have developed close cooperation on visa and entry policies for third country nationals. The principal risk here is if Ireland were to join Schengen – a prospect that seems highly unlikely, given both Ireland and the EU’s support for sustaining the CTA.

First, it weakens one of the arguments marshalled against Scotland (or other parts of the UK) adopting a differentiated approach to immigration. One of the main arguments against such a devolved approach is that it risks onward movement from Scotland to the rest of the UK – Scotland would become a ‘back door’ for immigrants. But this position paper acknowledges that this is not a problem in relation to Ireland, even in the event of the UK leaving the Single Market – that much immigration control effectively takes place post-entry, and that it is possible to align visa policy for third-country nationals. So that knocks out one of the main arguments for refusing Scotland more autonomy over its immigration policy (see the recent paper I co-authored on this with Sarah Kyambi and Saskia Smellie).

Second, it implies that future UK immigration policy may rely more on such internal controls. The subtle message of the paper seems to be: trust us, we have further plans in this area. The area of internal immigration controls has evolved rapidly over the past years. But successive governments have also been frustrated at resistance from some sectors, who are reluctant to play a role in enforcement (teachers and doctors have been notably reticent about complying). Remember, too, the demise of Labour’s universal ID card plan – a scheme which may well be revived to deal with new migration control challenges. It wouldn’t be surprising if such proposals find their way back onto the agenda. In short, we are likely to see a further push for these forms of post-entry control.

As a final thought, if the UK is developing internal enforcement in this way, it begs the question as to whether such controls could address concerns about EEA immigration – those very concerns that prompted many to support Brexit. One of the reasons the UK has implemented free movement provisions in a less robust way than some of its continental neighbours is its lack of state capacity to monitor the whereabouts of non-nationals.

The UK lacks the type of registration system and ID cards that most EU countries have had for decades. The UK is also hampered in this by its welfare system. EU countries with contributory welfare systems are better equipped to exclude new (EU) immigrants from welfare benefits. In the event of the UK deciding it needs to accept free movement provisions to retain access to the Single Market, the UK government is likely to need to rethink these provisions.

So whether in or out of the Single Market, we should watch this space. The exigencies of immigration control are likely to have a profound effect on how the state monitors, and allocates resources to, its population.

NB. This post has been reposted with very minor modifications from: https://christinaboswell.wordpress.com/2017/08/20/after-border-control-how-internal-controls-are-becoming-the-most-potent-tool-in-immigration-enforcement/