A blogpost by Martyn Pickersgill, University of Edinburgh – @PickersgillM 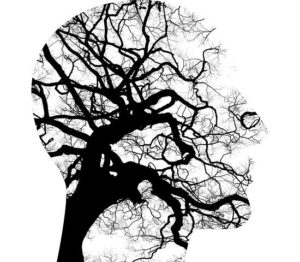 Research on the brain is increasingly drawn upon in policy-making and family services, with consequences for parenting advice and parenting practices. Especially in the early years of children’s lives, infant brains are said to grow rapidly, and this notion has informed policies around parenting and services for parents. Policy and services relating to older adults as well have come to link increasingly with neuroscientific notion and findings.

Many policymakers and practitioners, then, are engaged to varying extents with ideas and research about the brain. On the 7th December, our Associate Director Dr Martyn Pickersgill convened an event at the Royal Society of Edinburgh in order to consider these issues further. Three key questions shaped the agenda and discussion: (1) How is neuroscience being used in policy, (2) In what ways are scientists engaging with policymakers and service-users, and (3) What impacts do these interactions have on the place and role of other areas of research – in particular, the social sciences – in policy?

The event was supported by the British Academy, through Martyn’s Rising Star Engagement Award, and formed part of a suite of activities asking: ‘How Should Social Science Inform Policy?’ It brought together academics, civil servants, and a range of other experts to inform debate about neuroscience and public policy, and to develop new research and practice agendas. The event was open to anyone with any interest in the (neuro)science-policy interface, regardless of (any) affiliation. This ensured a lively and wide-ranging discussion that was not restricted to, for instance, sociological or governance framings of the issues.

The first part of the day focussed on ‘Early Years and Education’. Contributions came from Dr Tineke Broer (Usher Institute, University of Edinburgh), Dr Louise Scott (Head of Children and Families Analysis, Scottish Government) Professor Emeritus Jenny Ozga FBA (Department of Education, University of Oxford), and – after a delayed train, and a rather complicated journey around the Central Belt – Professor Michael Thomas (Centre for Educational Neuroscience, Birkbeck, University of London). We heard in detail about the importance neuroscience was regarded as having for policy relating to infants and adolescents – as well as important insights about the limitations of this research within shifting policy contexts that focus on extremely complicated and multifaceted matters.

The speakers for the second part of the day were Dr Alan Gow (School of Social Sciences, Heriot-Watt University), Ms Glenda Watt (Scottish Older People’s Assembly), Mr Keith Robson (Charity Director, Deputy Chief Executive, Age Scotland), and Dr Alexandra Hillman (School of Social Sciences, Cardiff). They focussed on brain-related research and policy in relation to ‘Later Life’. The presentations were a salient reminder of how wider societal attitudes towards older adults have changed in recent decades, as well as how far we still have to go in terms of dignity, respect, and inclusion. It was clear that policy relating to later life was being shaped by neuroscience to a lesser extent than that focused on the early years, but its presence was nevertheless being felt (e.g. around health and social care pathways following a dementia diagnosis).

The event concluded with an interactive session chaired by Dr Sarah Morton (Outcome Focus). Ultimately, the event underscored how research on the brain affects policies and services, but that neuroscience is applied to governance and practice matters in cautious and selective ways. Whilst neuroscience was widely seen as important, event participants also implicitly and explicitly articulated that research on the brain is but one source of information that can and should be used to think about shaping social policy for the public good.