The role of socialisation in education governance: the case of the OECD country reviews [1]

A blogpost by Dr. Sotiria Grek, University of Edinburgh 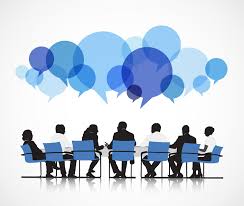 As already widely debated by academics and policy actors alike, the OECD has instigated a new era in education governance, primarily through its construction of a commensurable transnational education space. Given the vast policy implications for systems worldwide, the predominant idea is that it is OECD’s technical capacity to decontextualize and compare that became the primary force behind its success. Nevertheless, there are other aspects to OECD’s policy work that have been systematically ignored; for example, an examination of the OECD’s ‘Reviews of National Policies for Education’ shows that the latter are not simply a ‘side-show’, executed in parallel to the main PISA ‘protagonist’; rather, they have become indispensable tools in establishing the dominance of international statistical comparisons and in shaping the education policy debate.

The OECD has become a key knowledge producer, mediator and teacher not only because of PISA, but also through a great amount of local, national and face-to-face work. It is precisely OECD’s ability to work directly with member states that has allowed it to secure the brand of the unequivocal education policy player.

In order to pre-empt critique, I do not claim that numbers are not important, or that their spectacle through PISA’s naming and shaming is not an indispensable part of OECD’s success. Instead, it is suggested that the spectacle has a temporal dimension; it surprises and shocks. Thus, spectacles quickly come and go (think of the embargoed results for example, and the media attention PISA receives). Nonetheless, what follows the announcement of the results requires steadfast, diligent and zealous face-to-face policy work in order to carry the numbers deeper into the national imaginary and entrench them into the system. The OECD sustains and builds its policy work through the continuous crafting of its relationship with key education actors in other international organisations and within national contexts.

However, what do we know about these national education policy reviews? They proceed in several stages: initially there is preparation and completion of a background report by the country undergoing review, followed by a two-week mission by an external team of reviewers. For example, the Swedish OECD country review of 2015 was not the first one in the country; another one had preceded it in 2011. However, in light of the negative PISA 2012 results, as well as the general downward spiral of Swedish education performance, it quickly led the Ministry of Education and Research (MoER) to commission the OECD for yet another report of the country’s education system. For some of the actors involved in the Review, the commissioning of the review was not a surprise; they described the influence of the OECD in shaping the public and policy debate in Sweden as having started much earlier – in effect, as soon as the first negative PISA results were published.

Although they do not themselves use the term socialisation, all interviewees in their interpretation of the influence of PISA in Sweden, offered a similar story of staggered events that followed one another; of the involvement of an ever wider set of actors; of the importance of the OECD experts in offering suggestions; and of the central role of the establishment of the Swedish School Commission as a forum of meeting, debate and learning for all the actors involved. Indeed, the title of report of the Commission, ‘Samling för Skolan’ (Gustafsson et al. 2017), denotes precisely the notion of ‘congregation’ or ‘gathering’ – the meeting and consensus of different actors around the core of the commission’s study, which were the OECD numbers themselves. Numbers and data are central in the interviewees’ narratives, but so are the meetings, the debates, and the continuous coming together of actors in socialising and learning events.

Therefore, rather than simply offering what has been seen as fast policy solutions, the OECD painstakingly enters national sites and works with local actors to create conditions of belonging; that is, it creates conditions fruitful for socialization and policy translation. There could not have been a better example than the set-up of the Swedish School Commission with a remit to study the OECD report in detail and offer recommendations for reform. National actors are equally central in supporting and sustaining these processes. Indeed, some of the interviewees, even when critical of the OECD work, were ready to acknowledge that the OECD sparked a debate that would not have happened otherwise. However, it is important to also note that the debate was not as wide-ranging and diverse as it appears: the PISA data and the OECD review of 2015 have always been at the centre of all analysis. In fact, progressively since the mid-2000s the OECD became an undisputed expert organization and indeed, as couple of interviewees suggested, a ‘production force’. Close and sustained work with the Ministry, in combination with touching a nerve with the Swedish public (with quotes by Schleicher, such as ‘Swedish schools having lost their soul‘) were key ingredients of this success.

What is perhaps more interesting in policy analysis terms, is the progressive layering and imbrication of a number of OECD events and experts who have been coming back and forth to Sweden for the last decade. The meetings and exchanges go far beyond the limits of a small circle of elite policy makers and experts. The Swedish country review of 2015 sparked a debate that included not only policy makers, but also academics, teachers and the media. In the case of the OECD and Sweden then, ironically perhaps, ‘governing at a distance’ (Cooper 1998) appears to require a strange sense of proximity: arguably, these conditions of actors’ socialization and policy translation are necessary for the kind of paradigmatic policy shift we witness in Sweden today.

[1] For a full analysis and presentation of the findings and discussion, please read the published article at Grek, S. (2017) Socialisation, learning and the OECD’s Reviews of National Policies for Education: the case of Sweden, Critical Studies in Education, vol58, issue 3, 295-310

Sotiria Grek is Senior Lecturer in Social Policy, University of Edinburgh. She is currently Principal Investigator on the the ERC-funded METRO project, ‘International Organisations and the Rise of a Global Metrological Field’. Follow Sotiria @SotiriaGrek