How to engage effectively and ‘speak truth to power’

A blogpost by Prof Paul Cairney, University of Stirling 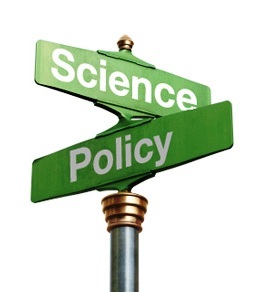 The story of ‘speaking truth to power’ comes up frequently in these science-policy debates. Many scientists describe their role in producing the best scientific evidence, seeking to maximise the role of scientific evidence in policy, and criticising policymakers vociferously if they don’t use evidence to inform their decisions.

Yet, as I and Dr Richard Kwiatkowski (Cranfield University) argue in ‘How to Communicate Effectively with Policymakers’, ‘without establishing legitimacy and building trust’ such strategies can be counter productive. A more effective strategy built on individual psychology:

involves showing simple respect and seeking ways to secure their trust, rather than feeling egotistically pleased about ‘speaking truth to power’ without discernible progress. Effective engagement requires preparation, diplomacy, and good judgement as much as good evidence.

We also identify the obstacles associated with organizational psychology to tell a cautionary tale about speaking truth to power without first establishing trust:

One solution is ‘task conflict’ rather than ‘relationship conflict’, to encourage information sharing without major repercussions. It requires the trust and ‘psychological safety’ that comes with ‘team development’ … If successful, one can ‘speak truth to power’ … or be confident that your presentation of evidence, which challenges the status quo, is received positively.  Under such circumstances, a ‘battle of ideas’ can genuinely take place and new thinking can be possible. If these circumstances are not present, speaking truth to power may be disastrous.

I have also explored this wider organisational and policy making context with Professor Chris Weible (UC Denver) in  ‘The New Policy Sciences’. They show that, although politics appears to move at a fast pace, it actually takes a lengthy investment of time to become influential enough to provide impactful evidence-based policy analysis:

focus on engagement for the long term to develop the resources necessary to maximize the impact of policy analysis and understand the context in which the information is used. Among the advantages of long-term engagement are learning the ‘rules of the game’ in organizations, forming networks built on trust and a track record of reliability, learning how to ‘soften’ policy solutions according to the beliefs of key policymakers and influencers, and spotting ‘windows of opportunity’ to bring together attention to a problem, a feasible solution, and the motive and opportunity of policymakers to select it …In short, the substance of your analysis only has meaning in relation to the context in which it is used. Further, generating trust in the messenger and knowing your audience may be more important to success than presenting the evidence.

From such analysis, the conclusion is that researchers, ‘should not see themselves as heroes to be respected instantly and simply for their knowledge. They will only effective in several venues – from the lab to public and political arenas – if they are humble enough to learn from others and respect the knowledge of other people. Speaking truth to power sounds catchy and exciting but it doesn’t capture the sense of pragmatism we need to make an impact’.

Paul Cairney is Professor of Politics and Public Policy at the University of Stirling. Paul’s latest book, The Politics of Evidence Based Policy Making, identifies a complex policymaking system in which it is impossible to identify a simple relationship between evidence and policy. Follow Paul @Cairneypaul or @undpublicpolicy