A blogpost by Marcos Gonzalez Hernando, Affiliated Researcher at the University of Cambridge, Senior Researcher at Think Tank for Action on Social Change (FEPS-TASC) 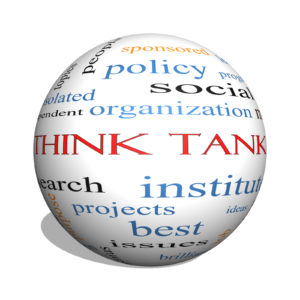 More than ten years after Lehman Brothers’ file for bankruptcy, the economic and political fallout of the global economic crisis can still be felt. Its effects have not only been political and economic, but also epistemic: economists were suddenly and resoundly believed to have failed in preventing or predicting what they had, for decades, been seen to have undisputed authority over. Nevertheless, those seeking to be considered experts on economic matters became ever more visible, as explanations for what went wrong were urgently demanded by policymakers and the wider public. Furthermore, around the same time, social media was expanding rapidly. Technology companies that are household names today were still novelties at the time; but the avenues for communication that they opened had already begun to upend the way that information circulates in the public debate.

In such a context, think tanks are particularly fascinating organisations to observe in account of their multifarious character and their function as conduits between ideas and interests. Few other institutions can so unproblematically employ talking heads, aspiring politicians, scholars, and lobbyists, all in the service of making their brand known and respected and pushing their ideas among policymakers and the public domain. Hence, by necessity, think tanks are both actors and indexes of broader transformations in the fields of politics, economics, academia, and the media (see Medvetz, 2012). The SKAPE seminar presents the findings of my research on these questions that will be published  later this year in a book in the Palgrave Series in Science, Knowledge, and Policy that compares the parallel transformations of four British think tanks from across the political spectrum between 2007 and 2013.

Most research on think tanks tends to concentrate on how to define them, on whether they are in any sense independent, and on the extent of their influence on public policy. Worthwhile as those questions are, a focus on how they react to changing circumstances can reveal much about the environment in which they operate, and of the aids and obstacles policy ideas face. By analysing policy reports, annual accounts, and media presence, and informed by interviews with current and former members of staff, this presentation seeks to trace how these organisations changed both intellectually and institutionally.

We find that the demands for expert knowledge that arose after the crisis energised the work of think tanks, opening new avenues for funding, and increasing the attention their work received. However, the crisis also exposed important internal tensions, unsettled their organisational model, and confronted think tanks with a more mistrustful atmosphere. Foreshadowing current debates on ‘post-truth’ politics, fewer and fewer among their audiences seemed to be willing to be convinced by evidence alone.

More broadly, one of the most important function of think tanks was to become ‘moderators’ between unstable spheres of society whose clout was in flux. For instance, some of them were seminal for making a minority position within the discredited field of academic economics hugely influential in the public arena – i.e. the theory of expansionary fiscal contraction, which justified austerity.

About Marcos: he is Affiliated Researcher at the University of Cambridge, Senior Researcher at Think Tank for Action on Social Change (FEPS-TASC), and Managing Editor at Distinktion: Journal of Social Theory. His research interests lie in the sociology of knowledge, particularly in what concerns the political role of experts and elites, the public understanding of economics, and intellectual and policy change.