Democratising expertise? Lay citizens in the role of experts

A blogpost by Eva Krick, ARENA Centre for European Studies, University of Oslo 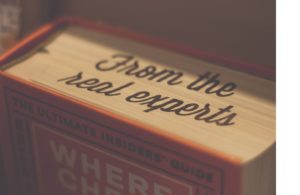 In the SKAPE seminar, I would like to discuss a first outline of a research proposal that I am developing. It focuses on the involvement of ‘lay’ or ‘citizen experts’ in knowledge and advice production through practices such as citizen science, service user involvement and certain forms of citizen panels.

I have been working on the relationship between expertise and democracy for a while and, more particularly, on institutional solutions to the tensions between epistemic and democratic demands in the phase of policy development. For instance, I have assessed different modes of selecting participants of advisory rounds (such as expert committees or mini-publics) in terms of their potential to strike a balance between these two normative requirements. In this research, I have often come across forms of expertise production that claim to be participatory and democratic, to represent ‘citizens’, ‘the people’ or ‘the public’. One manifestation of such participatory expertise production that seems to be on the rise at present are forms that emphasise the involvement of ‘ordinary’, lay citizens into processes of generating expertise. These practices radiate understandings of participation that are more direct, open, non-mediated, and possibly more authentic and democratic than representative forms of participation by organised political elites (e.g. party politicians and interest groups).

On top of the ‘democratising’ promise that the framing of many of these endeavours bespeaks, some forms of participatory expertise creation also attribute expert status to the ‘lay citizens’ involved so that the roles of citizen and expert converge (and possibly blur). Participants’ input is then not only valued on the grounds of having a right to be heard, or being affected by the problem, but also on the grounds of their somehow specific knowledge, competence and insight. The idea is to use ‘local’ expertise and the resources of non-professionals, to open up input channels and to bring down barriers of institutionalised knowledge production. These practices thus hold a double normative promise: by involving citizens as experts, new sources of knowledge and new sources of participation can be tapped into simultaneously. Public policies that build on such input promise to be both ‘democratised’ as well as fact-based, substantiated and expert-approved and, therefore, to reconcile two potentially conflicting sources of political authority, i.e. the epistemic validity and democratic legitimacy of claims.

The EU’s White paper on citizen science, for instance, promotes collaborative research networks that involve non-scientists into data collection, question development and co-creation of scientific culture, “leading in turn to a more democratic research based on evidence and informed decision-making” (So-cientise 2014, 10).

Along similar lines, participants of citizen juries in Scottish health policy are expected to draw conclusions that are ‘representative of the wider public’ and to bring with them “the good sense and wisdom born of their own knowledge and experience” (Scottish Health Council 2014, 1).

This double normative promise can be a huge asset in times of dwindling levels of trust in both political and knowledge elites. Against the background of a declining commitment to traditional channels of participation (e.g. elections, political parties and interest groups) and disappointments with the closedness, biases, elitism and rigidity of science, these institutions can, in the ideal case, contribute to counter the failings of representative democracy as well as of the science system.

Yet, several problems may arise from these high hopes and the high normative standards associated with them: first, as we know from empirical studies, not every form of engagement is particularly democratic. Democratic theory has frequently underlined that political participation cannot be taken as a democratic good in itself but needs to be seen in context and to respond to certain standards of democratic worth, such as openness, inclusion or empowerment (Fung 2003; Warren 2002) – and this also goes for participatory expertise production. Second, democracy is a complex, contested and multi-dimensional concept. There are many, partly rivalling understandings of democracy and, accordingly, a plurality of (partly conflicting) standards of democratic legitimacy. Democratic dilemmas abound. There are tensions between core values of democracies, such as between system effectiveness and citizen participation (Dahl 1994) or between freedom and representation (Barber 1984). Third, although epistemic and democratic demands to policy-making are by no means irreconcilable, further tensions can occur between the specialisation logic of expertise and the equality imperative of democracy that essentially constitutes the ‘epistemic-democratic divide’ (Krick 2019; see also Moore 2017). The key epistemic standard of competence that qualifies an expert, for instance, in some respect runs counter to the democratic principle of equal access to power. The epistemic standard of expert independence, as another example, conflicts with accountability requirements. Instances of citizen expertise production need to deal with these challenges to develop their full potential.

Against the background of the frequently enthusiastic rhetoric around participatory expertise production and the challenges of achieving and reconciling the ambitious goals in reality, I would like to take a critical look at these practices and ask: does the involvement of ‘local’, ‘ordinary’ people as experts into policy-making help to democratise expertise?

Crucial questions from a democratic theory standpoint seem to be:

Key questions from an epistemic perspective would be:

In my talk, I would like to discuss ways of addressing these questions in terms of research design, data analysis and case selection. I am particularly interested in the conjunction of the expert role and the citizen role and the nexus of knowledge and democracy in policy-making processes. I would like to take a holistic and integrated perspective to shed light on – organisationally and ideologically quite different – phenomena that claim to produce expertise in participatory, democratic ways, and particularly those that claim to involve ‘citizens’. In my view, such an analysis promises insights into contemporary understandings, and possibly culturally specific shadings, of democratic legitimacy and the validity and reliability of expertise in politics.

Fung, A. (2003): Survey article: Recipes for public spheres: Eight institutional design choices and their consequences, The Journal of Political Philosophy 11(3), 338–367.