A blogpost by Sudeepa Abeysinghe, Lecturer in Global Health Policy at the University of Edinburgh 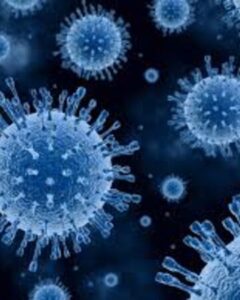 The global management of emerging and reemerging infectious diseases present a complex governance issue. The most recent Public Health Emergency of International Concern (PHEIC), the incidence of cases of microcephaly associated with the Zika virus, demonstrates the high level of scientific uncertainty associated with infectious disease risks. When the World Health Organization (WHO) declared the PHEIC in February, the issue was surrounded by a high degree of uncertainty: for example, around the mode of transmission (and the possibility of sexual transmission), the association between microcephaly and Zika infection, and the likelihood of a Zika-infected pregnant woman carrying a child with microcephaly.

Such uncertainties are integral to the experience of infectious disease. The riskiest threats are those which are transmissible, novel and/or under-evidenced; diseases which may also have the highest potential to spread globally amongst an immunologically naïve population.

The 2009/10 H1N1 Pandemic, the WHO’s first PHEIC declaration under the revised International Health Regulations, provides a useful lens through which to investigate the relationship between uncertainty and policymaking around contemporary risks. Here, the novel infectious agent of the influenza H1N1/A virus spread swiftly across the globe, but the perceived lack of severity of the disease lead to widespread criticism of the WHO’s management.

In understanding the WHO’s position in calling a PHEIC and declaring a Pandemic, the issue of scientific uncertainty is key. As illustrated by co-productionist conceptions of risk, knowledge around a new risk is always in itself uncertain (due to the number of variables and contingencies involved), and often highly politicised. Risky phenomenon such as H1N1 are novel, complex, variable and by definition ill-understood.  Although it is assumed that infectious diseases are stable and knowable phenomena, initial investigation cannot produce solid and complete evidence. What is achieved instead are probabilistic models, which are essentially untestable and tentative.

The initial knowledge surrounding the newly spreading disease is limited (based upon partial and preliminary epidemiological evidence) and abstract (based on modelling and necessarily incomplete data). However, once a risk has entered the social and political consciousness it necessitates action. The institution in charge of responding to the risk needs to be seen to act swiftly. Simultaneously, interpretations of the empirical data are unstable because of the multiple contingent variables, and complex network of actors, involved.

Risk managing institutions – the WHO in this case – must be seen to act despite (or even because of) the uncertainty surrounding the disease. In the case of H1N1, as events unfolded, it became clear that the disease was relatively mild. The WHO was criticized for the apparent mismatch between the global response and the severity of the pandemic. Yet this lack of severity could not be forecast during the early, uncertain, emergence of disease threat.

In dealing with the threat of infectious disease, policies attempt to produce preparedness for often unpredictable events. The diversity of diseases declared a PHEIC – H1N1, the resurgence of poliovirus, Ebola, and microcephaly associated with the Zika virus – are a demonstration of the variation in potential global threats and the flexibility needed by policy frameworks. Acting at the early and most unstable emergence of a threat, risk-managing institutions are placed in a precarious position of negotiating action around potentially severe events bound by uncertain knowledge.

Sudeepa Abeysinghe is Lecturer in Global Health Policy at the University of Edinburgh.