What does ‘evidence’ mean to MPs and officials in the UK House of Commons?

A blog by Marc Geddes, based on a recent open-access article published in Public Administration. 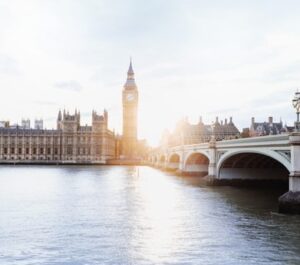 Select committees are the principal mechanism of accountability in the House of Commons and act as information-gathering tools for Parliament. They are generally regarded as influential in the UK policy-making process (even if this is often informal), who enjoy widespread media coverage, and who have a generally positive reputation. Despite their importance, we know comparatively little about how they approach and use evidence to support their work (with some notable exceptions). In this blog, I want to explore precisely this topic.

Select committees are made up of small groups of MPs, elected as members by their colleagues. In order to hold governments to account, select committees rely on extensive evidence-gathering, including an open call for written evidence and oral evidence through invite-only committee hearings. Evidence is analysed and published in a report, which will include recommendations for change. What does ‘evidence’ mean in this context?

The formal meanings of ‘evidence’ are set out in Erskine May, the authoritative reference book on parliamentary procedure for the UK Parliament. It is expected that evidence is ‘truthful’ (para 38.31), which may otherwise be ‘treated as a contempt of the House and investigated and punished’ (para 38.55). Interestingly, evidence prepared for a committee becomes its ‘property’ (para 38.32) in order to be protected by parliamentary privilege (preventing evidence from being called into question by the courts).

Erskine May is an important starting point because it highlights a relationship with law that has percolated into MPs’ views of evidence. For example, one MP told me that ‘I think we act like a jury’ and another that the evidence-gathering process is similar to court proceedings.  However, and at the same time, the legalistic use of evidence means that what counts as evidence is extremely flexible. One official remarked that ‘when we say evidence, what we mean is testimony … someone’s told us something [and] we would call that evidence’.

The role of evidence in committee work is further akin to court proceedings in that the ‘for’ and ‘against’ notion is emphasised. Multiple research participants explained the importance of ‘balance’ in committee hearings, which contrasts with an ideal for the ostensible quality or truthfulness of evidence. This suggests that different claims to knowledge must be placed within the wider political context and especially the representative lens in which MPs represent diverse political opinions.

So far, this suggests that the evidence-gathering process is mediated by beliefs around its legal status, and through a need to be politically diverse. However, once written and oral evidence has been gathered, its function shifts from being openly scrutinised to being pulled together to write an authoritative report. Evidence is used to increase the legitimacy of the report’s claims and based exclusively on the evidence that they have gathered. Some have raised questions about the diversity of that evidence following findings that revealed the disproportionate number of men from southern England in committee hearings.

This discussion highlights the role of evidence in committees. But we also need to consider the practical issues that affect evidence use, and which might explain (though not justify) the types of evidence that are more prevalent along the committee corridor. First, committees work to tight timeframes and often in response to wider political issues, leading one official to conclude that committees are ‘essential reactive’. This means that organisations do not have enough time to prepare a report, and witnesses may be unable to attend hearings (especially if they are travelling from further afield). Second, officials rely on their professional networks to gather evidence. While evidence can come from many quarters, clerks need to get ‘stuck into the wider policy community’, and arguably often sustain them through word-of-mouth with different groups (such as academics recommending colleagues, etc.) as well as engagement through structured activities (such as academic engagement programmes). Third, evidence-gathering is affected by the nature of hearings themselves. Seen as the most important part of committee inquiries, hearings are often perceived as a ‘theatrical performance’, which means that witnesses need to present themselves and their evidence in certain ways that is accessible to political elites. So while we may think that, in theory, evidence-gathering is based on the best available evidence coming to Parliament to hold government to account, the process is, in practice, mediated by a number of factors.

Why does all this matter? Select committees are often praised for being ‘led’ by evidence. Yet the legalistic framework for evidence and the political nature in which it is placed means that the relationship between committee scrutiny and evidence is far more complex. This does not mean that evidence is not unimportant. Indeed, it is crucial in the construction of authoritative reports that have significant impact on decision-making. However, we need to think carefully about how the beliefs and practices around evidence use affect those reports. This raises questions about the specific uses of evidence, but also who is included and excluded from parliamentary processes, to ensure that the House of Commons relies on, and makes appropriate use of, the best available evidence.

Parliaments are the principal democratic arenas of most representative democracies, who juxtapose political ideas and different types of knowledge on a daily basis. This means that they are crucial arenas to understand the relationship between science, knowledge and politics. Historically, this has been understudied. And yet, given the widespread debates as a result of Coronavirus/Covid-19, studying the relationship between knowledge and politics in parliaments matters more than ever.

Dr Marc Geddes is Senior Lecturer in Politics at the School of Social and Political Science, University of Edinburgh, and Co-Director of the Centre for Science, Knowledge and Policy (SKAPE). He has recently published a book about select committees in the UK House of Commons.