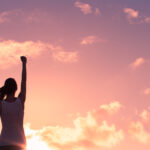 There’s been a revolutionary turn in energy policy and research circles. Organisations such as the Energy Systems Catapult, the Energy Institute, and consultancy firms such as PwC have all suggested that the UK energy system is facing a sweeping energy revolution. As part of its wider industrial strategy, the UK Government now channels much of its energy innovation spending under a ‘Prospering from the Energy Revolution’ programme, including an academic-led Energy Revolution Research Consortium.

While there’s an exciting and important role for research working at the cutting edge of change, it might also be worth questioning the inevitability of a wholesale energy revolution. For many, the defining issue in energy policy, and policy-driven research, is how to rapidly decarbonise while providing secure and affordable energy for all, and reaping maximum social and economic benefit along the way. Whether change is best achieved by revolution or reform is an open question, to be decided on an issue-by-issue basis using the evidence at hand.

Studies of the history of technology suggest that revolutionary change is a common way of thinking about the future. The Danish Science and Technology Studies scholar Kasper Schiølin recently referred to ‘future essentialisms’ that sanction certain modes of change while discouraging others. That sanctioning effect is why some researchers and advisors might be wary of signing-up to a sweeping energy revolution prospectus. Upfront overarching commitments – to either revolution or reform – may cloud independent judgement on the best way forwards.

Is a revolutionary vision common?

To find out whether a revolutionary vision of the UK’s energy future is widely shared among experts, we carried out a large online survey of UK energy academics and stakeholders. We discussed some of our findings in an earlier UKERC post and research briefing. In a newly published paper in Energy Policy(part of an upcoming Special Issue from UKERC researchers) we look more closely at expert responses to the energy revolution proposition.

The results suggest that most academics and stakeholders aren’t committed energy revolutionaries. We found widespread recognition of the growing importance of digitalisation and decentralisation in the energy sector, seen in the rise of ‘smart and local’ energy systems. At the same time, many existing technologies and organisations – adapted to the transition challenge – are also expected to play important roles. Large scale technologies and networks are seen as key contributors to the transition, as are some rather mundane innovations, such as improved buildings fabric.

System change, a mix of disruption and repurposing

Under one-fifth of our survey respondents showed a strong commitment to a wholesale energy revolution. Most saw energy system change as involving a mix of disruption and repurposing, and many highlighted complementarities between established and emerging solutions, such as the way large scale infrastructure can offer resilience for local systems. Interestingly, these views were held by the majority of both academic and non-academic respondents, and across the many different disciplinary groups we surveyed.

In addition to the expression of thanks in the Acknowledgements section of the article, the authors wish to thank two anonymous referees for their detailed comments and suggestions on an earlier version.

This blog was originally published on the UK Energy Research Centre blog and can be found here.