Since the middle of October 2018, over 7,000 Central Americans have been making their way by foot and overcrowded cars to reach the United States border. They have travelled together in the so-called “migrants’” caravan from the so-called Northern Triangle (Honduras, Guatemala, and El Salvador). We use the word “migrant” once and very reluctantly. Words matter and the semantics of the caravan hide and allow for discriminatory anti-migrant discourses (e.g. juxtaposing the need for prevention of economic migration and the right to protection of ‘legitimate’ asylum seekers). The mass-displacement of people has renewed attention to the needs that push Central Americans on a dangerous journey to seek a safer and dignified life. In this blog, we would like to reflect on some of the health challenges that they have faced, are facing, and may face in their journey. 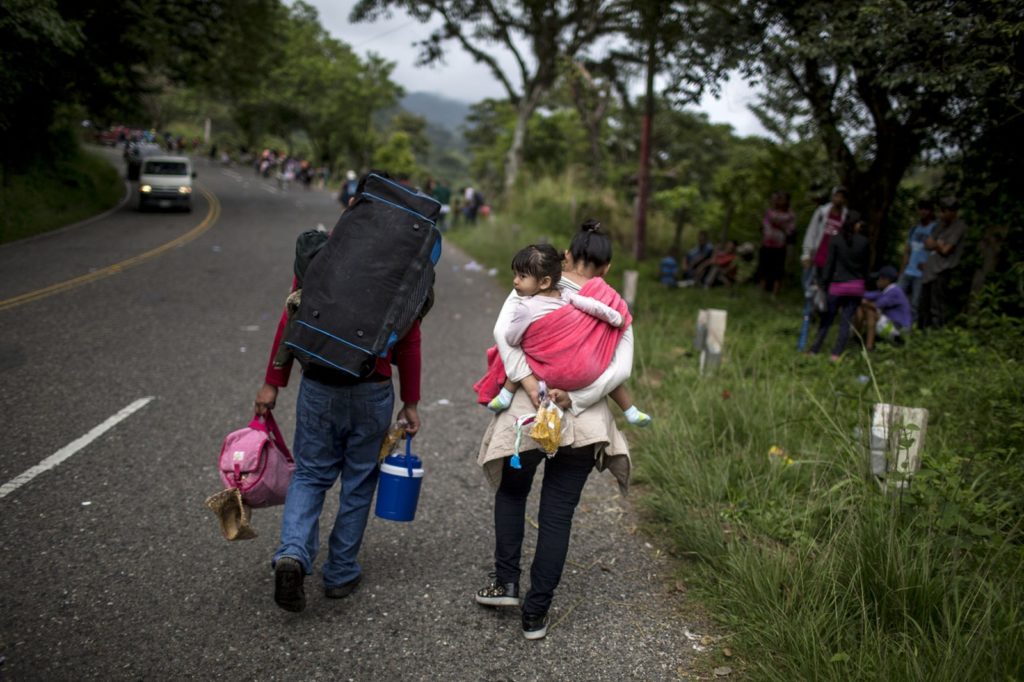 Central America is a beautiful and diverse region between Mexico and Colombia. Though small in size, it is densely populated and hosts rich ethnolinguistic diversity. The region, with a long history of internal conflict, authoritarianism and exclusionary politics, was ‘pacified’ between the late 80’s and 90’s with the demobilisation of guerrilla fighters and a process of democratisation of its military regimes. However, violence remains rampant which is only one of the many health challenges that are driving displacement and affecting those who have stayed.

Most Central Americans in the caravan come from El Salvador, Honduras and Guatemala where homicide rates have been at ‘epidemic’ levels for decades. These countries rank as the 2nd, 4th, and 17th most violent in the world. The rate of violent deaths in the three countries stands at 99.7 (El Salvador), 67.7 (Honduras) and 32.7 (Guatemala) per 100,000. In this blog, we focus on examples in Guatemala, mainly because it is a country close to our hearts, but needless to say, circumstances have become unbearable across the region.

Health (and other) challenges at home

In Guatemala, malnutrition and violence are the two most important risk factor for premature deaths. Malnutrition is rife, 50% of children <5 years are stunted, yet 28% of school-age children are overweight and obesity among adults is on the increase with a third of the population expected to be obese by 2025. Preventable lower respiratory infections are the leading cause of deaths. However, non-communicable diseases, such as cardiovascular diseases, cancers, and diabetes, are also common, accounting for approximately 59% of all deaths, which are closely associated with inadequate living conditions and access to healthy lifestyles.

The concerning gap between rural and urban populations has a significant impact on health. Most concerning is the fact that the likelihood of favourable health outcomes or access to healthcare are defined by ethnicity. The indigenous population faces disproportionate rates of poverty, is directly affected by the destruction of the environment through development projects (e.g. hydroelectric or mining), poor access to public services, and the added challenge of language barriers.

The state has historically failed to provide basic services to face such challenges. Guatemala still has the lowest fiscal revenue (as % of GDP) in Latin America, and is the third lowest in social spending (as % of GDP). As a result, health services are chronically under-resourced, pushing medical doctors to go on strike for months due to low or lack of payment, most recently since August 2018.

Health challenges during the journey

This is not the first mass attempt to leave Central America, nor are the thousands of refugees in a unique situation. Most often, people risk their few possessions, their physical integrity and their life to make the perilous journey North. Taking the journey in small groups via the services of coyotes (smugglers) helps travel undetected. However, it makes refugees more vulnerable to violence or sexual abuse, being tricked by coyotes and held against their will as modern slaves.

Travelling in a large group has allowed perhaps to reduce the vulnerability of refugees, who have not had to put themselves at the mercy of coyotes. The size of the group has stirred emotive acts of solidarity, such as the mobilisation of Mexican human rights organisations to negotiate safe passage through police blocks along the route. Yet, the health of many has deteriorated during the rough conditions during the journey: severe dehydration, sunburns, blisters are affecting people of all ages. Children are suffering from heat exhaustion and acute respiratory infections and two adults have reported to have died after falling from overcrowded vehicles. These conditions proved to be too much for the thousands who decided to return to their country of origin.

Health challenges at the destination

At the end of November, at the border, US-bound refugees were faced with tear gas. Much of the coverage of the ‘caravan’ has focused on the US reaction. The US President has securitised the issue and stoked fears of insecure borders, mass uncontrolled migration and waves of dangerous criminals arriving.

Unsurprisingly, evidence contradicts the image the US President is trying to paint. While the number of asylum seekers (what we could reluctantly call ‘legal’ migration) is up, ‘irregular’ migration (measured in the number apprehensions at the US-Mexico border) is at a historic low. In addition, the current US president has called for an end to foreign aid to the Northern Triangle countries, since he claims they generate rather than meet humanitarian needs. This posturing, again, gives a misleading impression of misspent, ineffective aid. In fact, Guatemala and El Salvador are considered the two top ‘forgotten’ humanitarian crises given the scale of need, coping capacity, media attention to the crisis and public aid per capita.

The extent to which Central Americans who make it to the US enjoy a better health there will depend on their financial means and legal status. Latinos in the US are at great risk of negative health outcomes and are generally less likely to have health insurance, though this varies by state of destination. Mental health problems, associated with challenges during the journey and abuse prior to departure and stresses associated with establishing a new life in the US are likely to have a large and detrimental impact on their well-being.

A humanitarian response to the current Central American displacement crisis has now been mounted. Yet, effective and sustainable interventions in the region are long overdue. The caravan is a group of forcibly displaced populations enduring challenging situations that pose risks to their health, livelihoods and mere survival. In the short term, protection measures can and should be offered to those fleeing misery. For those who continue to displace, provision of humanitarian response in transportation, shelter, WASH, and nutrition are essential. Legal protection aid and security warranties should also be provided so that those seeking asylum can do so as provided by international law (which, so far, binds the US government at least on paper). In the long term, an urgently needed recognition that health systems improvement requires investment – we hope – can be translated into equally urgently needed action by Central American governments and peoples.

Evelyn Balsells is a PhD candidate at the University of Edinburgh. Her research focuses on the burden of infectious diseases globally and she is interested in issues affecting vulnerable populations and humanitarian settings. Daniel Herrera Kelly is a PhD candidate at the School of International Relations in the University of St Andrews. His research is on collective violence in Central America. All the views shared in this post are held personally by the authors and do not represent the views of the institutions they are affiliated with.