Why it is critical to genotype the causative agents of tuberculosis

Sun Tzu, a Chinese military philosopher in the 6th century BC, said “ if you know your enemy and yourself, you will not be imperiled in hundred battles”.

If not taken in literal terms, it would suggest that learning more about the humanity and livestock’s arch enemy Tuberculosis (TB), with whom we have been battling for millennia, can only arm us all the better for the fight.  As part of this battle, The University of Edinburgh has long been contributing to the research and development arm of the World Health Organisation’s “Stop TB Global Strategy”.

The WHO has achieved the 2015 Millennium Goal of halting and reversing the incidence of the disease.  Despite this great acheivement, in 2013 alone the WHO registered 9 million cases of TB, half a million of which succumbed to the disease.  Horrifyingly this latter number loosely translates to four super jumbo jets crashing every day for the entire year.  Going forward to 2035, the WHO has set yet more ambitious goals to end the global TB epidemic with corresponding targets of 95% and 90% reduction in TB deaths and incidence respectively.

In order to achieve this mighty aim, now more than ever, it is critical for the definitive diagnostics to not only reveal the mycobacterial species but also the genotype.  The majority of cases of human TB are caused by Mycobacterium tuberculosis, however a small, but significant geographically-limited, proportion is due to Mycobacterium bovis the causative agent of bovine tuberculosis. The latter is what is commonly referred to as zoonotic tuberculosis. The current statistics shows that when considered as a proportion of the global TB burden, zoonotic tuberculosis accounts for a small proportion however, if reported in absolute terms it translates to between 95,000 and 150,000 cases of which 15% succumb to this disease form globally. It is noteworthy that 9 out of the 22 high-burden TB countries are responsible for ~70% of the global zoonotic TB cases.

Vaccination as a defence against infection

In general, vaccination is an effective method of controlling infectious diseases.  The BCG vaccine, developed agianstM. bovis, is the most widely administered TB vaccine in the world.  However its varied efficacy globally has always been a challenge to the TB control strategy.  If the endemic population of infective bacteria is different from that contained in the vaccine, this can lead to vaccine failure.  Vaccines that target a narrow range of phenotypes may not offer sufficient prevention against infections in settings where multiple different strains of the infective agent may be present.

This is particularly relevant to areas where several different strains of M. bovis are prevalent, and where the TB burden is correspondingly high. It is also reasonable to argue that some of the TB treatment failures in these areas are likely due to species and genotypes un-accounted for in the treatment protocols.  Thus it is critical to document the diversity of M. bovis, and use this data to increase the phenotypic range in novel vaccines, thereby improving patient immunity.

Sequencing the genomes of the bacteria that cause TB

The currently documented genotypes of M. bovis in high-burden settings lack “granularity” because they are based on PCR methods that target less than 0.005% of the genome.  It is therefore likely that niche and host-specific polymorphisms that are critical for population-based vaccine implementation, are left unused in determining these genotypes.

This disparity in genotype diversity and breadth of target phenotype is likely part of the reasons why the efficacy of BCG vaccination is lowest in Africa.  A solution to this comes in the form of whole genome SNPs based genotyping, which offers high definition genotyping power capable of revealing subtle niche and host specific diversity.

Researchers from the University of Edinburgh are now part of a large international collaboration that will sequence and genotype 254 isolates of Mycobacterium bovis from eight African high burden countries.

The new data the team generates will be made freely available for researchers and industry involved in TB vaccine, diagnostics and therapeutics development.  By piecing together more and more information about the strains of Mycobacteria causing TB in different areas, researchers will generate the ammunition needed to finally defeat TB. 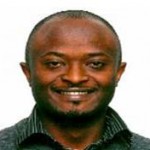