This blog post is based on a talk at the SKAPE lunchtime seminar on July 5th 2017. 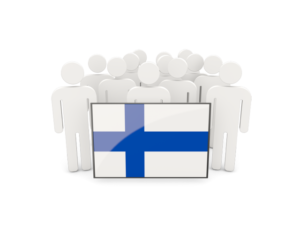 In early 2010’s, I was employed in a Finnish Civil Society Organisation working within the social welfare sector. I was in charge of a project whose objective was to ‘bring the organisation back to its roots’ – to remind a deeply professionalized organisation about the value of volunteers and members, and more profoundly, introduce ‘a participatory approach’ in the organisation’s core activities. As a means to engage the organisations’ beneficiaries – and perhaps more importantly, to influence our colleagues’ way of working – we introduced the notion of ‘experts-by-experience’ into the organisation’s vocabulary.

For four years onwards, I was deep into developing expertise-by-experience in this organisation. I met truly amazing survivors, whose point of view definitely deserved to be included and heard. However, at the same time, I grew increasingly concerned. The idea of expertise-by-experience was introduced by us, the organisation’s practitioners. It stemmed both from our commitment to the inclusive values of civil society, but also from what we thought our funder was expecting of us. As one of my later interviewees put it, she ‘didn’t want to become an expert-by-experience, she was rather made into one’. This was decidedly not a bottom-up initiative. It was not about the people ‘fighting to get their voices heard’. Instead, it was about us wanting to show that we listen.

In addition, quite a few of my colleagues expressed a strong urge to contain and limit either the issues the experts-by-experience would be allowed to discuss, or the scope of who should be allowed to act as an expert-by-experience. When I discussed the idea with one colleague, she acclaimed in slight horror: ‘But [if we were to listen to everyone] then there’s no telling what kind of ideas they might have!’ Participation and inclusion appeared scary, and the response was to set up standards, guidelines, rules and recommendations that made the ‘wild and uncontrollable’ participation manageable.

Finally, it was the notion of expertise that baffled me. Why do we need to call these people experts to be able to listen to them? As it later turned out, I was definitely not the only one perplexed by the concept. As I then began finding out, the aspect of ‘making experts’ was a very crucial tool in the initiatives as they constructed their participants as subjects.

In large part as a result of this bafflement, I have since studied expertise-by-experience in the Finnish social welfare sector as a PhD research project. I have interviewed both experts-by-experience, practitioners and policymakers, and analysed policy documents that provided the impetus for developing expertise-by-experience within the Finnish social welfare. I have focused most of all on the governmental aspect of ‘making experts’: What characterizes the subjectivities created through crafting ‘experts-by-experience’? What kind of participation and ‘way of being’ is encouraged and made feasible? Through which practices the participants are constructed as experts? And finally, how do the participants respond to and engage with their subjectivization? This blog post summarizes some of my key findings. But first, a brief note on context and background.

The peculiarities of Finnish experts-by-experience

In the Finnish context, the term expert-by-experience is used to refer to people with prior social problems, who have been invited to act as ‘experts’ in CSO’s and public sector organisations. The term was introduced in the Finnish context by mental health organisations, following the introduction of a strong participatory emphasis on the Finnish social policy outlines (see, e.g. National Development Programme for Social Welfare and Health Care (Kaste) http://stm.fi/en/kaste-progamme). Now, it is a hugely popular concept, and an approach that is largely developed in projects – both in the public and the third sector.

Despite its popularity, the term remains ambiguous and is used to signify a variety of people and activities. Most commonly, the experts-by-experience act as

As the savvy reader might have guessed, the plethora of activities and reasons given to expertise-by-experience have resulted in quite a few controversies regarding who should be allowed to act as an expert-by-experience, and what purposes their expertise are supposed to serve. Were the experts-by-experience to serve as experts of their lives, social welfare services, rehabilitation, the effects of a particular policy or was their role as an intermediary translator between the beneficiaries, social welfare practitioners and policy-makers? What was the nature of the knowledge they were supposed to contribute? Was it personal or representative? Should the experts-by-experience be interviewed and trained, or act purely based on ‘their raw experiences’? And finally, who gets to define knowledge and expertise in this context, when the expertise concerns the people themselves?

1: In order to be accepted as an expert of services or a policy, the experts-by-experience need to first become ‘an expert of themselves’

In an article in Critical Policy Studies, I explored the process of ‘becoming an expert on oneself’. I discovered that the projects entail several practices of ’working on oneself’ that are geared towards creating a specific relationship between oneself and one’s experiences. I suggested that in order to be accepted as an expert-by-experience, one needs to be able to turn oneself into something one ‘knows’ rather than ‘is’ — and to draw the definitions of knowledge from the dominant system of thought.

In many of the projects I investigated, knowledge and expertise were defined as being ‘distanced’, neutral and objective. As the ability to ‘assume a more general outlook’ and ‘not to have any emotional outbursts’. This was done, primarily, by labelling the ability to express one’s experiences neutrally and constructively as ’a sign of empowerment and rehabilitation’. The following interview transcript illustrates:

TM: What does it mean that the past has been dealt with? E17: [sighs] Well, I think that dealing with your past means that you are able to talk about it without big emotional reactions, I mean that you don’t burst into tears or feel very angry or bitter, but you are able to talk about your experiences in a calm and neutral manner. I mean that your emotions are no longer uncontrollable. And that you have constructed your story into a whole where you already understand the connections between the facts.

These pre-requirements of neutrality and objectivity were, above all, measures to contain and control the experts’-by-experience participation. By equating ‘knowing oneself’ with the ability to talk in a neutral and objective manner, the projects’ practitioners retained control over deciding who, and what kinds of input would be accepted and recognised. Furthermore, they preserved the ability to legitimately exclude unwanted and awkward inputs, and to steer the participants towards a way of being that was convenient for them.

3: Framing participation as co-production makes knowledge, instead of an opinion, a legitimate content of political participation

Framing participation as ‘co-production’ made the rather strict and technocratic definitions of knowledge feasible within the projects’ context. If the experts’-by-experience participation is justified because of the contributions it produces – instead of, for example, their right to be heard –definitions of ’valuable knowledge’ become perfectly logical tools to be used to delineate ’valuable participants’, as the following two practitioners illustrate:

P8: Experts-by-experience don’t act in a therapeutic environment and the listeners don’t need to receive any emotional outbursts but the facts as they are. P9:  Yeah, for example when talking about service development, if you have very bitter experiences, it’s very good if you have been able to form them into constructive criticism. Then you don’t cause any resistance in the professional’s part.

4: Instead of contesting ‘experience-based action’, the participants’ critique attempts to redefine expertise

The participants experience the disconnect between the projects’ promise of inviting their ‘raw’ experiences, and the need to transform them into neutral knowledge’ as attempts to narrow and limit their possibilities for action. As one workshop participant put it, this can lead to a situation, where the experts-by-experience fulfil the role of ‘trained monkeys’ – they are physically present to show that ‘the participatory duty’ was met, but no contribution is welcome from their part, as the following group discussant explains

G4: I quit the customer board myself. I felt that the possibilities of truly having an impact were pretty non-existent. I mean, they say that you can disagree with the professionals, but you have to remain within a certain frame. So, in effect, you can slightly disagree, but if you disagree a lot, it is a wrong opinion to have.

The experts-by-experience are however not, by any means, mere sitting ducks. They, along with some practitioners, engaged strongly in questioning the demands of neutral and collaborative way of being expected from them. Intriguingly, they did not discard the notion of expertise in so doing, but instead took up the initiatives’ promise of treating them as ‘truth-tellers’. In various ways, the participants attempted to reclaim the right to define the meaning of expertise and knowledge in the projects’ context. For them, expertise-by-experience was the gateway to a political debate on knowledge and expertise in a social welfare context – something that the policymakers seem to have been largely unequipped and unwilling to engage in.