The Holy Grails of good governance: Why we need naïve policymaking ideals in cynical times

A blogpost by John Boswell, University of Southampton 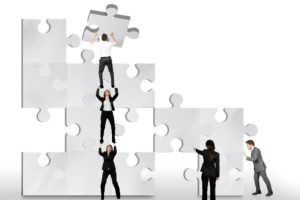 Among other atrocities, the last year or so has seen leading Brexiteers weasel out of their side-of-the-bus commitment to redirect £350 million per week to the NHS on leaving the EU; Jeremy Hunt assert his own academic credentials over two of the tallest titans of contemporary British science in disputes over healthcare quality under his stewardship; and Theresa May put pressure on NHS England Chief Executive Simon Stevens for having the temerity to challenge the sunny notion of a windfall (read, a cut in real terms) for health spending. In such times, it is surely difficult to feel optimistic about democratic governance in British health policy or anywhere else. Indeed, it is hard not be cynical.

That has certainly been the response in the public sphere, where media reports and popular satire paint such developments as nakedly cynical acts in their own right. But it is also the response from those closer to the heart of the action. In the health sector in the UK, social media provides a new outlet for a knowing form of gallows’ humour: frontline staff circulate biting hashtags on Twitter (think #iminworkjeremy) and vent their frustration through sarcastic Facebook memes. Civil servants, administrators and contractors remain wary of public criticism, but behind-the-scenes they typically express similar sentiments as well: indeed, these actors are armed with greater inside knowledge about the vagaries and pathologies of how problems are dealt with, decisions made, and policies interpreted and put into practice. They tell in-jokes to demonstrate their knowledge about just how futile the whole thing can feel. Fighting cynicism with cynicism, it seems, is the only way to cope.

The real puzzle, then, is why many of these same actors, from the front lines to the back office, cling so tightly to naïve ideals about how to make policy better. They know bad politics trumps good science, yet remain earnestly committed to the ideal of evidence-based policymaking. They are embedded in government silos that they know cannot speak to one another, but keep preaching the virtues of joined-up governance. They see how backstage politics overrides and undermines efforts towards transparency and citizen engagement, but continue by and large to promote innovative initiatives to democratize the policy process. They keep the faith in spite of deep and often bitter cynicism. This faith, at least in my experience, is not feigned or inauthentic, either; it is much more often earnest and thoughtful, informed by ongoing reflection, plagued by nagging doubts. So how can elite cynicism be reconciled with the strengthening faith in good governance ideals?

I have been wrestling with this puzzle for a little while (especially here and here). This talk introduces an embryonic book project that will extend this work in much richer detail. I want to argue, drawing on key case studies across health policy in the UK, that policy actors have good reasons for hanging on to ideals like EBPM, joined-up governance, transparency and citizen engagement in their practice. Namely, I will argue that pursuing these goals helps them a) to cope with the complex demands of contemporary governance, b) to channel their interests and values in persuasive ways, and c) to ensure buy-in from everyone in the face of eliminable complexities and conflicts.

The talk sketches out this argument and situate it in the context of policy scholarship which has taken a cynical turn its own right. Indeed, public policy research consistently shines a bright light on the drawbacks and unintended consequences of efforts towards EBPM, joined-up governance, transparency and citizen engagement; these ideals are increasingly seen to represent Holy Grails whose pursuit is foolhardy at best, and dangerous at worst. My basic message is that, while this critical scholarship is enormously important, it doesn’t tell the full story. Instead, by acknowledging that actors themselves are aware of the limitations, and exploring how they reflect on the implications for their work and for democratic governance more broadly, I present the pursuit of these Holy Grails in a new, more ambivalent light.