Should Scotland vote for what is best for Scotland? 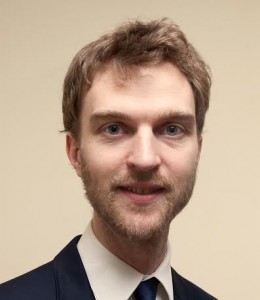 Kieran Oberman urges us to think ‘what is best for everyone affected by the referendum, wherever they live?’

The Yes and No camps are busy telling us that Scotland will be made better or worse off as a result of independence.  What they both seem to assume is that “what is best for Scotland?” is the relevant question to ask.  But why?  The referendum will have an impact on people beyond Scotland’s borders.  So isn’t the relevant question to ask, “what is best for everyone affected by the referendum, wherever they live?” Clearly, the outsiders who will be most affected are those living in the rest of the UK.  In the event of a Yes victory, politics within the rest of the UK is set for a shake up.  Currently, Scotland sends 59 MPs to Westminster.   Most are Labour; only one is Conservative.  So Scottish independence is likely to shift UK politics rightwards.  This rightward shift is unlikely to take the form sometimes imagined: endless Tory majorities.  Rather Labour and the Liberal Democrats will themselves shift rightwards in search of the new median voter.

This should be good news if you are on the right.  Scottish right-wing internationalists (if there are such people) have good reason to vote yes.  But for those on the left, it should be deeply concerning.  If the left is correct in thinking that right-wing policies worsen social injustice, then Scottish independence is likely to worsen social injustice in the rest of the UK.  Scottish left-wing internationalists may have reason to vote no even if, as the Yes camp claim, Scotland itself would better off on its own.

There is a global dimension to all this as well.  Scotland, post-independence, will not be a major international actor, but the rest of the UK will retain much of its influence.  A rightward shift in UK politics will mean a rightward shift in the UKs approach to foreigners: expect more hostility towards the EU, more loyalty to the US, even tighter immigration restrictions etc.

Left-wing Yes supporters will argue that an independent Scotland will offer a left-leaning role model for others to follow.  Whether Scotland will really be all that left-leaning is questionable. Surveys of political values reveal that Scotland is not actually that different to the rest of UK.  The problem the Conservatives have in Scotland might be due less to their right-wing policies as their perceived Englishness.  But even if Scotland did offer some kind of Scandinavian-style social democracy, the role-model argument seems far-fetched.  If the rest of the world wanted a Scandinavian role model to inspire it, it already has one: Scandinavia.  Moreover, large countries tend to ignore the affairs of smaller neighbours.  The UK’s ignorance of the politics in the Republic of Ireland is rivalled only by the US’s ignorance of Canada.

Some contend that the referendum will actually have little affect on UK politics.  They point out that Scotland has only been decisive in three British elections in the last fifty years: 1964, 1974 and 2010.   Two points on this.  First, three out of thirteen elections seems significant to me.  That is almost one in four.  Second, one only knows whether Scotland is decisive or not after an election.  Going into an election, party strategists must plan for all possibilities.  Given the possibility that missing Scottish votes will prove decisive in a post-independence election, Labour and Liberal Democrats are likely to play it safe and shift right-wards.  The idea that party strategists will simply ignore the loss of dozens of safe seats and plough on as before is hard to believe.

Now to some, all of these considerations are beside the point because they will reject the internationalist approach from the outset.  For them, the question “what is best for Scotland?” is the pervasive question in the public debate for a good reason: it is the relevant question. The idea that Scottish residents should countenance voting for the sake outsiders, while anticipating harm to Scottish livelihoods, will seem preposterous, even treacherous.  Scotland, like any other country, can legitimately put itself first when deciding its own affairs.

I certainly accept that the internationalist approach goes against current orthodoxy, but I want to question whether that orthodoxy is defensible.  For the question remains: what can justify the view that Scots should show greater concern for other Scots than for outsiders?  Every one is human.  Why worry about some human beings more than others, simply on the grounds of their geographical location?

That question is rarely raised in everyday politics, but it as a question that nationalist political theorists have sought to answer.  One of their most powerful arguments rests on an analogy between nations and families.  People are often entitled to do things for their family members that they need not do for strangers.  If your mother is in hospital, it is okay to visit her; you do not have to visit other patients as well. If you want to read a bedtime story to your child, you can do so without incurring the obligation to read to every child.  Families are often entitled to put their members first.

Perhaps nations are like families.  If the analogy holds, then it would seem permissible for nationals to prioritise fellow nationals.  But does the analogy hold?  One thing that seems important about families is that they are (usually) a site of love and intimacy.  It is arguably part of love and intimacy that it involves prioritisation.  By visiting your mother in hospital, you express your love for your mother.  In reading to your child, you experience intimacy with your child.  No such argument from love and intimacy can be made in the case of nationals.  The vast majority of our fellow nationals are strangers we will never meet.  A person who refuses to award her fellow nationals priority status does not thereby miss out on a loving, intimate relationship.

Anti-nationalists, moreover, have their own analogies.  Clearly there are cases in which it is unjust to award one group of people priority status on the basis of a morally arbitrary characteristic.  Racism, sexism and sectarianism are wrong.  What makes nationalism any different?

The left, which often prides itself on its opposition to arbitrary discrimination, has had an uneasy relationship with nationalism.  This is true as much in Scotland as elsewhere.  Johann Lamont, the leader of the Scottish Labour Party, has described nationalism as a “virus that has affected so many nations and done so much harm”.  Strong words.  But if nationalism is to be rejected and internationalism embraced, then the Scottish Labour Party, along with everyone else, should be prepared to accept losses for Scotland for the sake of outsiders.

This article has so far suggested that right-wing internationalists have reason to vote yes and left-wing internationalists reason to vote no.  But let me end here by saying a little to redress the balance.  The SNP are promising the removal of British nuclear weapons from the Faslane naval base.  If they deliver it would add pressure on the UK to scrap its weapons altogether.  Whether that possibility lends one reason to vote Yes depends on how one feels about nuclear weapons.

Moreover, once one adopts the internationalist approach, some of the No camp arguments lose their force.  Consider the argument that an independent Scotland would lose out on being part of a country whose influence is disproportionate to its population size.  From an internationalist, and democratic, perspective, that does not seem such a bad thing.  The UK’s disproportionate influence is unfair – a product of colonialism and power politics.  The UK does not deserve its permanent seat on the UN Security Council, for instance, and were the UK to lose it upon a Scottish exit, as some warn, that should be welcomed, especially if it meant a shake up in which poor countries achieved a greater say.

4 Responses to Should Scotland vote for what is best for Scotland?