What future for childcare? 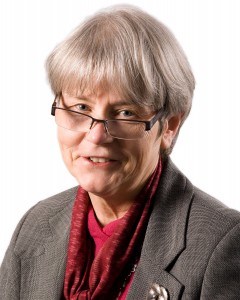 Professor Bronwen Cohen asks what future for childcare beyond the referendum.

One of the questions not asked in the Referendum debate on the 5th of August was what the result might mean for childcare. A key issue for many families, survey evidence suggests that this is an area where people think independence could help (McAngus 2014). And it might well have formed part of the discussion on how public spending can be maintained as the working age population decreases. So what questions should be asked of the two campaigns?

All of the political parties in Scotland broadly recognise the importance of what is referred to across the UK as Early Learning and Childcare, and internationally as Early Childhood Education and Care (ECEC).  The terminology recognises the many benefits to young children as well as their importance to parents. And there can be little doubt of its importance in reducing levels of child poverty and inequalities in access to services. Families with pre-school children are the largest single group living in poverty and these families are the least likely to be making use of formal services (Cohen 2011).

All parties are signed up to improving access to services. But this is an issue which not only demonstrates their different approaches to public welfare but also illustrates the problems posed for the Unionist parties by the split responsibilities for ECEC at Scottish and UK levels of government. Although the Scottish parliament legislates on the supply of early education and family services, the Westminster parliament is responsible for the tax credits and benefits which have been used to boost ‘demand’ for services, and has also led on a variety of other programmes including  the Treasury initiated  Sure Start programme.

On offer from the SNP, post –independence, is a universal high quality ECEC system for all children from the age of one to when they enter school, through a progressive extension of the entitlement to free early learning and childcare. (Scottish Government 2014)  By the end of the second Parliament this would give three and four year olds and ‘vulnerable’ two year olds access to the same number of hours as primary school children. It is argued that this is only possible through independence, because it requires investing directly in services rather than subsidising demand, with funding ‘following the child’, through the tax and social security system. Its sustainability is linked to its simplified structure and, crucially, tax revenues resulting from increased labour market participation and job creation, as well as benefit savings from an associated reduction in poverty. Following independence, these would accrue to the Scottish and not the UK government.

The argument for these proposals is well supported by international evidence on the advantages of universal integrated ECEC systems and the use of supply–side funding, both in terms of cost effectiveness and ensuring more equal access to services.   (Gambaro et al. 2014; EC 2011; Penn 2009; OECD 2006). And whilst some questions have been raised over detail around the initial costings (SPICe 2014) there can be little doubt that it is a cost effective model able to meet, in an integrated form, the variety of functions expected of ECEC services.  When fully implemented, it would almost certainly considerably diminish current inequalities in access to services.

The questions that might be asked relate to what the White Paper does not contain. Perhaps the most obvious gap is the absence of any mention of school-age childcare and, more generally, the role of schools. Providing pre-school children with access to hours equivalent to primary school highlights one of the problems confronting parents at present – the mismatch between their hours and those of schools.  So it would be good to hear how more effective use can be made of schools in contributing to the care as well as education of both pre-school and school age children. High maternal employment rates in Norway (83-86% of preschool mothers, predominantly fulltime compared with 63% of Scottish mothers over half of whom work part-time) reflect the more extensive hours of their kindergartens and statutory entitlements to school –age as well as pre-school childcare  – usually provided in schools (Cohen and Rønning forthcoming). In other words, the more ambitious the plan, the more likely it is to deliver the economic as well as the social and educational benefits.

To those urging us to vote NO, we need to ask what lessons have been learned from the UK/Scottish split in ECEC responsibilities and whether the proposed additional tax and social security powers would include childcare tax credits and benefits and, over time, enable the transfer of this resource to direct funding of services and for recouping the tax revenues. Without this, the current expensive mixture of demand and supply funding and associated inequalities in access is likely to continue.

Would the adoption of a federal structure by the UK, proposed by the Scottish Liberal Democrats (SLD) (2012) and now adopted nationally, make a difference? Its decentralised approach has much to commend it and Canada’s federal structure has not prevented Quebec from developing a distinctive ECEC system, particularly notable for having reduced inequalities of access through its $5 a day cap on childcare fees, introduced in 1997.  But the SLD proposal  – now adopted nationally – reserves welfare to the UK as a whole. Moreover, the experience of Quebec suggests that federal governments still like to reach out to the people directly through programmes and tax benefits of their own, seeing this as a way of maintaining national identity. (Allen 2012)

This would matter less if the UK system did not involve the current mixture of demand and supply funding, and if there were shared aspirations across the UK for delivering ECEC.  Ironically, the best hope of achieving this might well be through working at EU level – as the Scottish Government is currently doing –in using the 2011 Communication on Early Childhood Education and Care as a basis for addressing key issues such as integration and quality.  The EU played an important role in legislating for maternity and parental leave provisions. The UK has been one of the member states that has discouraged a similar legislative approach to developing entitlements to ECEC services.

So the final question to both campaigns might be: will they support a stronger ECEC framework at EU level?  Where does a more substantial role for EU social policy feature in the discussion over Scotland – and the UK’s – EU membership?

For further reading on the subject, please visit: http://www.futureukandscotland.ac.uk/further-reading-childcare

Bronwen Cohen is Honorary Professor in Social Policy at the University of Edinburgh. This piece is a follow-up on work published by Professor Cohen in August 2003.

1 Response to What future for childcare?